When I first took up cigar smoking like many I picked up a Macanudo. It was a nice entry into cigar smoking back in 1998, but thankfully I quickly switched brands. After spending close a year smoking nothing but Padron 2000 naturals, I began venturing out. I’ve always been a creature of habit, and when I find something I like I tend to stick with it. For a long time it was the Domaine by Avo, specifically the Domaine 50.

Today’s cigar is a perfect example of why one should never put too much stock in a the prelight draw, but more on that later. According to Avo, the Domaine is his most personal blend. It was specially crafted for the connoisseur and is composed of highly aromatic tobacco harvested from his private estate.

The Look: The Sungrown wrapper that adorns is Avo Domaine is a hybrid Connecticut/Cuban seed grown in Ecuador. There are some veins on the cigar that stand out slightly, and it feels gritty in the hands. There is also a color variation that is noticeable on the cigar which gives the roll some seams. The new band has some gold foil and earthy coloring to it. On this particular size the cigar comes to a perfecto tip that is perfectly executed. In the hand the cigar has a hefty weight and a few soft spots near the foot which should help on the initial draw.

The Notes: The cold draw of the Avo Domaine 50 for me has always had a hint of mildew, yet it remains my favorite cigar in the Avo brand. Thankfully, the mildew notes never appear in the smoke itself in my experience and as a result it should never ever be judged before lighting it up. The foot of the cigar has some barnyard notes of earth and hay.

Once the cigar is lit there is that classic Kelner experience that one has come to expect on the initial draw of his cigar and that is barn. There are notes of hay, and dirt and a rich buttery note as well. As we work past the nipple of the perfecto the cigar loses some of that earthy component and becomes buttery with a hint of spice on the finish.

In the second third of the Avo Domaine there is a roasted nut note introduced that becomes the focal point of this wonderfully tasty cigar. At the half way point of this savory cigar there are some cedar notes introduced and the aroma is slightly floral.

The last third of the cigar returns to the roots of the first third with some earthy notes and hay. There is also a sweet cocoa note that has is noticeable on the finish. The aroma is really noticeable as the cigar dwindles down to the nub and there is some pepper notes on the retrohale.

The Burn: Many times a perfecto will start with a really tough draw due to the small tip however, the Avo Domaine 50 had a nice open draw from the first light to the last puff. While it lacked a little bit of resistance that I like to see in a cigar, the smoking time on this was well over an hour. The burn line was symmetrical and the mascara line was razor-thin denoting the cigar is well aged.  The light color ash held for the first half of the smoke before dropping off in the ash tray.

The Finish: I know a lot of people might read this review and be taken back by the pre-light notes of the cigar, but I can’t express enough how one needs to look past that. The result is a Avo cigar with a lot of flavor and a performance that is extremely enjoyable. Like the Avo tagline says, Savor Every Note which is easy to do with this winner. 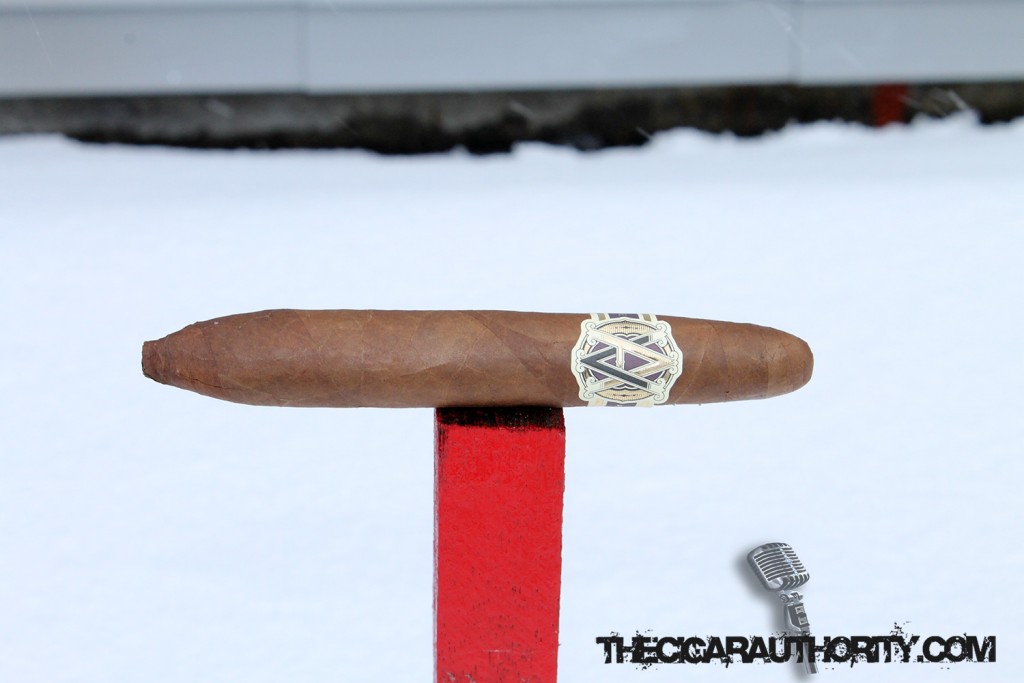 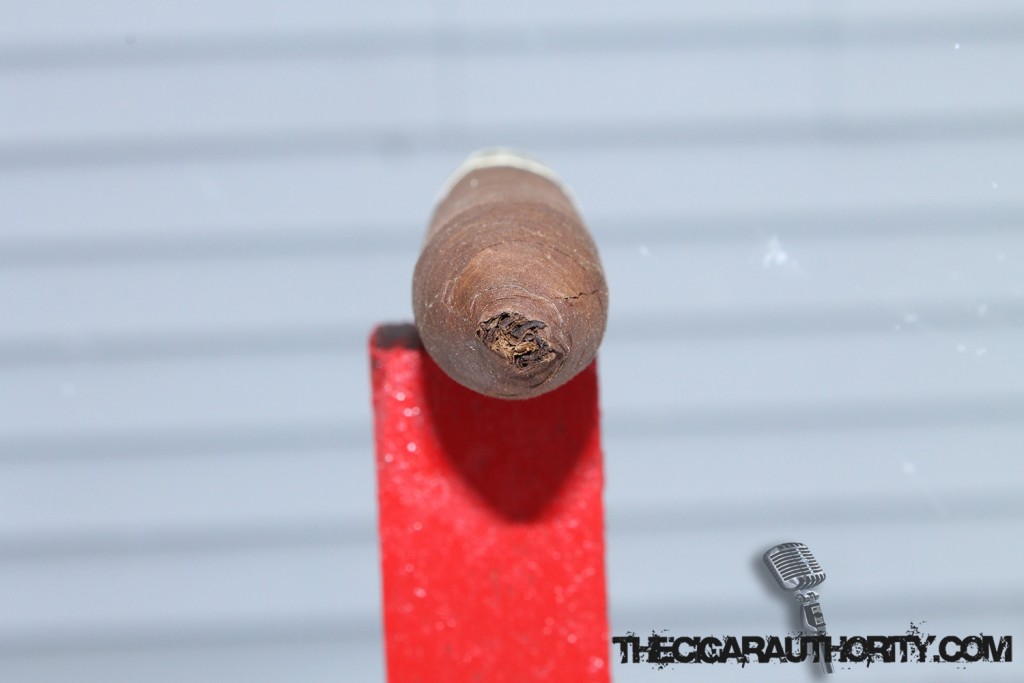 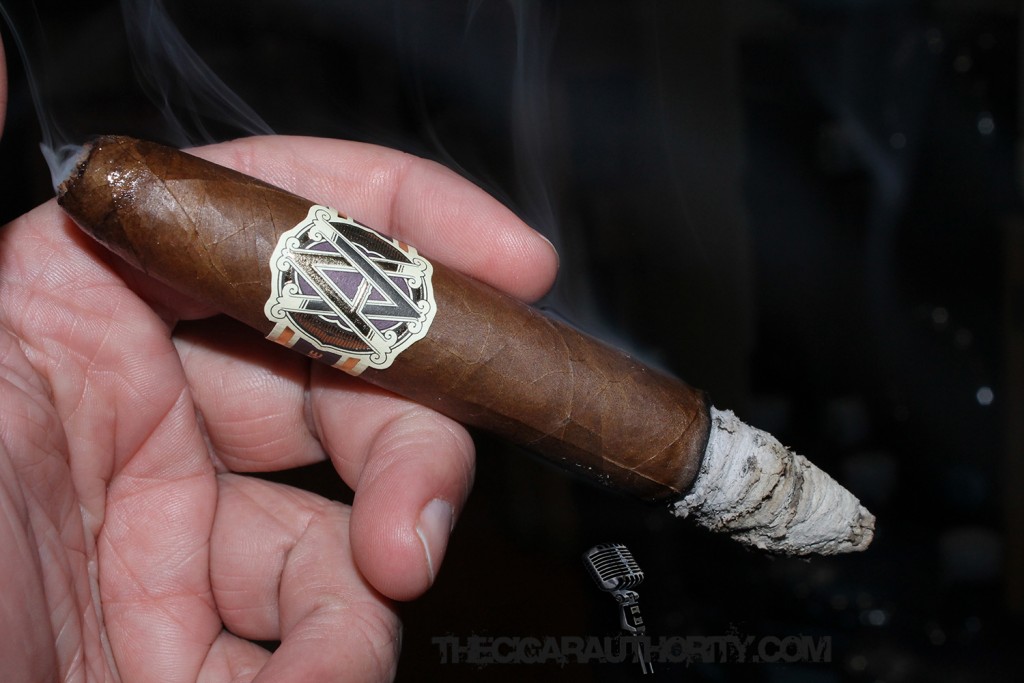