Based on the press release the Laranja by Espinosa was a cigar I was most curious about. One, it utilizes a Brazilian wrapper, which is amongst my favorite, and the other was the press release stating that the wrapper was orange, for which the cigar is named. Laranja is the Portugese word for orange.

Researching the tobacco, I was unable to find a reference to it, and I wonder if this was fabricated to increase the sell. Let’s face it, marketing is important, but not as important as the overall taste of the cigar. So let’s see how that plays out as we smoke the Laranja Reserva from Espinosa.

The Look: When I read the press release I expected the cigar to have the color of Gossamer. However, it is safe to say I am disappointed. The cigar has accents of orange on the band and on the ribbon at the foot. This does help give the milk chocolate in color wrapper the appearance of having a slightly orange hue to it. The wrapper is loaded with oils, has an amazing looking roll and the thinnest of veins present.

The Notes: Using my double-bladed cutter I take in the prelight which took a couple of pulls to reveal notes of figs and raisin, while the foot of the cigar offered up some cinnamon and a little bit of pepper. Using a single flame lighter, the cigar lit easily and the initial notes were anise, pepper and cedar. A lot of flavor right off the bat, which reeled me in.

In the second third of the cigar it seems to hit a bit of a lull, cedar becomes a focal point but there isn’t that much going on. There is  a lot white pepper through the nose which makes the retrohale a little tough and on the finish it is earthy.

The last third of the Espinosa Laranja Reserva seems to come alive again with an orange rind note making me think this might pair well with a Blue Moon Beer. It concludes with notes of cedar and citrus and an exorbitant of pepper through the nose.

The Burn: With the cigar lit, and less than a quarter-inch in, I noticed that there was a lot of smoke coming off the cigar. Personally, I love this in a cigar as it adds to the romanticism of the leaf. The burn at times was razor-sharp and at other times it was slightly jagged. My lighter remained in my pocket from start to finish as the smoke never needed to be touched up or relit.

The Score: The Laranja for me while good just didn’t deliver the wow factor I now look for in a cigar. At $10.50 a stick its something I wouldn’t smoke on a regular basis but would reach for every now and again. The high cost of tobacco from Brazil played into the pricing I am sure as the cost per pound of tobacco from this region of the world has risen dramatically over the years. 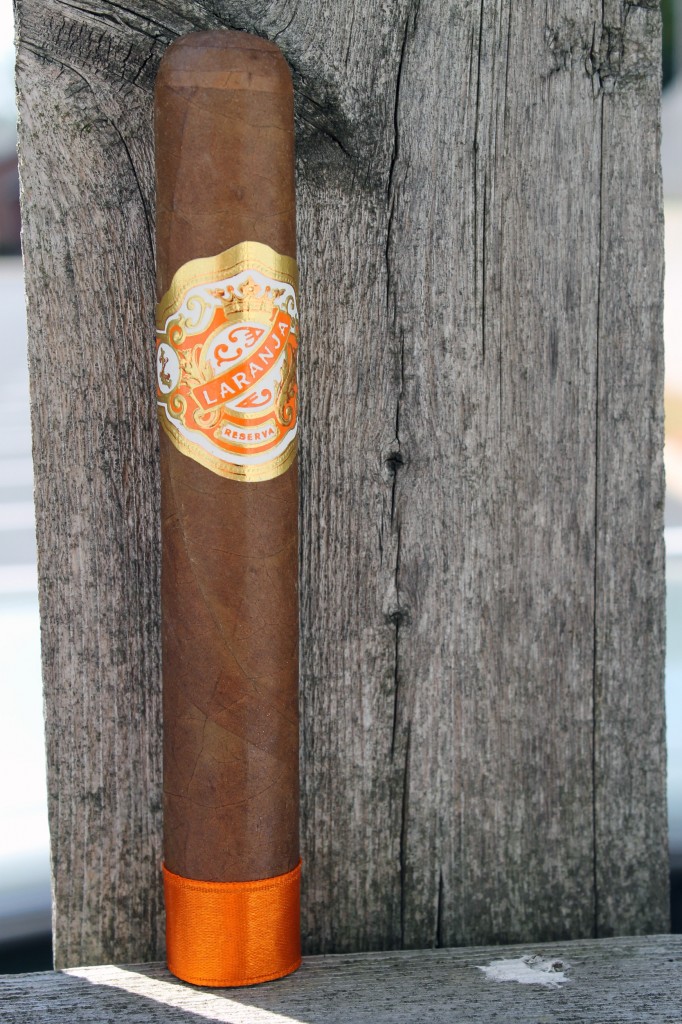 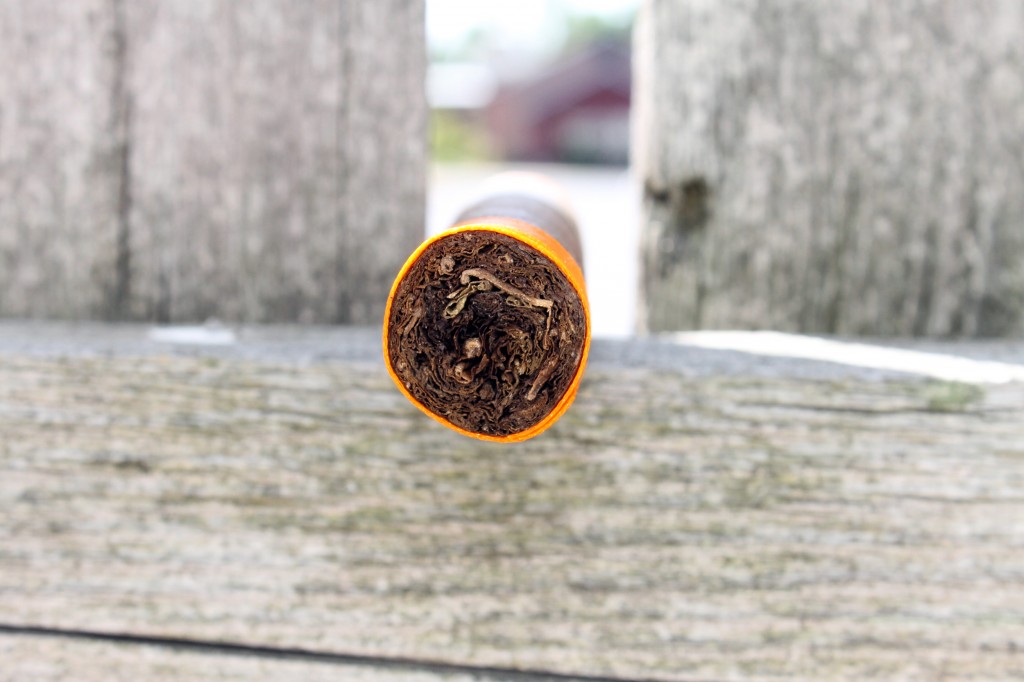 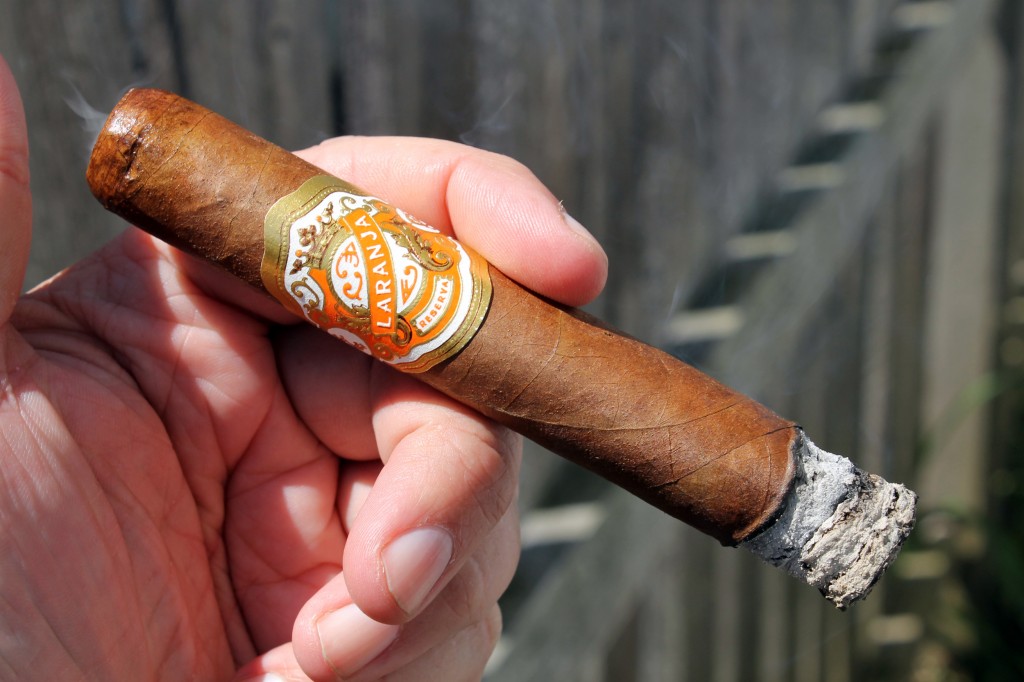