In June of 1995, Christian Eiroa began his illustrious career in the cigar industry when he began working for his father Julio at Caribe. It was also that year that the Eiroa family purchased Camacho and made Christian Eiroa a household name among cigar aficionados.

In 2008 he would sell Camacho to Davidoff; and today he focuses on his own company CLE Cigars which he started in 2012. The Eiroa First 20 Years is a celebration of his two decades in the cigar industry and the cigar which is available in four sizes is made in Danli, Honduras at El Aladino.

The Look: The Eiroa First 20 Years is box pressed and features a cigar band that is red, gold and black. The maduro appearance of a wrapper is coarse under the fingers with thin veins and is flawlessly applied to the cigar. In the hand the First 20 Years is firm with no soft spots and average weight to it.

The Notes: The foot of the Eiroa cigar has the nose of cinnamon and cedar, but there is also an element that is reminiscent of a freshly opened box of Topps Baseball Cards and the powder that coated the bubble gum. The cold draw is earthy and meaty with a faint sweetness.

Based upon the cold draw of the cigar I was sure what to expected once I lit it up, but once I did there was a distinct cacao note that was dominant throughout the first third. As we progressed there was some espresso notes and a the faint wisp of cinnamon.

In the second third of the cigar a strong espresso note takes over and reminds me of roasting coffee beans on the nose. The cacoa remains but it is more of an after thought, and some elements of nuts and earth develop on the finish.

In the last third of the cigar the retrohale develops elements of cinnamon while the palette continues to be enveloped by the aforementioned notes of cacoa although they are turned down a notch from the first two-thirds.

The Burn: A slow burning robusto, the Eiroa First 20 Years featured a razor-sharp ultra thin combustion line. The marbled colored ash held for the first quarter and each subsequent quarter of the cigar. The draw was perfection and the stick remained lit from first light to last puff.

The Finish: For me the aroma of the cigar was worth the price of admission alone, and this might just be Christian’s best cigar in my opinion since the original 11/18 release that came in boxes that needed to be unscrewed. Reading the review, the cigar might come off as one-dimensional but the flavors were so distinct and spot on while being different then the masses made them special. Definitely a great tribute to 20 years, we at The Cigar Authority are looking forward to the next 20 years from Christian Eiroa. 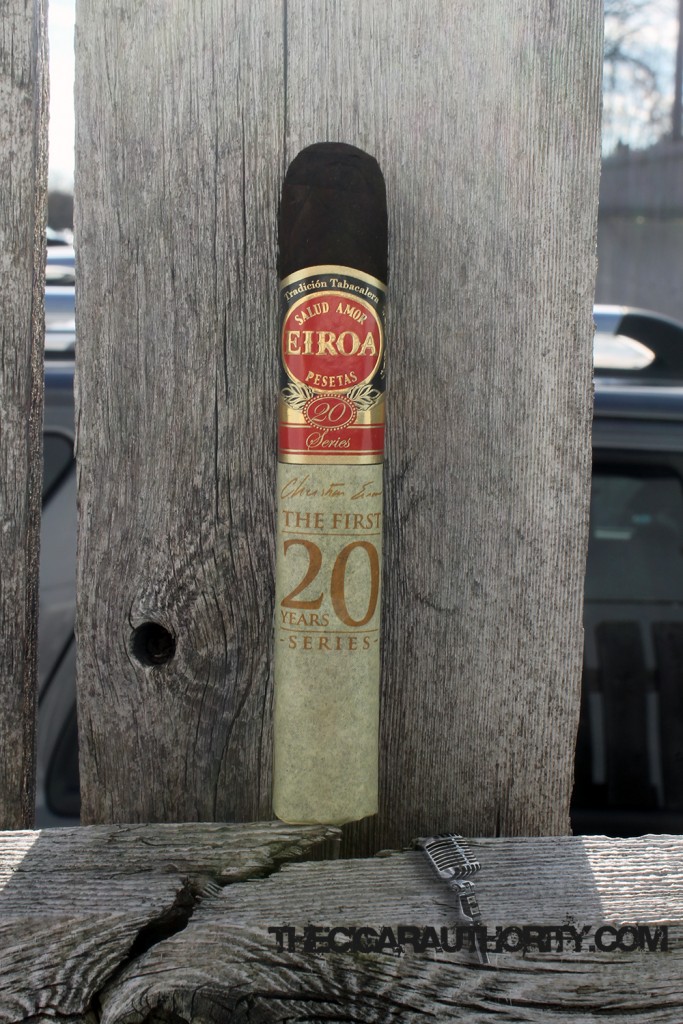 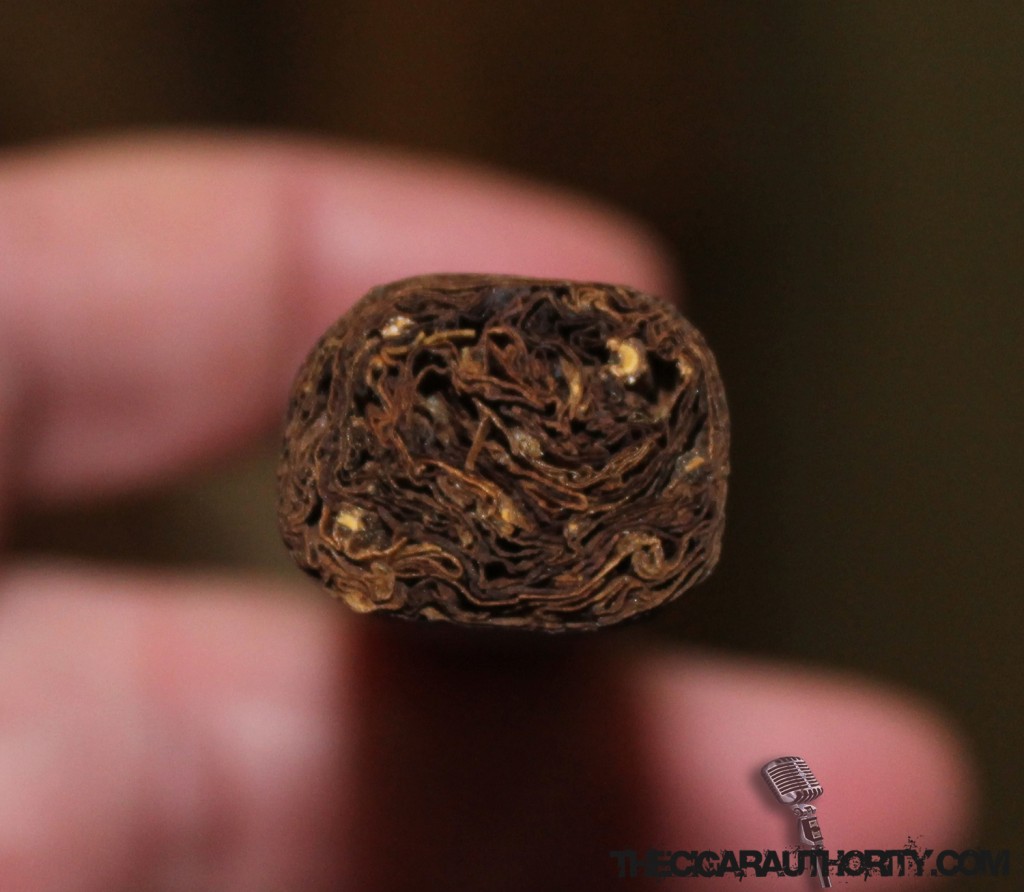 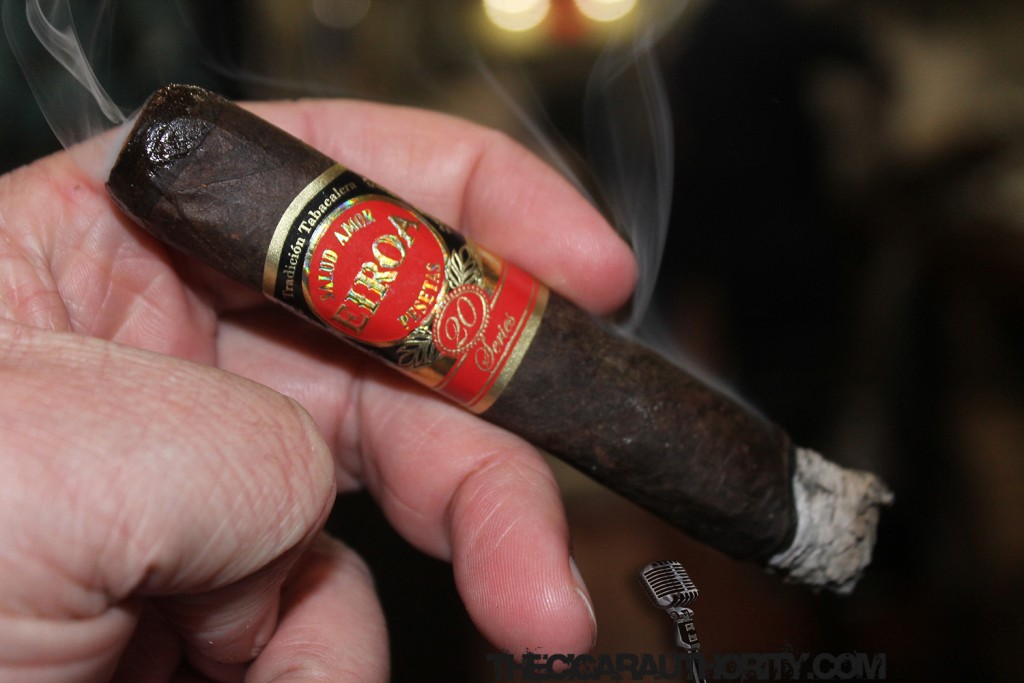