Earlier this year we had Justo Eiroa in town for a series of events to launch the Aladino Maduro and to be a guest on The Cigar Authority. While in town he offered up a sample of this cigar with a band that he said was just a place holder. I practically begged him that he had to use that band on the release of the Aladino Corojo Reserva. He wasn’t sure, but I passionately argued that the band was a throwback to the family history. He promised to discuss it with his father Julio and he would take it into consideration. A couple of weeks before the IPCPR trade show he reached out to me to inform me that decided to go with the band that I loved.

The Look: Packaged in a wooden box of 20 cigars, the box has feel to it that is familiar with its convex hexagon shape. Inside the box sits 20 cigars that are sans cello with the lower half wrapped in tissue paper. The stick features two bands with the secondary band denoting Corojo Reserva and the primary band that is reminiscent of the old Camacho bands, with the “C” replaced by an A and the brand name Aladino above it. Wrapped with a rustic looking Honduran Corojo wrapper it is firm to the touch with no soft spots and nicely packed foot.

The Notes: Prior to lighting it up were clip the cap and the cold draw reveals a taste of cedar, earth and cashews while the aroma off the foot has a heartier cedar component, subtle spices and a lingering sweetness. Once the cigar is toasted the first notes are peppery.

Moving into the first third as the pepper pulls back some there is a rich cedar note that is joined by an equally present earth and a touch of dark espresso. The retrohale on the Corojo Reserva is loaded with an almond finish that lingers on the aroma as well.

The second third sees the earth becomes the dominant flavor profile as cedar becomes more of an afterthought. The retrohale of the cigar sees some pepper begin to develop but the almond on the retrohale really shines as the strength kicks it up a notch.

As we finish this outstanding cigar, the notes of coffee begin to emerge as the dominant flavor profile and a touch of wood. The almond like sweetness doesn’t exist on the retrohale which has some spice and the cigar has a long leathery finish.

The Finish: When Aladino came out, we were floored. We named it our cigar of the year. Then the Aladino Maduro came out and some talk of a repeat for cigar of the year entered the conversation. Now with the Aladino Corojo Reserva the brand reach yet another plateau. This is an amazing smoke, that is reminiscent of a Honduran cigar from the past. It’s box worthy and an incredible cigar. 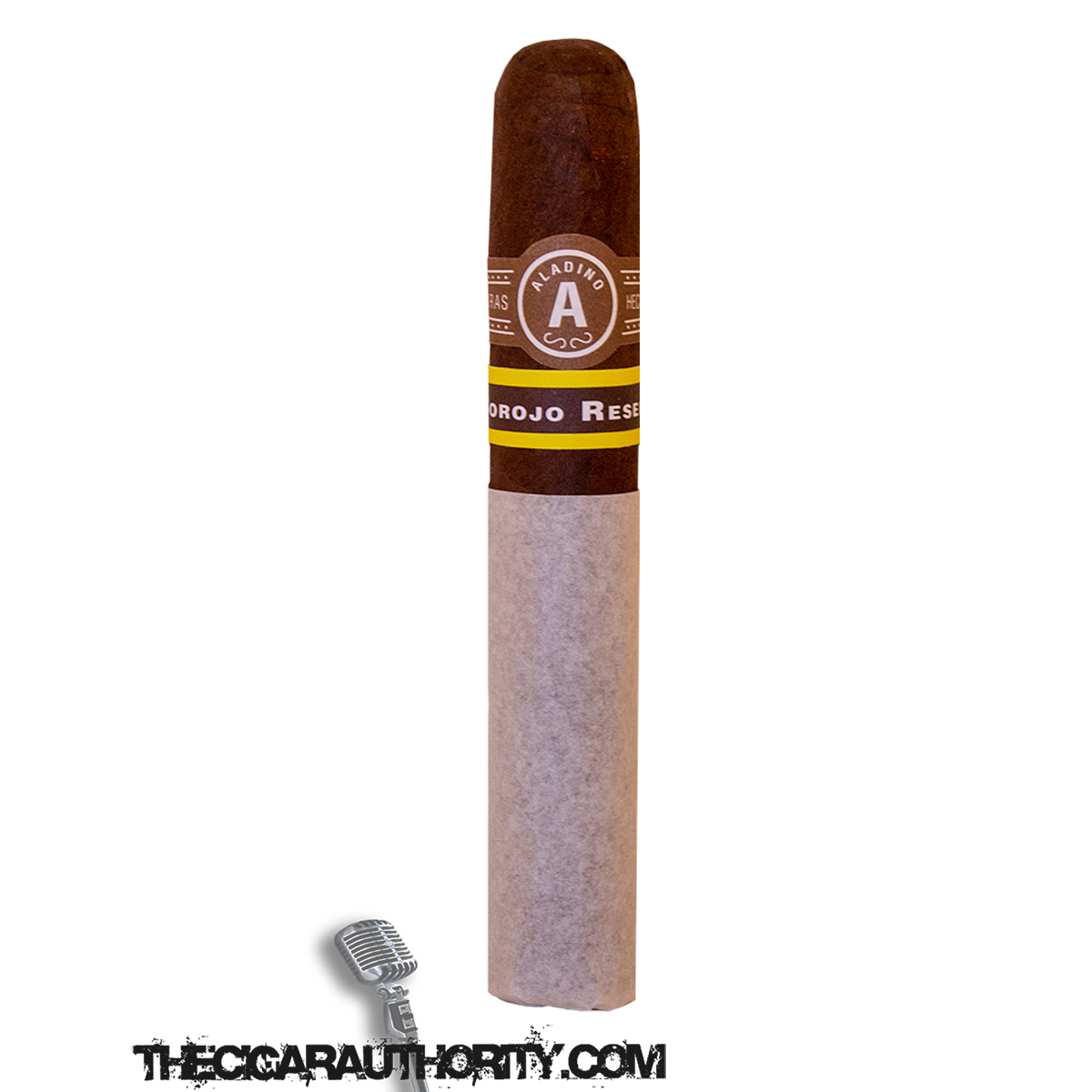 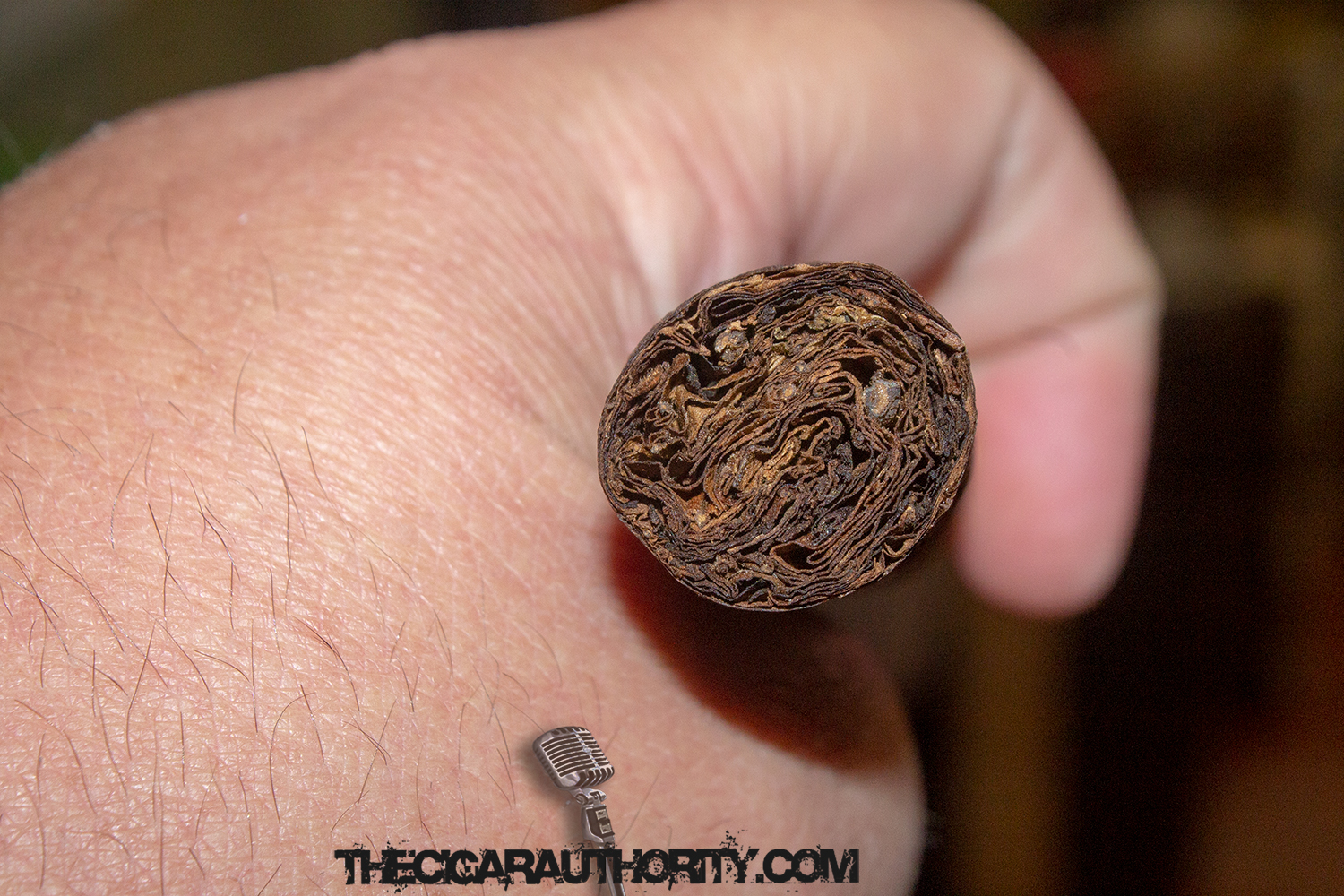 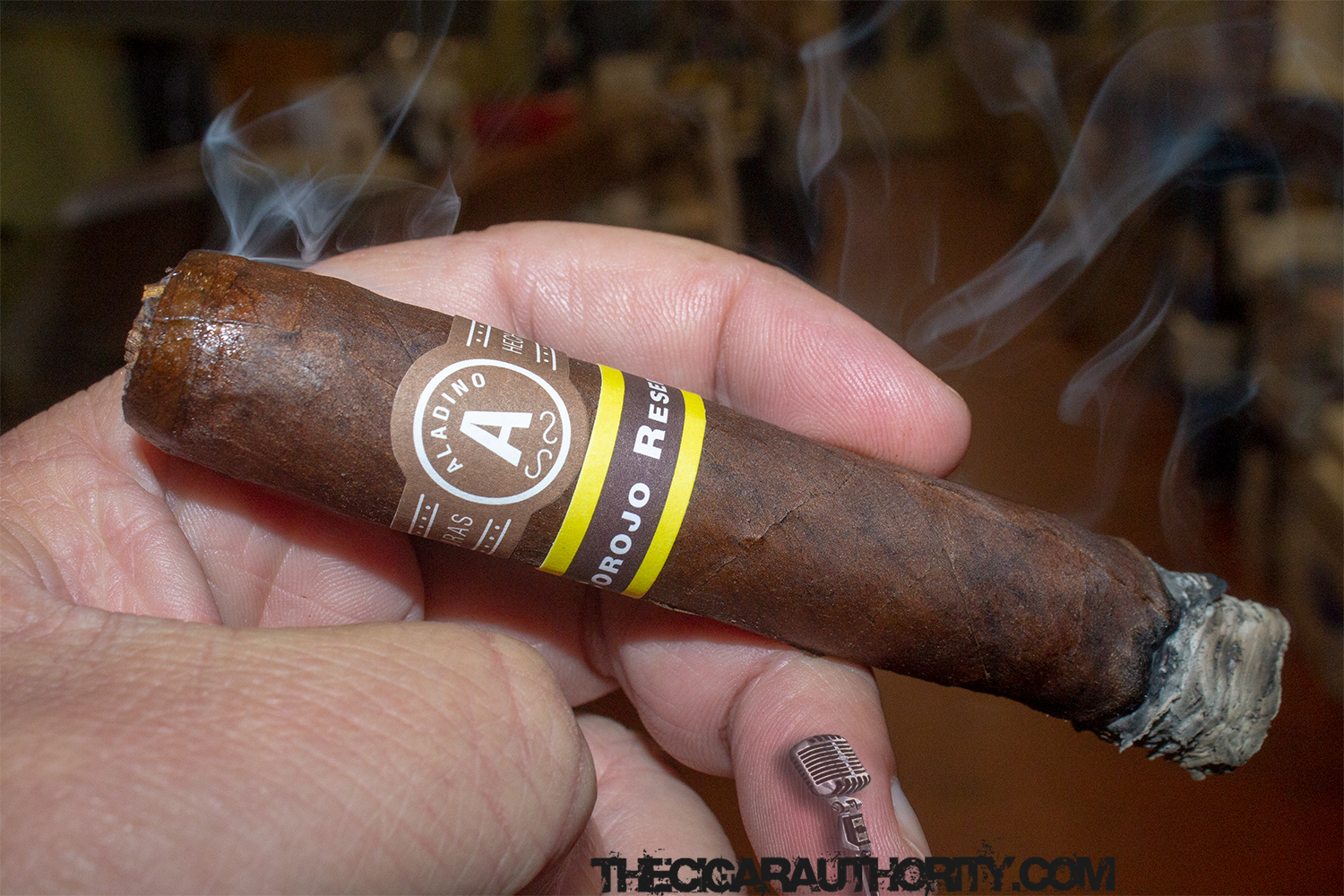