There were a lot of great cigars released in 2017. So much so, that when people purchased the Contenders Pack to cast their vote, a vast majority responded how difficult this year was to choose from and/or how great the choices were. As the votes came in and were compiled, one cigar stood out from almost the beginning taking a lead shortly after voting began and never relinquishing that lead. That cigar is the Aladino Robusto and today we offer our official review of the 2017 Cigar of the Year.

The Look: Aladino Cigars come to us from JRE Tobacco which is a family centered company, founded by Julio R. Eiroa and his son Justo M. Eiroa. The cigars come from their crop to shop operation in Honduras where they are packaged in 20 count boxes featuring inside lid artwork from an old Cuban magazine that takes us back to the glory days of cigars when gentlemen would wear suits fedora’s. The cigars feature a band of brown and silver with an A in the center and a touch of yellow with the name Julio R. Eiroa. The Authentic Corojo wrapper is pristine in appearance and in the hand the cigar is firm with no soft spots and a well packed foot.

The Notes:  The aroma off the foot has a subtle manure like aroma with touches of earth and the faintest hints of spices. Once we clip the cap the cold draw serves up touches of oats, hay and cedar. Now some people might read this and see the mention of manure on the aroma and be turned off. However, this is the highest compliment you can pay toward tobacco as it is a compliment to the soil, and growing of tobacco.

After we patiently toast the foot of the cigar and light it up, the first note experienced is cedar and it lingers on the palate as we enter the first third of the Aladino Robusto. The cedar notes are quickly joined by touches of brown sugar, and a subtle sweetness. The retrohale of the cigar adds some black licorice notes to the mix especially on the finish of this incredibly smooth and balanced smoke.

The second third of the cigar sees the notes of cedar remais consistent although they are more subdued and in the background by the the time the cigar reaches the half way point. The center portion sees additional notes of orange rind and cream while a touch of cocoa appears on the front end of each puff. The retrohale of the cigar sees the continuation of anise and growing pepper notes while the finish of the cigar is woodsy with an abundance of cedar.

The final third of the Aladino Robusto sees the anise notes transition from the retrohale to the primary note as the still holds on to touches of cedar. Also included in the mix are nuances of cinnamon with an abundance of pepper on the retrohale.

The Finish: There is a saying what’s old is new again and if you have been smoking cigars since the 90’s you might remember the original Camacho Diploma which came from the Eiroa family. That cigar was 100% authentic Corojo just as the Aladino is today. Lighting one up takes you back to that masterpiece with a modern twist in the form of a lot of complexity. The Robusto is our 2017 Cigar of the Year although any size of the line could of easily been chosen. It’s an instant classic. 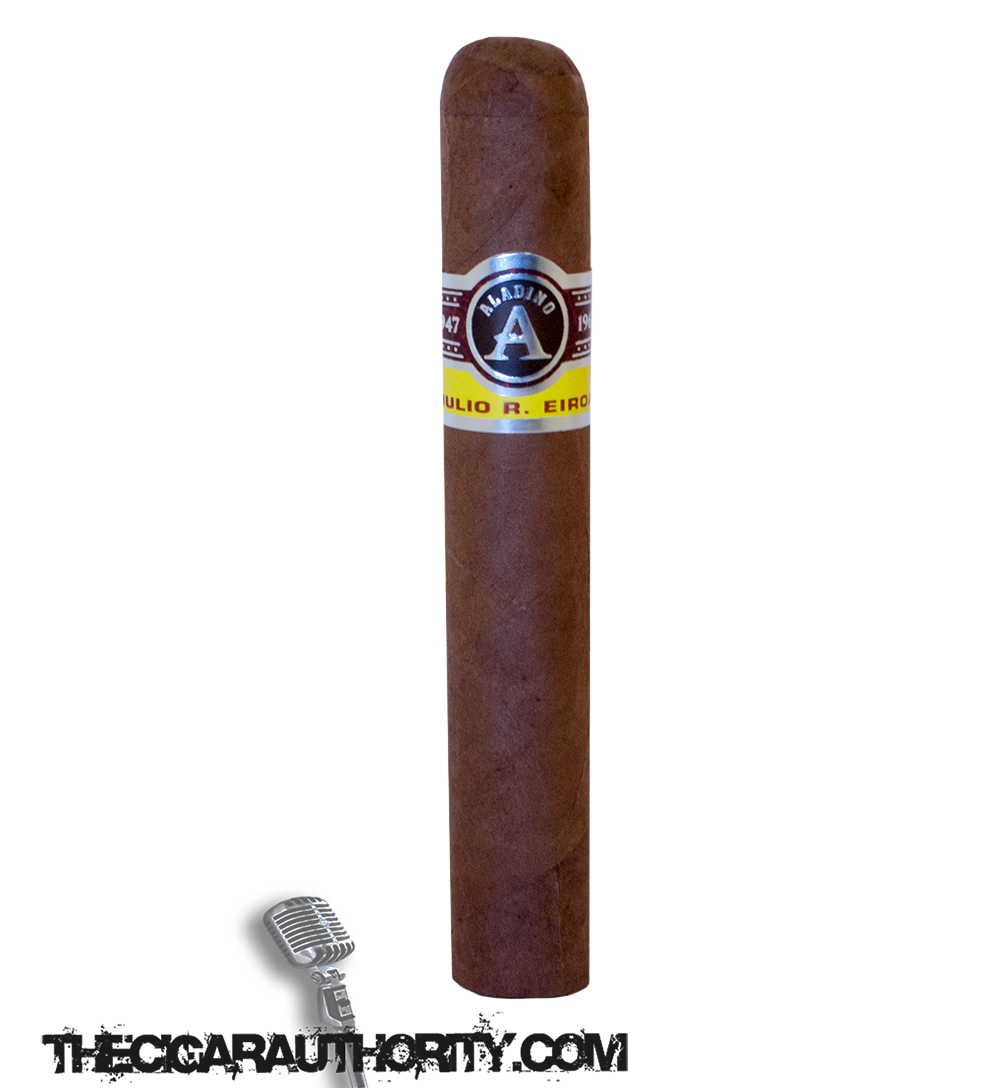 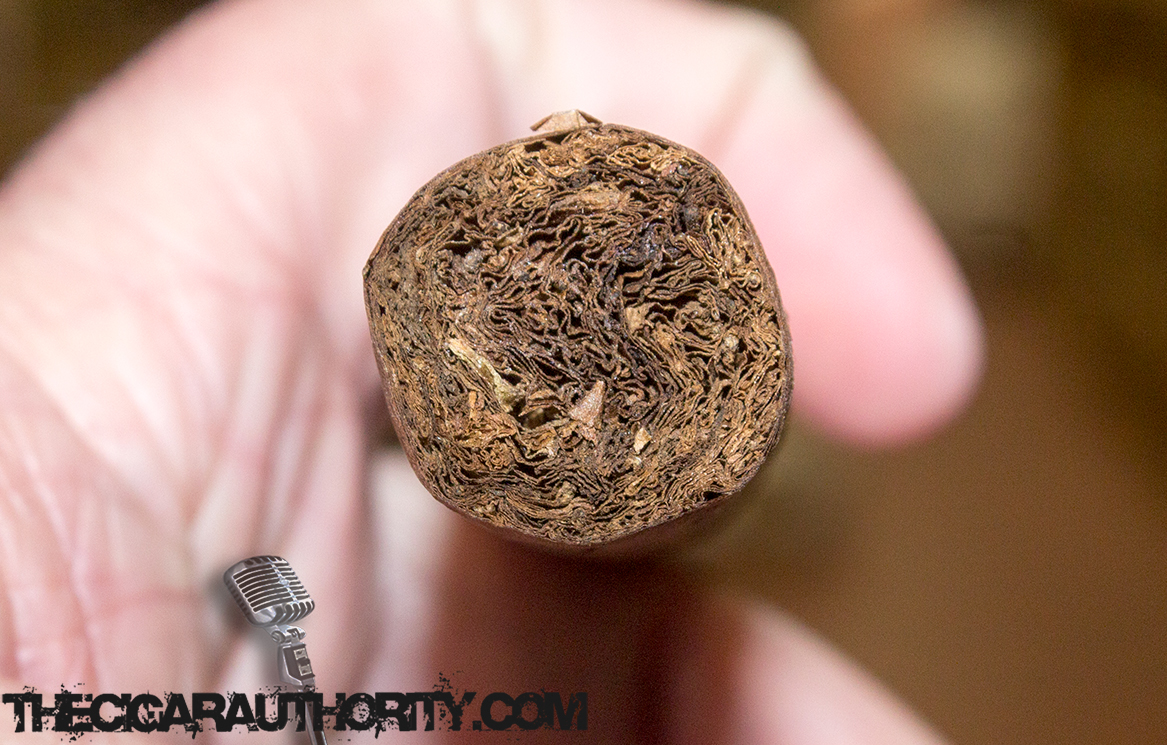 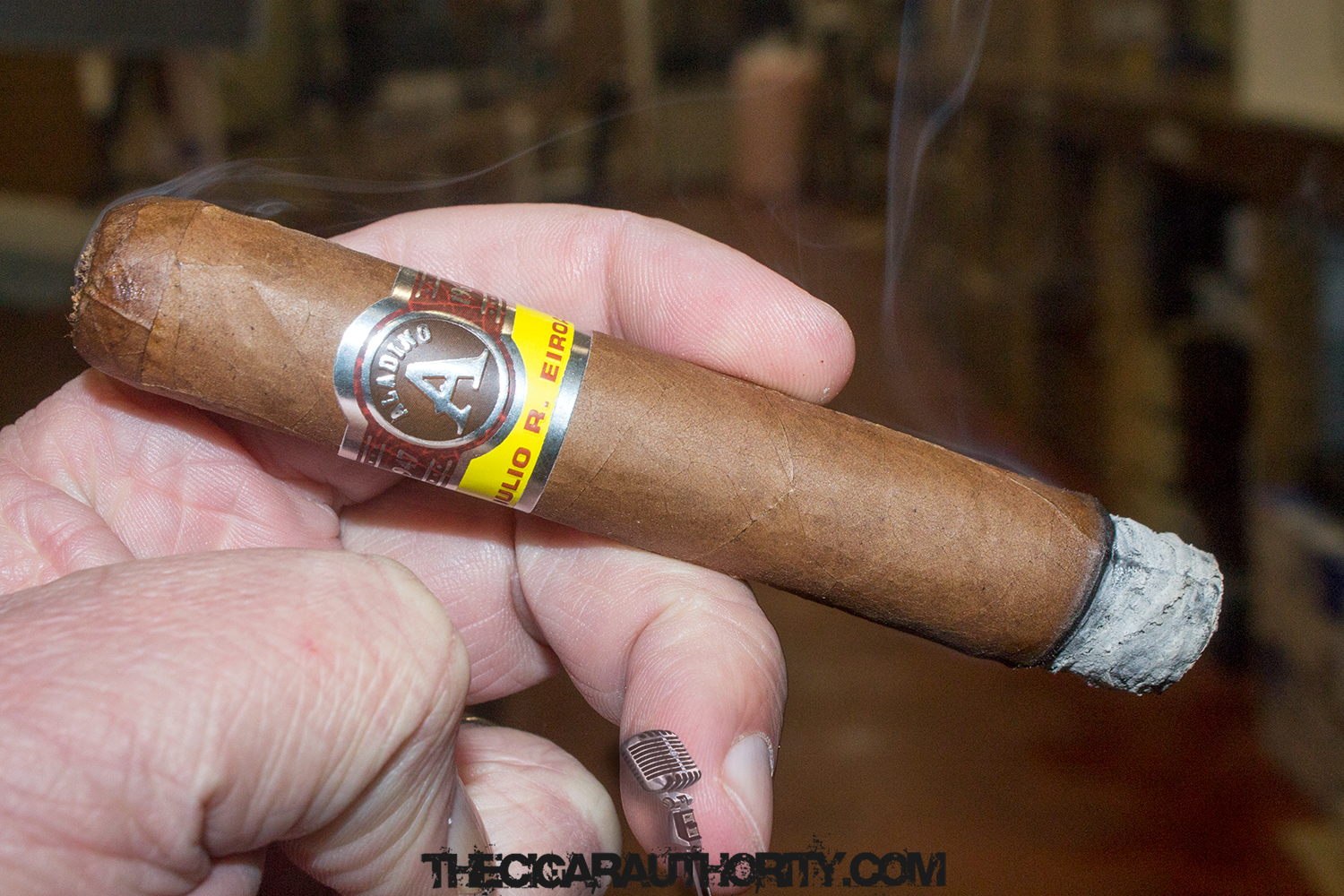