Today is day 3 of smoking on a budget and we take a look at a relatively new brand that came out less than a year ago. Charter Oak is available in both a Connecticut Shade and Connecticut Broadleaf wrapper. It’s made by Foundation Cigar Company which is owned by Nick Melillo who made his name while working for Drew Estate.

In naming the cigar, Melillo chose a name that represents the greatest symbol of his home state Connecticut, the Charter Oak. Historians estimate that this unusually large Oak tree began growing sometime during the 12th century on a plot located on what is now downtown Hartford. Native Americans, who by the way cultivated tobacco nearby long before settlers, held councils beneath its massive branches. The tree is actually mentioned in Dutch Explorer, Adrian Block’s journey guidebook in 1608. By the mid 1600’s the plot was parceled and a farm was built with the agreement that the local tribe could share this sacred tree. In 1662 King Charles II issued a Royal Charter to the Connecticut Colony granting an unusual degree of autonomy. However, when his successor, James II appointed an English Governor-General to reclaim the Charter, it was hidden in what became known as Charter Oak, one of our countries greatest symbols of American Independence.

The Look: Much like the Tabernacle, the cigars come packaged in a slide top box, but that is where the similarity ends. The wood is more of a natural cedar with the Charter Oak front and center. If the tree looks familiar to you, it is the same tree on the back of the Connecticut quarter. Inside, the cigars sit in two rows of 10. The Connecticut Shade wrapper has a few veins, but nothing out of the ordinary. The foot of the cigar is closed and it has a nice weight in the hand with no soft spots.

The Notes: Once cap is removed with my Jaws cutter, the initial notes are extremely complex. There is a creamy richness that reminds me of home-made ice cream with notes of vanilla, cocoa and cedar. The aroma coming of the wrapper is ridiculous in a good way with a sweetness that is reminiscent of the aforementioned vanilla.

Once the cigar is quickly lit due to its covered foot, there is a hit of white pepper, that fades rather quickly. As we move into the first third of the Charter Oak CT Shade the primary note is nutty while being exceptionally smooth. The cigar is creamy with hints of sweetness and cedar. The retrohale of the cigar has some more white pepper and a touch of cinnamon.

The aroma off of this cigar continues to really stand out giving the cigar a sweetness to it. The primary notes continue to be nutty, with a smooth creamy finish. There cedar notes remain, but they are more of an after thought at this point. Through the nose the white pepper is toned back a notch and I still get traces of cinnamon.

Moving on the last third of the Charter Oak, I can’t help but be impressed by how much flavor  there is for this Connecticut Shade smoke. It’s not your typical Connecticut as it does have a Nicaraguan flair to it. The notes remain nutty with an abundance of cedar that has shown up once again. It has a relatively short finish, with some pepper through the nose.

The Finish: From IPCPR, we had a few samples of Charter Oak. I opted for the Broadleaf at that point, where as my co-worker chose the cigar I reviewed today. At that time, he raved about how he believes this cigar will be a big seller. I was a bit skeptical, but after smoking it, I believe he is right. The price matched with tremendous flavor makes this box worthy times 2. 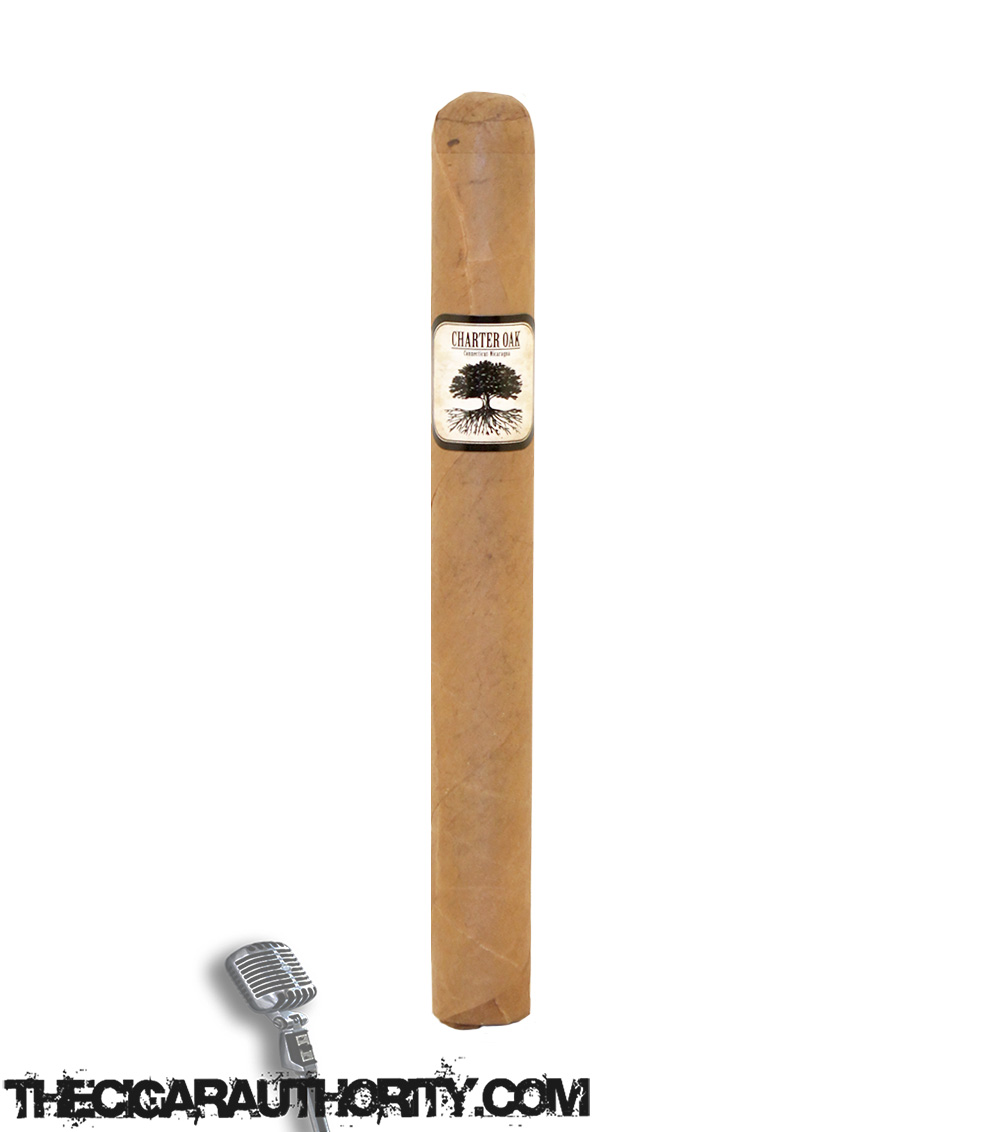 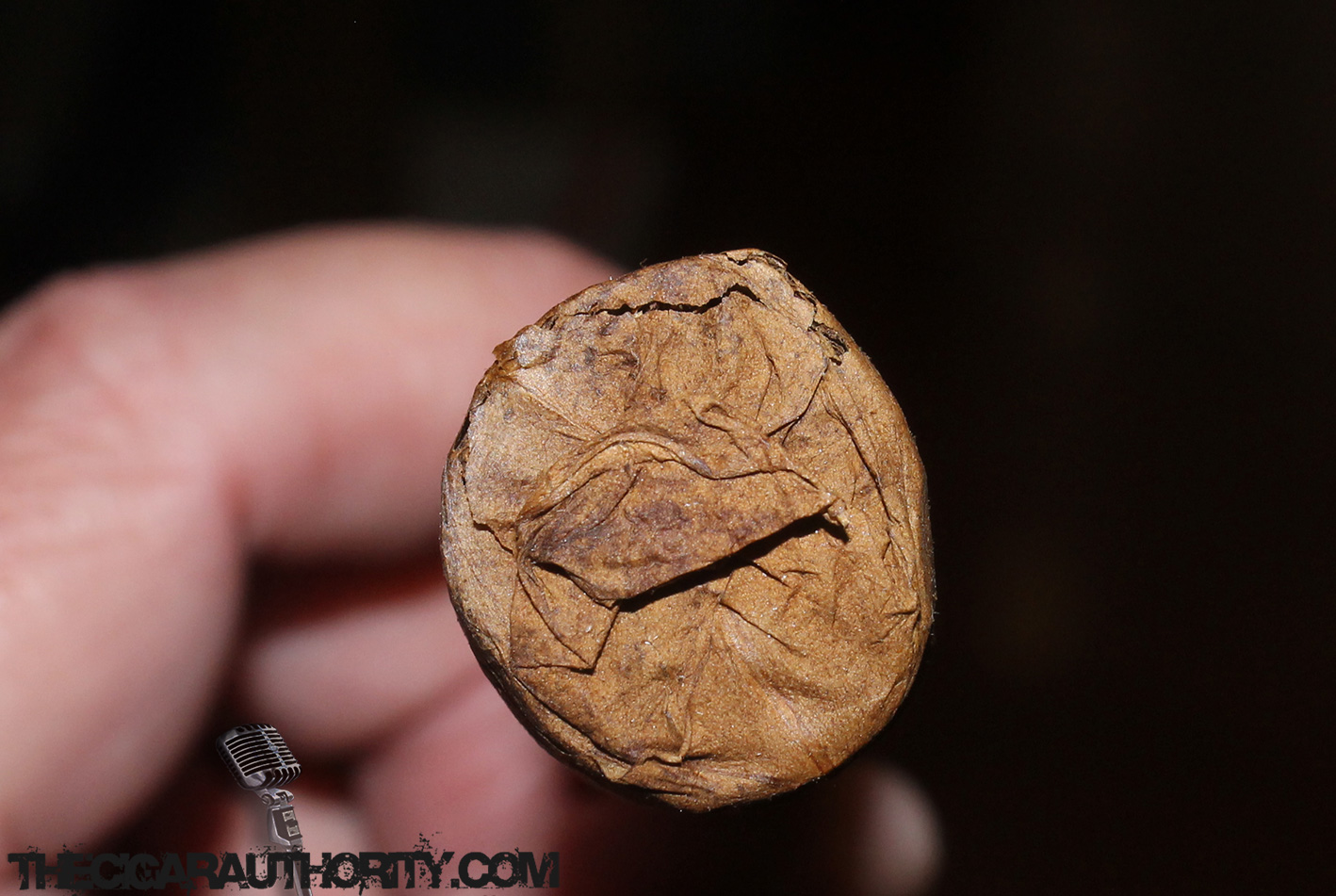 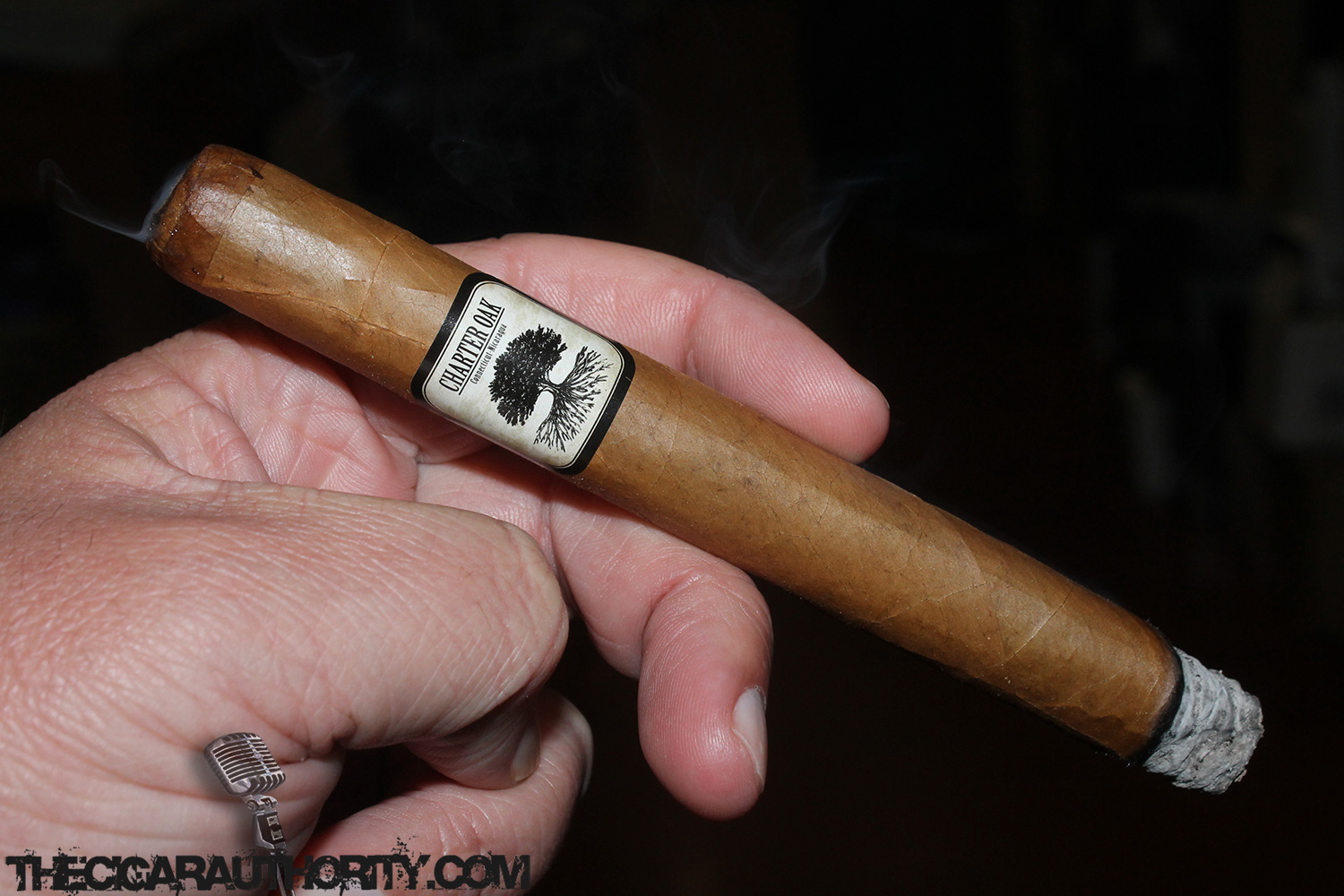