As you may know, August 8th of 2016 was the day FDA regulation against cigars took effect. So on August 7th, 2016, Eric Newman of J.C. Newman Cigar Company made a stop at Two Guys Smoke Shop for the what was known as “The Last Supper”. During that event, Mr. Newman handed out a cigar that was made just for him. It was a rendition of the original Diamond Crown in a perfecto shape. I was lucky enough to have been there to score one of these, so I figured today is the day to spark it up for review.

Packaging & Design
The bands are your classic Diamond Crown style bands, complete with the gold and maroon color styling with the crown in the middle. The band easily slides up and down due to this particular shape, but causes no damage to the wrapper leaf.

First Impressions
This cigar shares the same wrapper as others in the same line. It has a very light brown Connecticut shade that is exclusive to J.C. Newman, known as CFW (Connecticut Fermented Wrapper), which is aged for 5 years prior to being put on the cigar. There are a couple medium sized veins, and the seams are slightly visible, but it has a durable feel in the hand. After cutting with my perfect cutter, prelight notes of aged cedar and earth are present up front.

The Smoke
After getting lit up with a sweet little triple jet torch, the Diamond Crown Perfecto lit up fairly quickly with my torch. On the first draw, it gave off a very pleasing taste of toasted nuts and an exciting sensation of white pepper. Through the nose, I can pick up notes of aged tobacco and oak. The draw was a bit tight to begin with due to the tapered end, but as soon as I got a few minutes past it, it opened right up.

Into the second third, the flavor hasn’t changed all that much, but it’s staying consistently tasty. The draw is nice and easy, and the flavors are easy to pick out. This is a very smooth Connecticut shade smoke so far, and the notes are strong and prevalent. Nuances of cedar, white cocoa powder and cream are the dominating flavors at this point.

Now into the final third, the Diamond Crown Perfecto has picked up slightly in intensity. I’ve also noticed a change in the profile, which added richer notes earth and bread with a more buttery texture. The peppery notes are still there, but have mellowed a bit since the first third. The burn became a bit wonky at this point, but didn’t affect the taste in any way.

Final Thoughts
It was pretty cool to be able to smoke this cigar in this size, and I feel it was very generous of Mr. Newman to have given these out as one last kind gesture before the FDA’s deeming regulations set in. I was very pleased with the performance of this cigar, and it added a nice change up from the rest of the Diamond Crown line bringing a slightly more intense experience.

*Although these are no currently unavailable for sale at this point, you can find and exclusive perfecto size of the famous Julius Caeser blend only at Diamond Crown Lounges, such as Two Guys Smoke Shop. The link to purchase those is below. 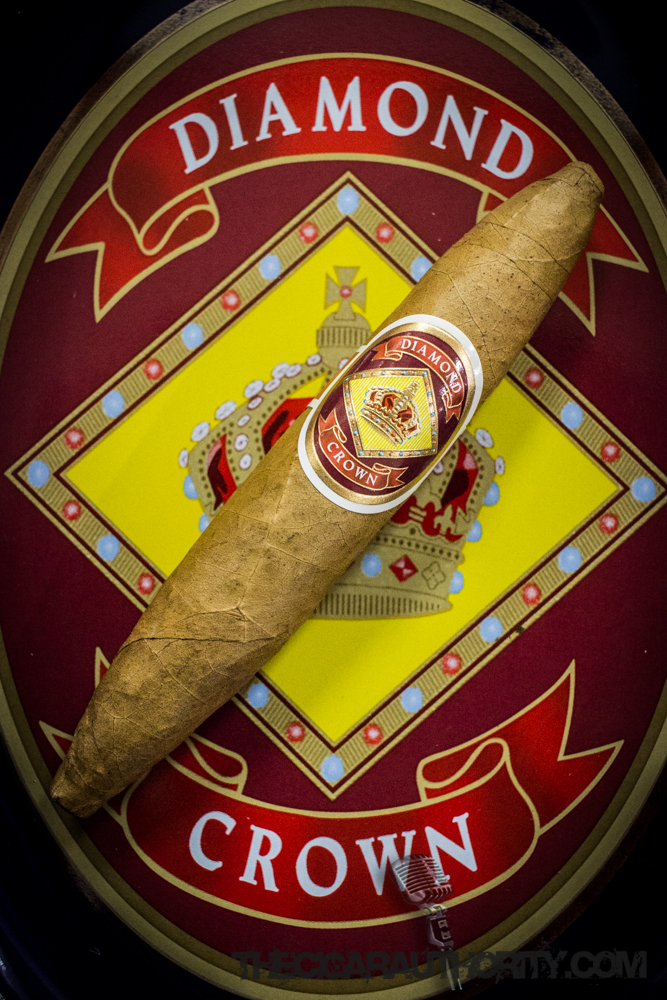 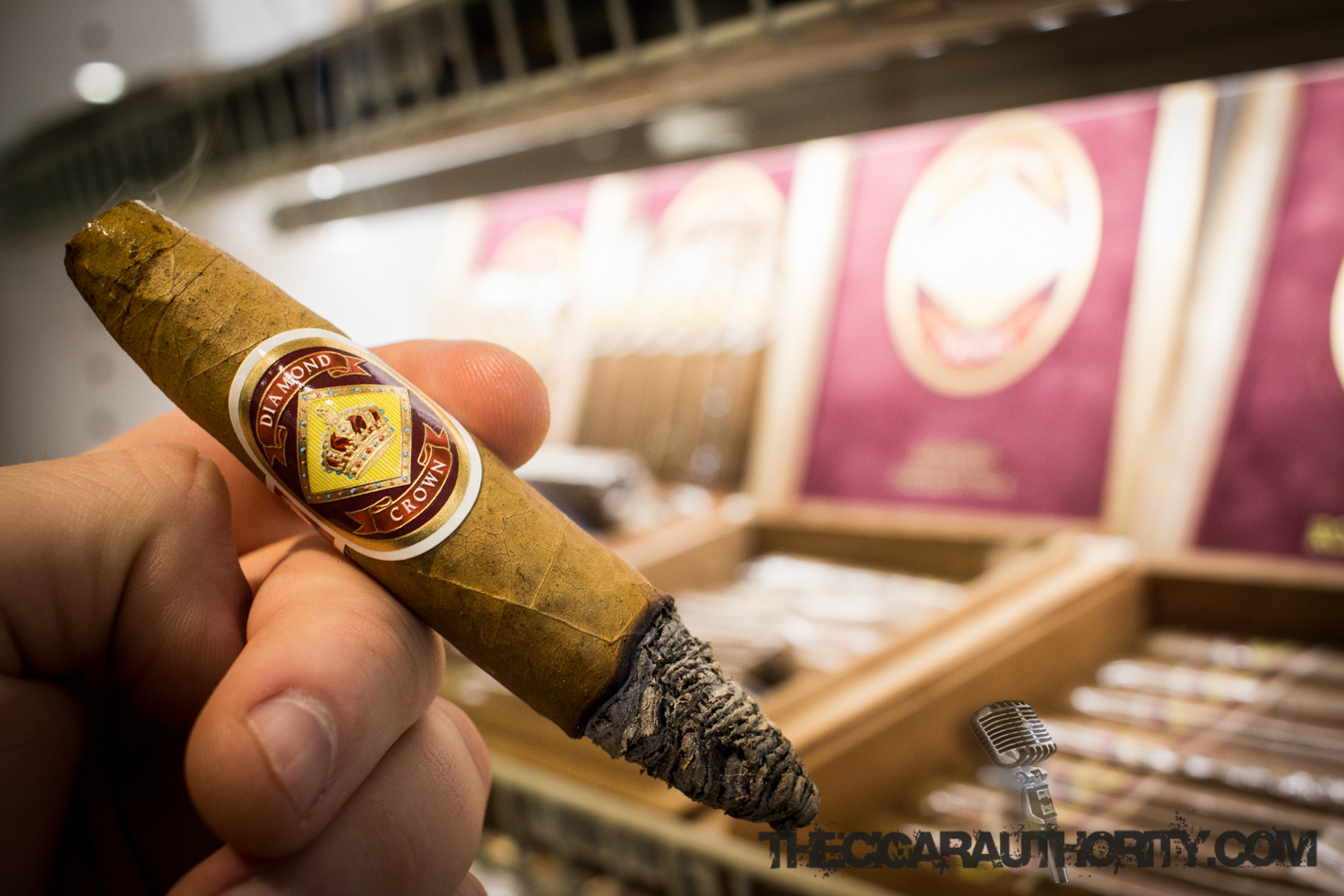 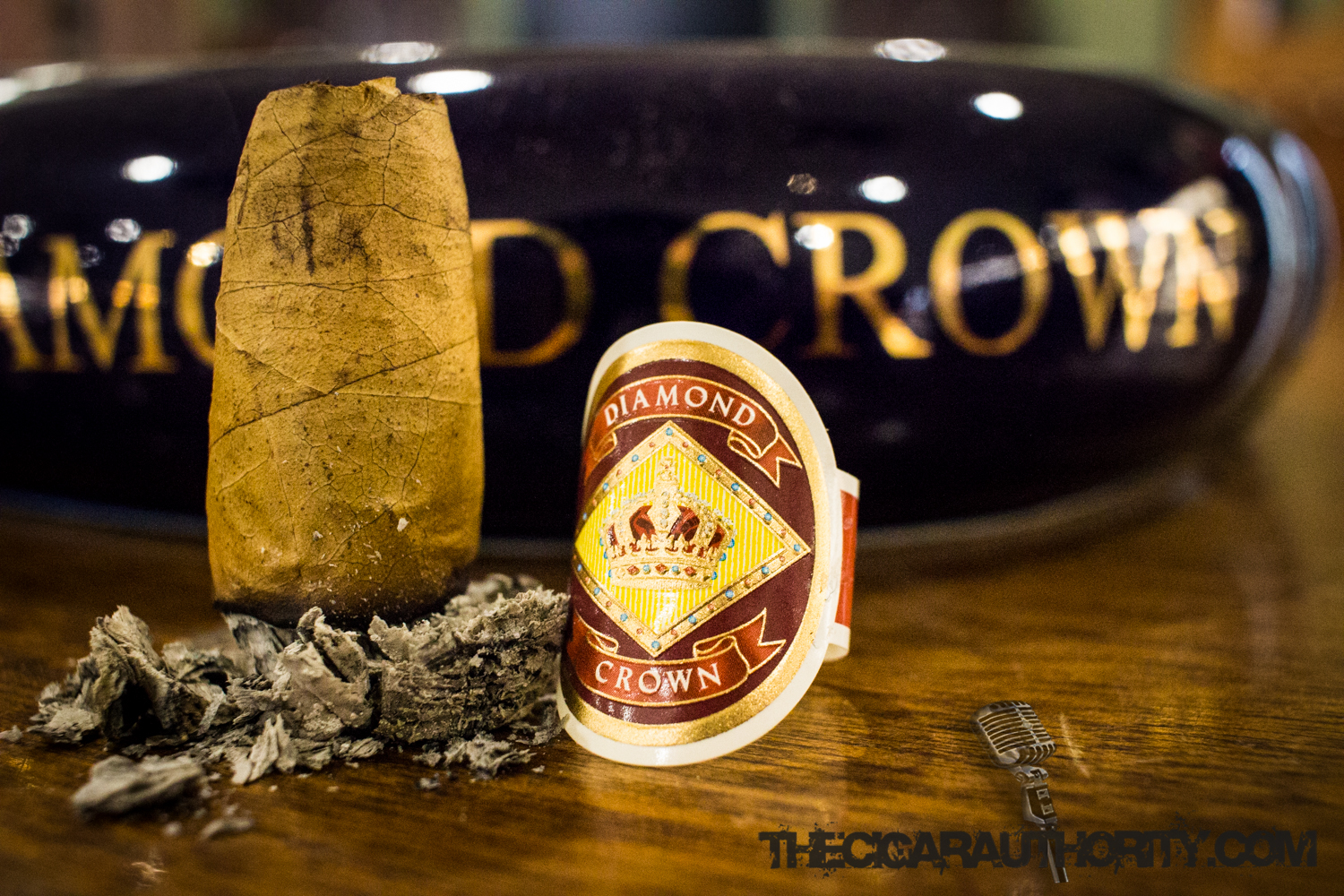