The Cigar Authority September 21, 2020 Cigar Reviews, Featured, Reviews 0 Comment
Coming off the critically acclaimed E. P. Carillo La Historia and Encore lines, the Pledge is a little bit different than anything Ernesto has done before, and this is arguably his most full bodied and full-flavored cigar ever. The Inaugural first edition of the Pledge was supposed to be introduced in March of 2020 but due to the coronavirus is was delayed over 6 months (resting) but it is no available at only 100 shops in the world with only 2,500 boxes of each of the two sizes being released.

To help launch the Pledge, Ernesto signed the underside of 12 Pledge Prequel cigar bands, randomly placed on cigars in the first 1,250 boxes. The person who finds one of those bands wins a prize kit that includes a special Pledge humidor, a cutter and lighter. Each humidor will bear the signature of Perez-Carrillo and his daughter Lissette. If you find a cigar with the autographed band, you win winners must return to the store where they purchased the cigar, take a photo with the owner of the shop, then post that photo with the signature band to either Twitter or Instagram, tagging either the official EPC Cigar Co. Twitter or Instagram accounts.

The Look: Packaged in royal blue boxes of 10, the Pledge is laid out in one row.  The Pledge features an elaborate looking cigar band in the same style as La Historia and Encore utilizing colors of royal blue, gold and white. The box pressed cigar feature a dark Havana seed wrapper grown in Massachusetts and a gold ribbon at the foot. In the hand the cigar is firm to the touch with no voids of tobacco and a well packed foot.

The Notes: The cold draw serves hints of rye bread and a subtle cocoa that are mouthwatering, while the aroma off the foot of the cigar sees a touch of molasses. Once the cigar is lit you are welcomed with a blast of black pepper.

Smoking into the first third the black pepper quickly pulls and the smoke is thick and chewy. A licorice component quickly develops on the palate and the aroma, but I am hesitate to retrohale for a bit after the initial light experience. Around an inch into the cigar I begin to retrohale which enhances the licorice and dark chocolate while the cigar has some molasses on the finish.

Moving into the second third the Pledge from Ernesto Perez Carrillo continues to serve up notes of licorice, with hints of dark chocolate and an earthy components. The retrohale continues to enhance the licorice and it adds some black pepper and a touch of nuttiness.

As we conclude this release from the Godfather of cigars the sweetness of dark chocolate becomes dominant with black pepper that makes it way to the palate before getting more potent on the retrohale.

The Finish: With over 40 years in the business, Ernest Perez Carrillo continues producing winning blends. It all started back in the day with La Gloria Cubana at the El Credito Factory in Miami, Florida. Today it continues at his own company which he runs with his daughter Lissette.  The Pledge continues the winning trend with a well rounded cigar loaded with flavor and strength. 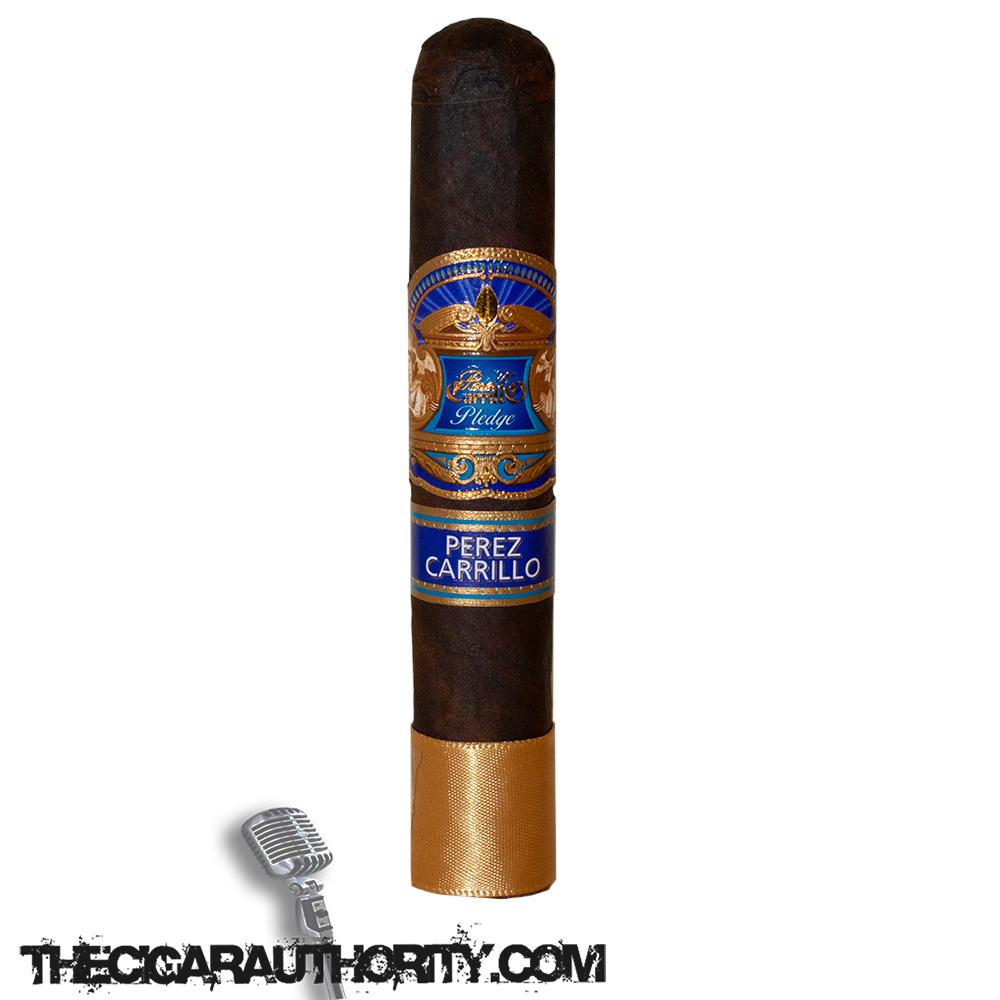 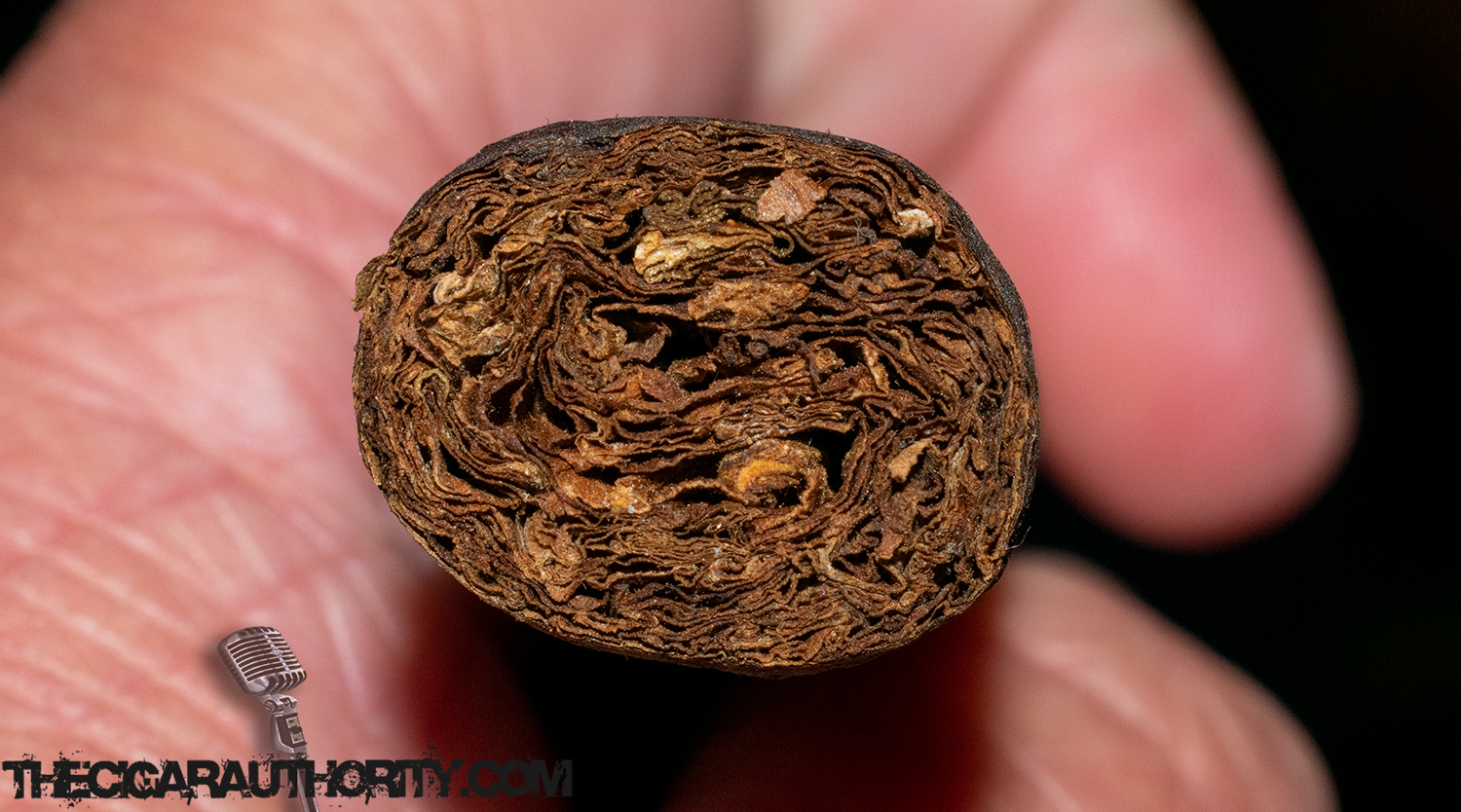 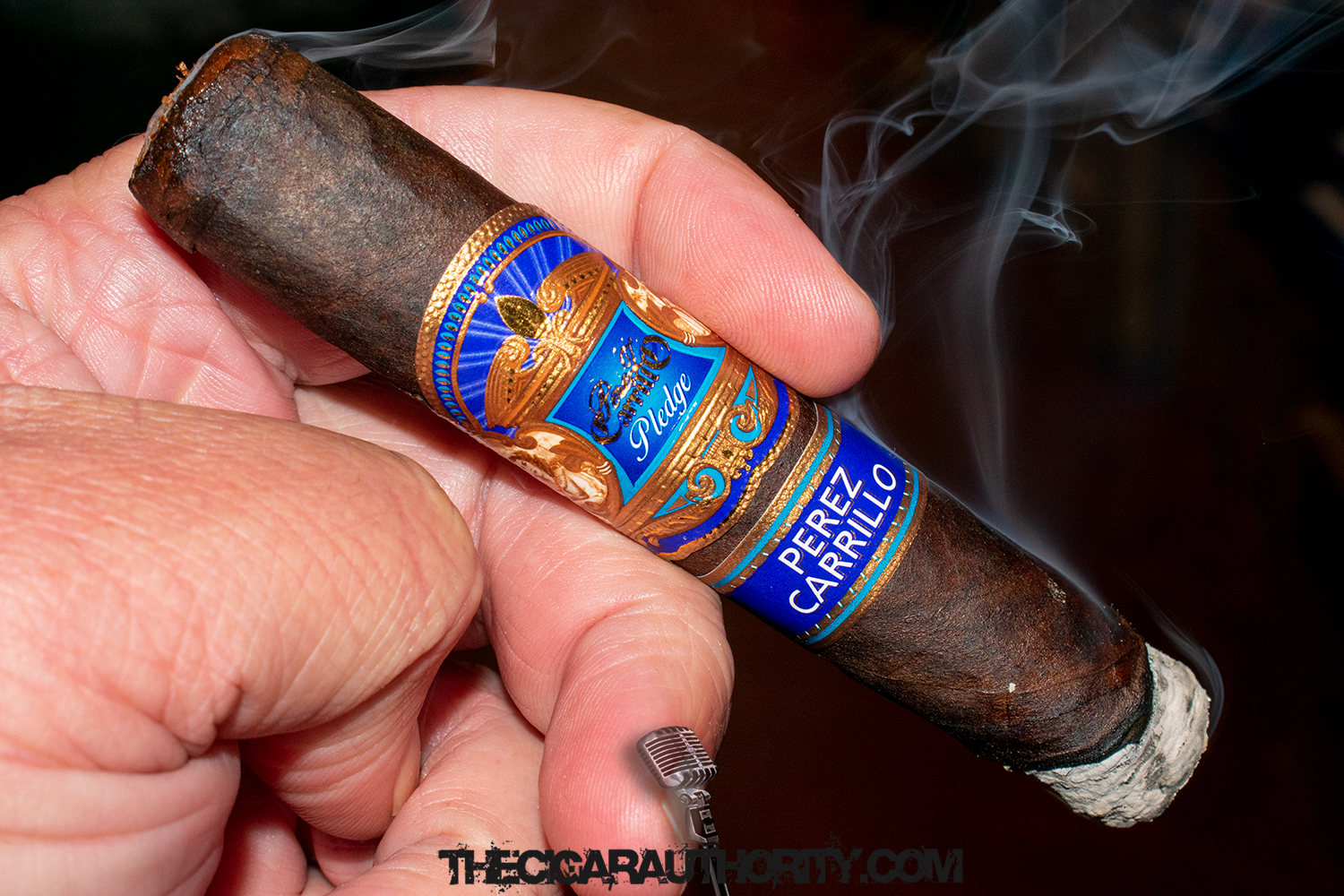