Guardian of the Farm Nightwatch JJ

The Guardian of the Farm Nightwatch is the follow up to a blend that was a joint project between Warped Cigars & Aganorsa, however this blend is solely the work of Max Fernandez of Nicaragua based Aganorsa Leaf. It’s available in four sizes each of which is named after one of the dogs that guard one of the famed Aganorsa Leaf tobacco farms. The Rambo (4.5 x 48), Campeon (6 x 52; 109 style cap) JJ gets box pressed at 5.25 x 50 and the 6 x 44 viola is called Orpheus whereas on the original line the size was known as Apollo.

Earlier this year we reviewed the Orpheus but this weekend while watching the Patriots defeat the Redskins I smoked a couple of the box pressed JJ and decided to file a review here on The Cigar Authority.

The Look: Packaged in white boxes with gold lettering the Guardian of the Farm Nightwatch sits in 5 rows of 5 cigars. The box pressing of the cigar gives the wrapper a more pristine look to it. The dark shade grown Maduro wrapper has a nice amount of oils visible. The line features a dual band system with the primary band matching the colors of the box, while a secondary band has the Aganorsa logo with colors of red and gold. In the hand the cigar is firm with no voids and a closed foot.

The Notes: The aroma off the wrapper is similar to that of opening a pack of Swiss Miss Cocoa with mini marshmallows. The cold draw of the GotF Nightwatch has a powder like feel to it, but its darker then the aroma of the cigar bordering on mocha. Once the cigar is quickly lit due to the closed foot there is a burst of chocolate.

Moving on to the first third of box pressed cigar the chocolate notes become become more of a dark chocolate in the first few puffs. As we near the end of the first third some notes of espresso begin to emerge with a subtle hint of cinnamon that is enhanced on the retrohale of the cigar along with some red pepper notes that is also felt on the lips.

As we enter the second third notes of almonds appear before transitioning to marzipan which is made from almond meal and honey. The notes are short lived as around the halfway point some red pepper begins to emerge and it quickly becomes the dominant flavor profile.

As we slide into the final third of the Guardian of the Farm Nightwatch there is still some subtle sweetness that lingers in the background, but the cigar showcases notes of coffee, red pepper and a touch of leather. The last third is by far the fullest part of the cigar and the red pepper finish lingers long after the cigar has been put to rest.

The Finish: The box pressed version of the Guardian of the Farm showcases why I love a box pressed smoke. If you smoke the more traditional round cigar the flavors aren’t as enhanced in the pressed version. The blend to me really shines in this format. It’s definitely stronger than the original, but in my opinion more flavorful. 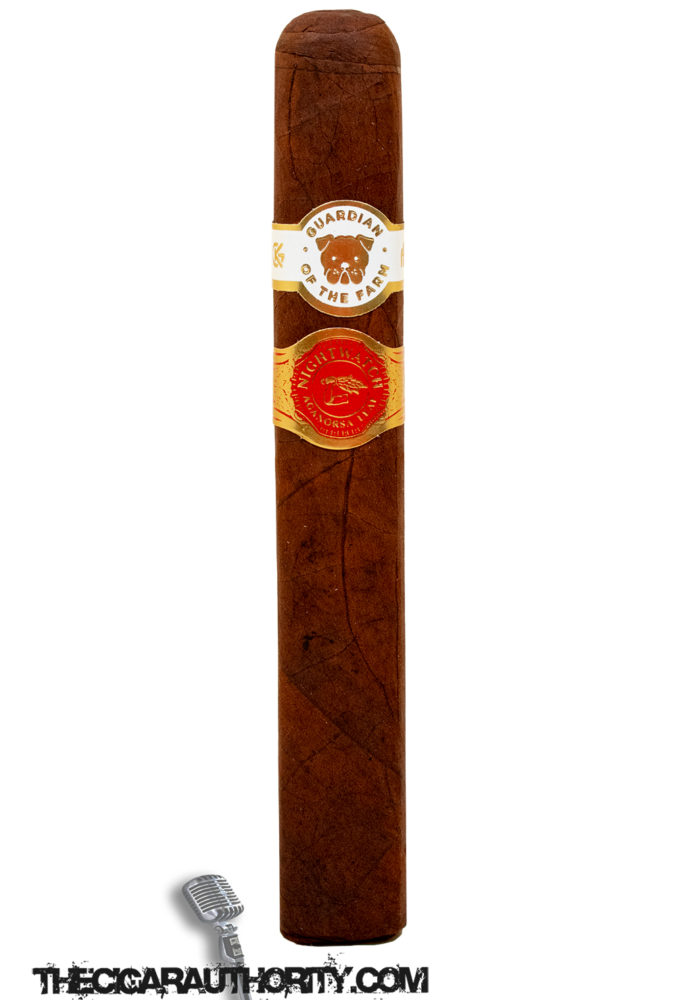 Guardian of the Farm Nightwatch JJ 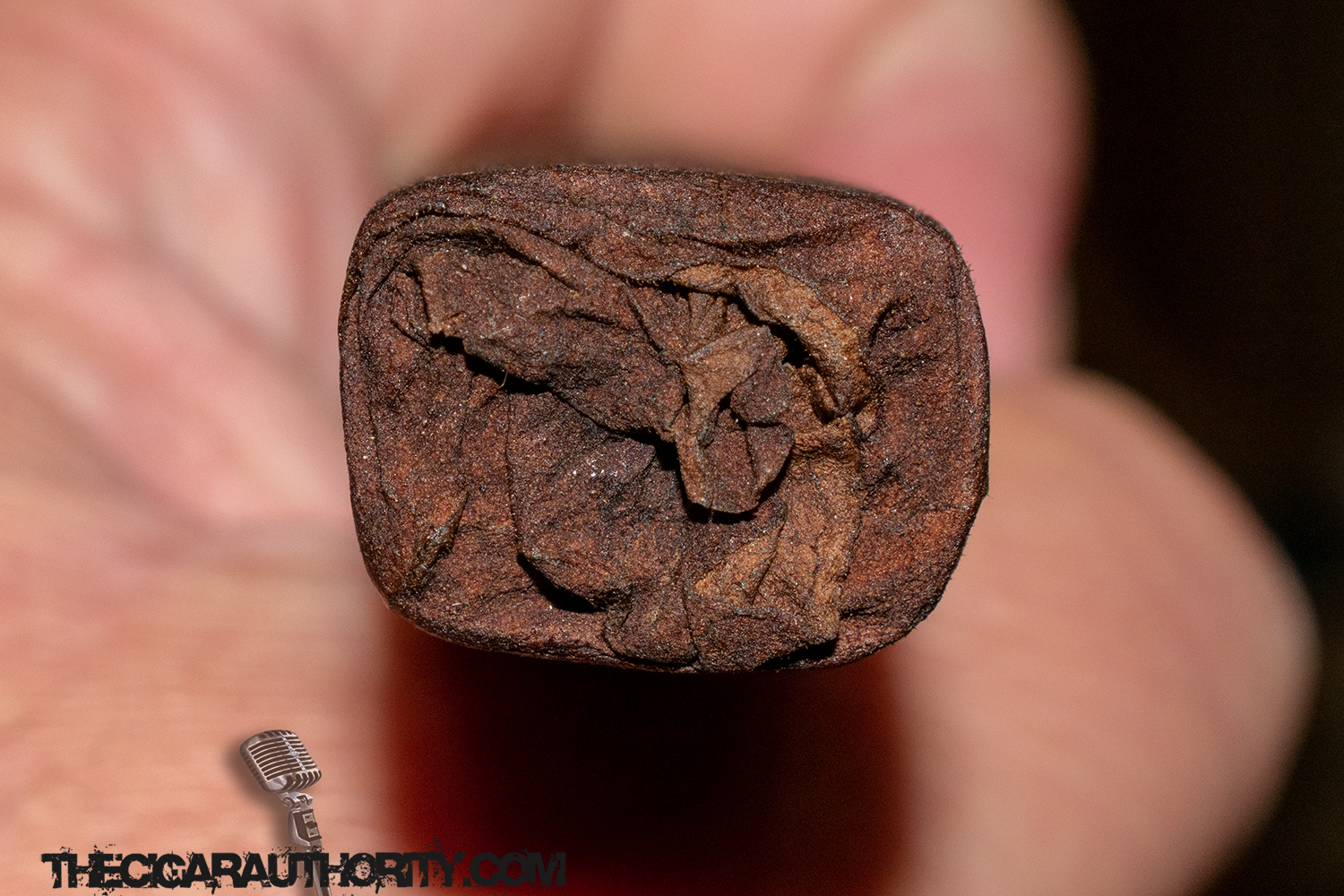 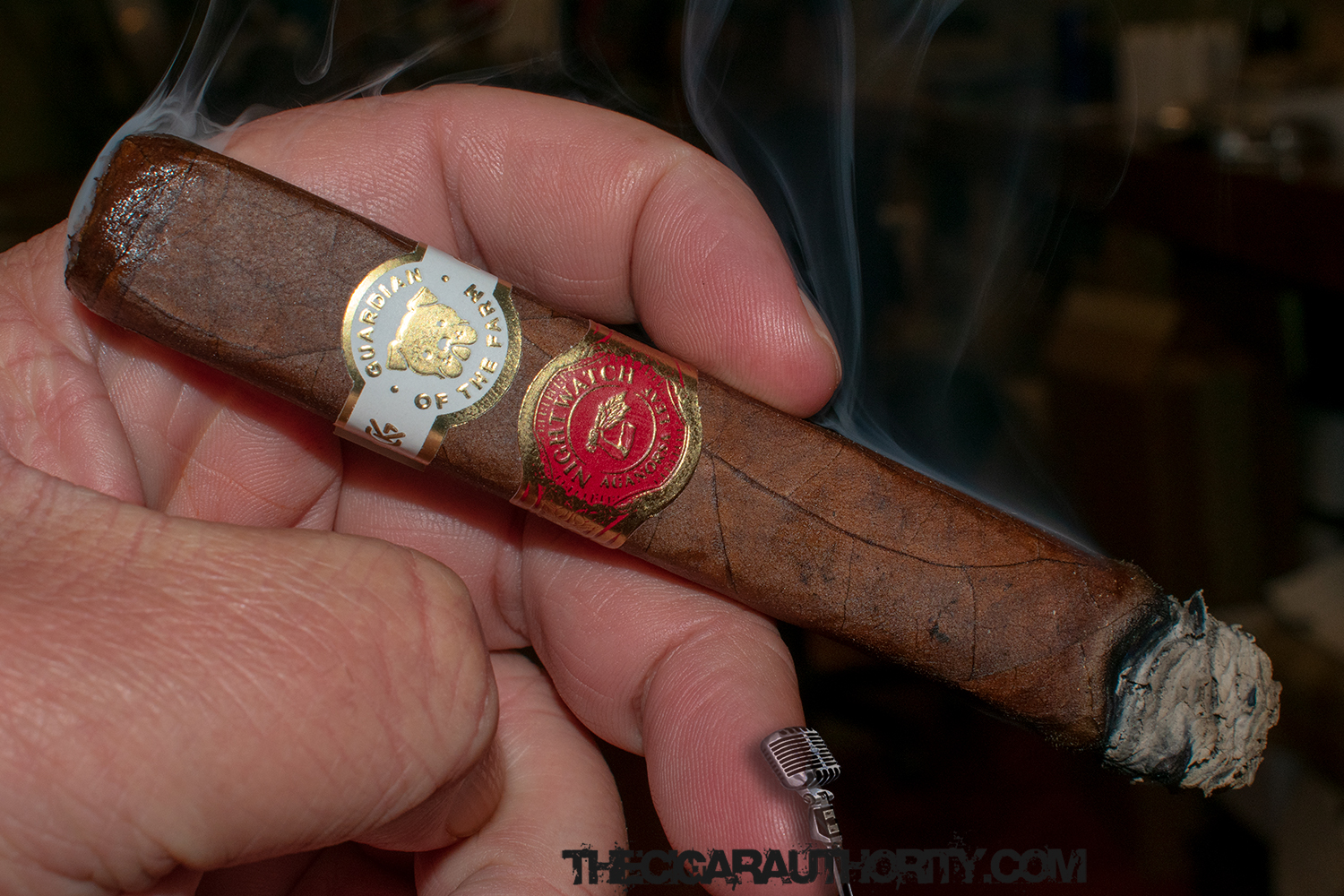