Aganorsa Leaf has added three unique perfecto sizes to the JFR Lunatic brand. The sub-brand is known as Lunatic Loco and it consists of three Nicaraguan perfectos featuring shade-grown Corojo Maduro wrapper grown in Jalapa. According to Max Fernandez of Aganorsa Leaf,  “Some have told us that growing Maduro capa like this is in Nicaragua is impossible and unrewarding. I guess you can call us crazy because we believed we could create a Maduro unlike any other. The only reason we make cigars is to show the delicious beauty of the soils of Nicaragua and perfect the expression of flavors. The size of the Lunatic Perfectos in this case only adds to the elegance of these cigars.”

Today we review the JFR Lunatic Loco Perfecto Loquito which was unveiled at the 2019 IPCPR/PCA in Las Vegas.

The Look: Packaged in 10 count boxes in a slimline cabinet style box, the cigars are in one row. The purple and silver band stand out, with the word Lunatic written in a script font that looks like it belongs on a softball jersey. The shape of the cigar looks familiar but it’s new for JFR. The dark wrapper is oily and evenly colored with some density to it. Rolled to perfection, the cigar is hefty in the hand.

The Notes: The aroma off the wrapper and cold draw is a heavenly mocha bouquet with some pepper as the mocha fades that almost creates a sneeze. After the cigar is lit the mocha notes continue as they grab hold of your palate.

Moving into the first half the notes of mocha hold strong until we pass the nipple when the cigar takes on more of a creamy milk chocolate taste with a hint of cinnamon and earth. As we move closer to the fattest portion of the cigar the earth notes become a bit more prevalent especially on the retrohale which also see an abundance of cinnamon.

Moving on to the second half notes of cinnamon become dominant as we remove the band of the Lunatic Loco. As the cigar begins to move back toward a smaller ring gauge notes of red pepper enter the mix with some creamy chocolate notes. As the cigar begins to close out, notes of toast begin to emerge that continue on the long finish. The retrohale of the cigar sees touches of cedar and red pepper which add to the tastiness of this cigar.

The Finish: The one thing that caught me off guard of the Lunatic Loco was the strength. It’s a full flavor, full strength cigar that seems like it has a high nicotine content. It’s definitely something different from JFR, and maybe one of the strongest offerings from Aganorsa from my perspective. It’s a cigar worth smoking, it is a box worth buying. The Shade Grown Maduro wrapper is definitely a game changer for the company and I can’t wait to see how the Guardian of the Farm Nightwatch smokes with the same wrapper. 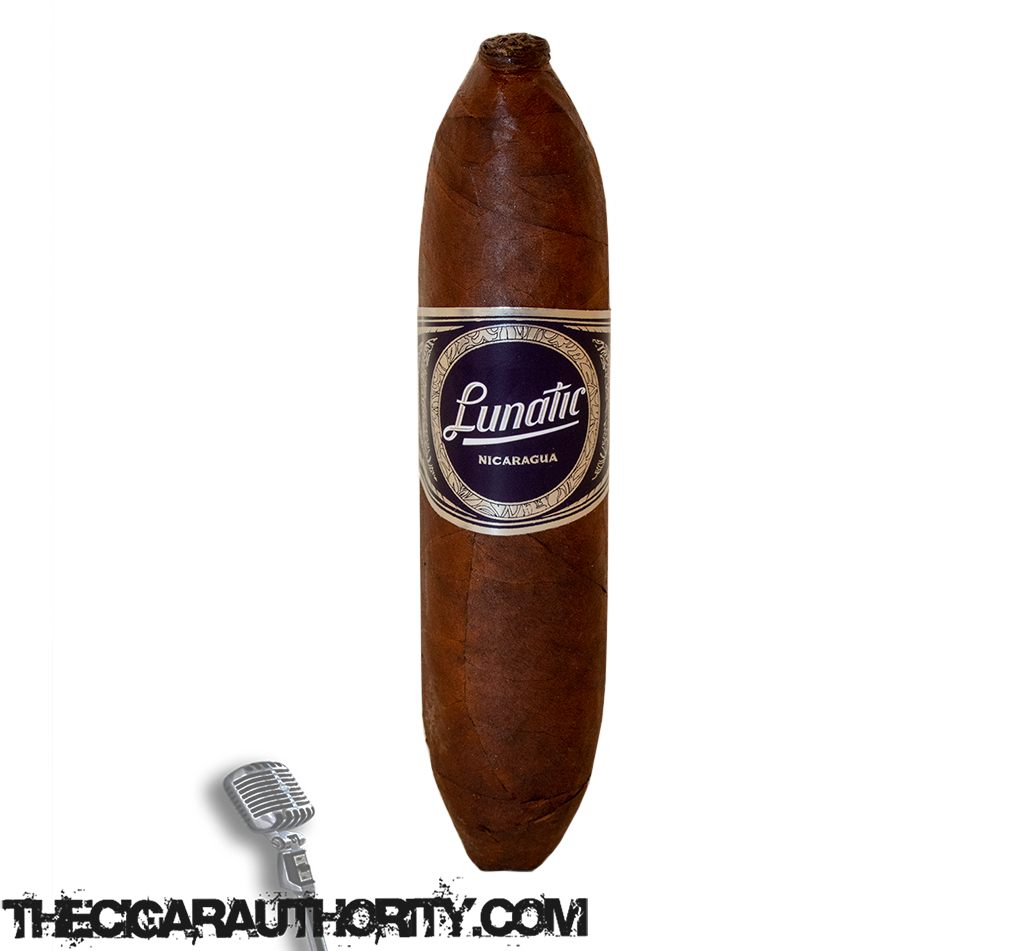 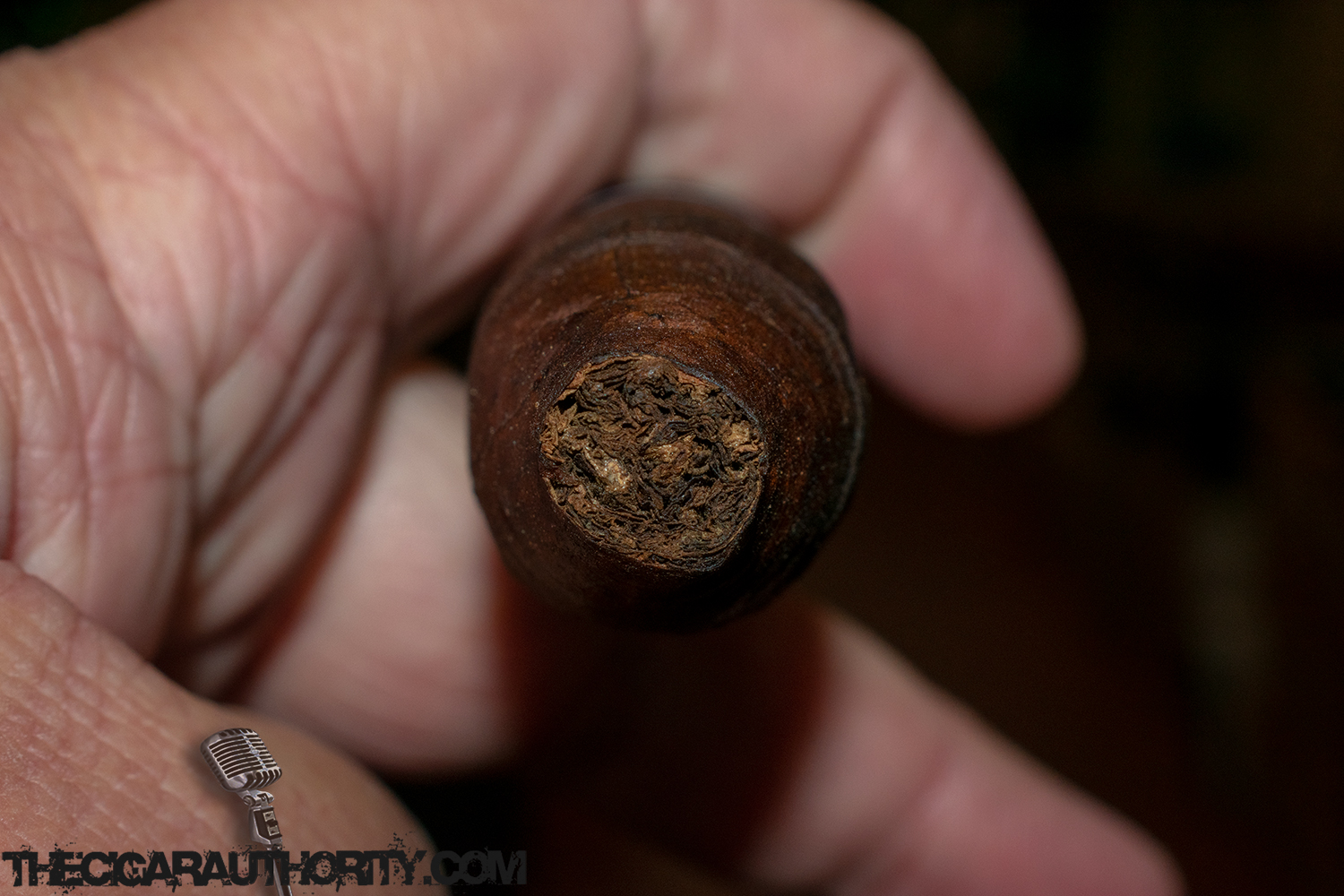 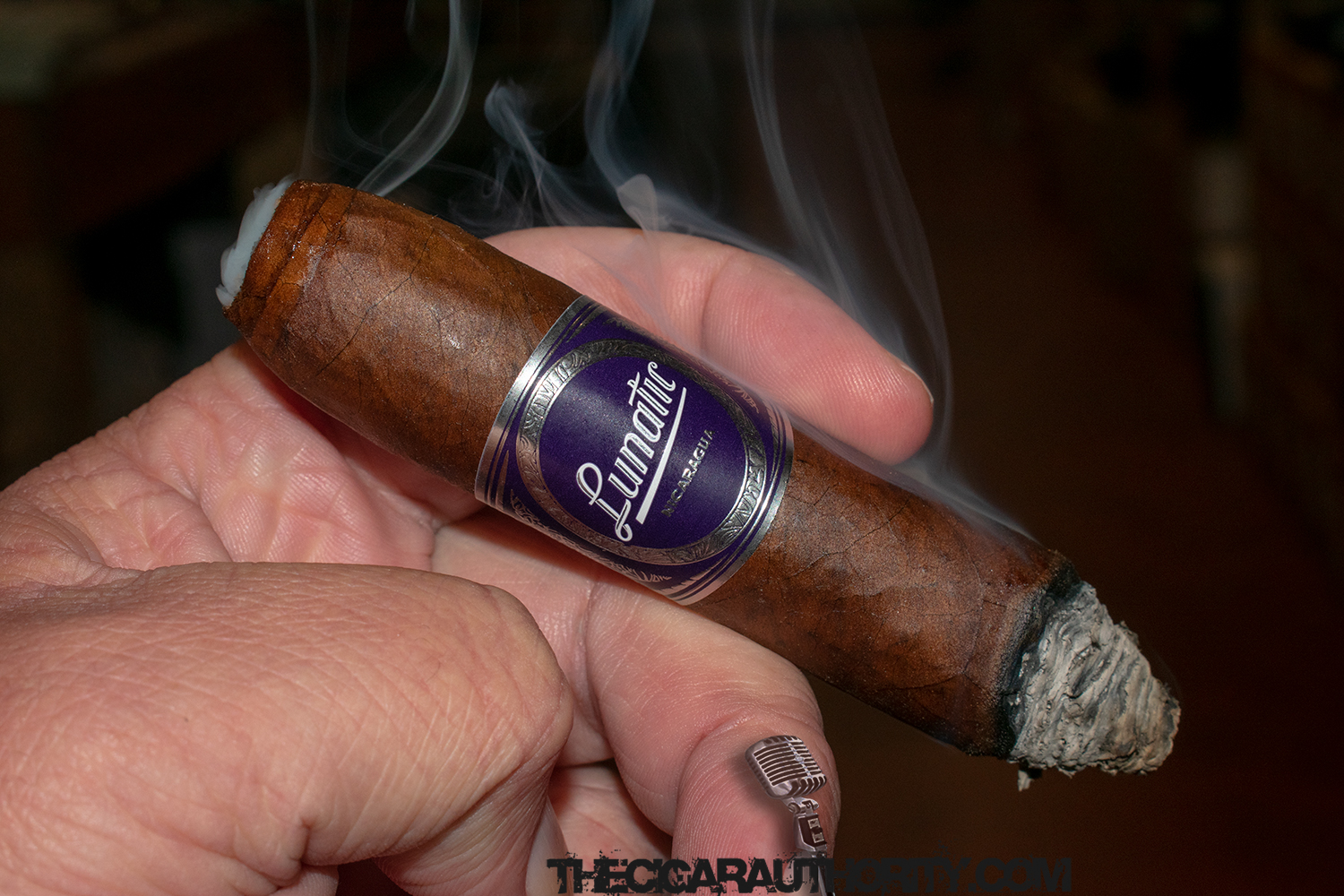