The La Aurora 107 Lancero story begins on a trip to the Dominican Republic where it was discussed amongst a group of bloggers, that I was a part of. It was something we called for when Miami Cigar & Company was bringing us to La Aurora to help spread the word of the first cigar factory of the Dominican Republic. Before long the movement headed over to Twitter where other bloggers and a retailer in Georgia jumped in looking to order boxes. It was through this effort that La Aurora released a limited amount of the Lancero to start before it became a regular production item within the portfolio. It also led to my working for Miami Cigar as I was put in charge of the La Aurora 107 Twitter account by Guillermo Leon, the owner of La Aurora. From there I was eventually invited to Miami where the rest is history.

The Look: Packaged in 21 count boxes, the La Aurora 107 features a colorful band of red, black, gold, yellow and white. Featured front and center is the La Aurora lion, which is a tip of the cap to the family name. La Aurora has been in the Leon family for generations, and the surname translates to Lion. The Ecuador Sumatra wrapper is loaded with oils  and is evenly colors. It’s a nearly flawless wrapper that is rolled to perfection. In the hand the cigar is firm with no voids of tobacco and a hefty weight for its size.

The Notes: The aroma off the cigar and wrapper is sweet with hints of mocha. The cold draw has a cherry sweetness to it that is extremely enjoyable and hopefully a sign of good things to come. With the cigar cut, I opt for a single jet Vertigo Attache to toast and light the foot. Once the cigar is lit the initial notes are citrus and cedar which hit the palate equally.

As we move into the first third there is a cherry like sweetness that carries over from the cold draw lingering in the background. Around a half inch into the cigar that cherry sweetness begins to fade as a Apple Jacks begins to develop that is noticeable on the tip of the tongue. As we progress further into the first third that note begins to dissipate as a nuttiness begins to take hold and dominate the palate. The retrohale is extremely smooth with a coffee that lingers on the long finish.

The second third sees the coffee notes from the retrohale transitions to the palate where it lingers in the background with nuts continuing to be the dominant profile. Around the halfway point the two reverse with coffee becoming dominant. The one constant is a wisp of cedar that continues throughout up. The retrohale adds some leather as the second third comes to a close.

As we conclude the La Aurora 107 Lancero experience, leather notes grow in intensity becoming the dominant note by the time we remove the band. In the background is continued notes of cedar, nuts and coffee with a touch of raisin sweetness that occasionally shows itself. The retrohale continues to show some leather and the cigar has a long umami finish that I find enjoyable.

The Finish: The La Aurora 107 line, specifically the Lancero holds a place in my heart. It was the first time I took part in a cigar from a manufacturing standpoint. No, we had nothing to do with the blend, but we all took pride in having a cigar made for the blogging community. During that time there were many retailers and manufacturers who were against cigar bloggers, but Miami Cigar & La Aurora embraced us and retailers like Two Guys Smoke Shop’s David Garofalo pushed for us to be a part of the IPCPR trade show. It was a coming of age for the community that worked together and respected each other. This cigar is a throwback to those good old days and it’s still a favorite of mine. 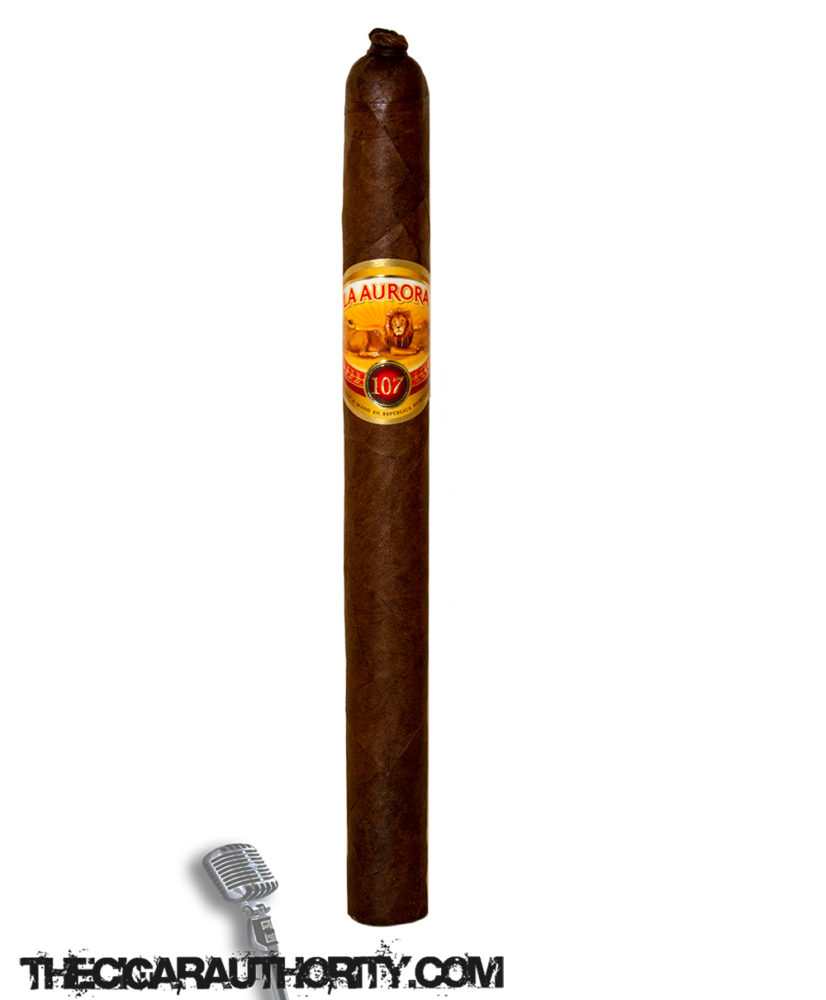 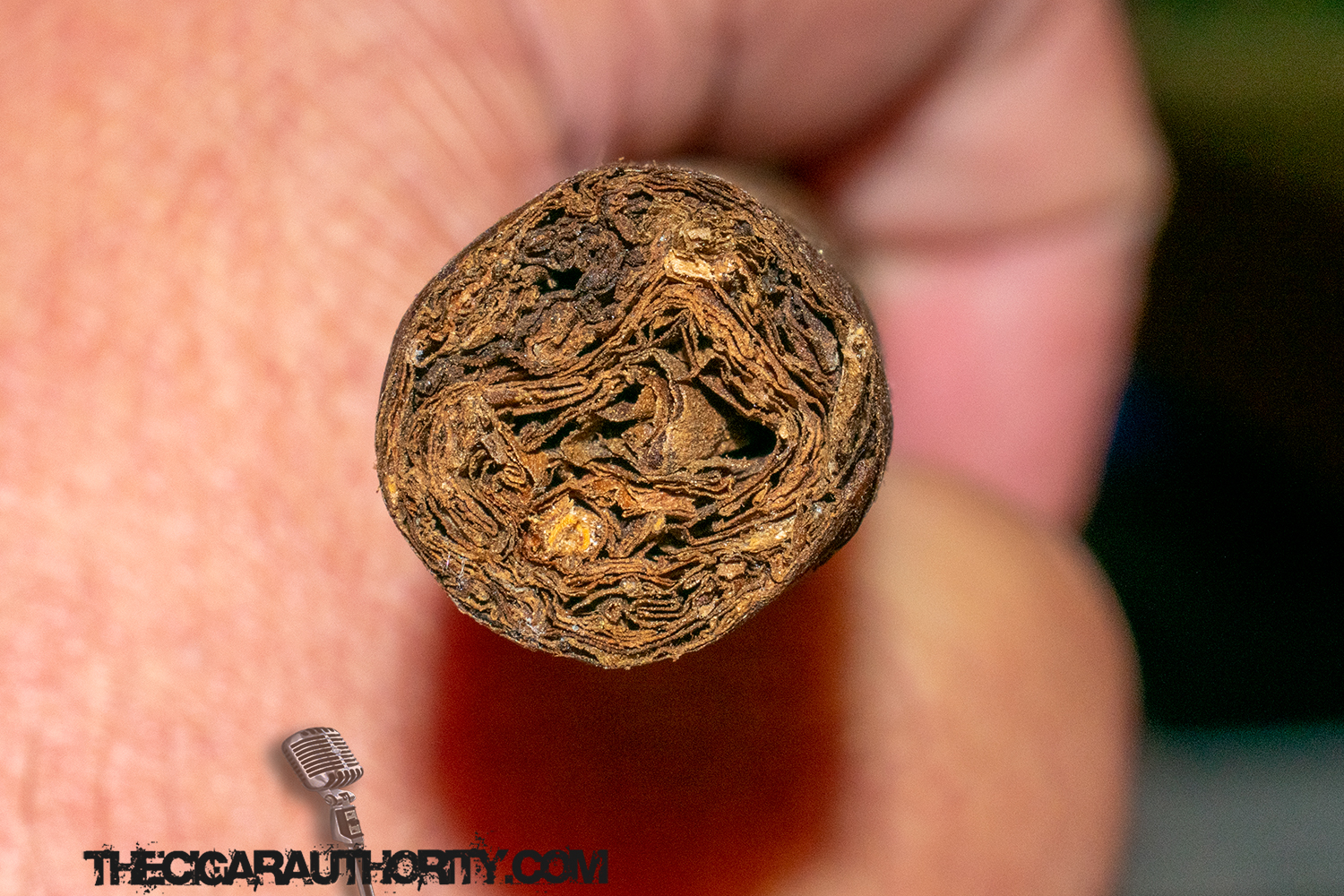 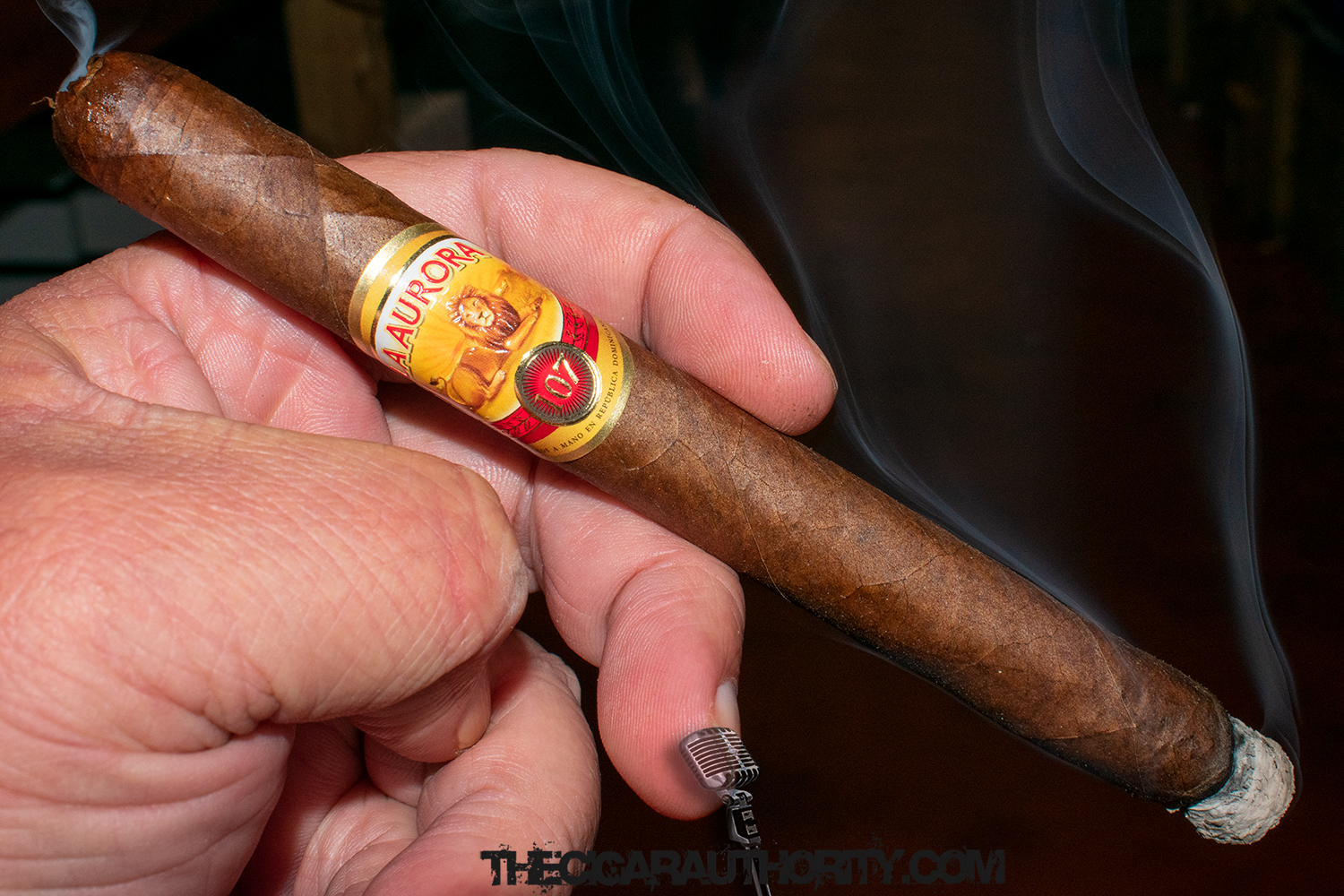 Previous VODCast: The Love/Hate Relationship With Lancero Cigars
NextThe After Show Talks About The End of Nat Sherman