The term Hors d’Age means “beyond time” and it best describes the components of highest quality where time is the key to reach the highest level of perfection in them. It’s a term more commonly used with Cognac but it works with this cigar. For the La Aurora Hors d’Age 2017, all the tobacco was grown in 2006 and the cigars were rolled in 2017 where they have aged at the first cigar factory of the Dominican Republic until it was released in mid-November, 2018.

The Look: Featuring the most stunning packaging used by La Aurora to date, the cigars are shipped in black cardboard boxes. Upon opening the box, the box of cigars is inside a velvet pouch. Featuring a high gloss cigar box each one is numbered out of the 6,000 boxes of 15 produced. Inside, the presentation features a wooden overlay tied down with a black ribbon. After the unwrapping, the cigars are revealed sans cello. The band denotes the line is part of the Preferido family and has colors of gold, yellow, black and the La Aurora lion. The wrapper has a few notable veins and some oils present. In the hand the cigar has an average weight and a well packed foot.

Moving into the first third the black cherry note remains but slowly begin to fade as they are overtaken by notes of cashews and oak. As we continue into the first third of this very slow smoking cigar there is a subtle cinnamon lingering in the background along with some espresso notes with the latter becoming more intense as the first third progresses. The retrohale and aroma of the cigar serves up nuances of oak.

The second third sees notes of espresso become dominant with continuing notes of oak and cashews. There is also a subtle mocha like sweetness alongside some wisps of cinnamon. Around the halfway point of the cigar the aroma of begins to stand out and is reminiscent of nutmeg which is also noticeable on the retrohale along with some subtle pepper.

As the La Aurora Hors d’Age comes to a close the strength of the cigar kicks up a notch with the focal point being notes of coffee, leather and a nutty finish that is long. There is some growing pepper as we move past the band that is also quite clear on the retrohale. Just before we put the cigar down a pie crust like element develops on the finish of this delicious cigar.

The Finish: This is a cigar that you need to devote the proper amount of time. For me the final smoking time was almost 2.5 hours and I never needed to relight the cigar although I am a slow smoker and expect smoking time to vary. Regardless, the Hors d’Age is a game changer for La Aurora. It’s a well packed cigar with a perfect draw offering the right amount of resistance. It’s incredibly smooth and balanced and is the benchmark for all things La Aurora. The Hors d’Age has succeeded at it quest for excellence and is the quintessence of craftsmanship that does justice to the legacy of Eduardo Leon Jimenez the founder of La Aurora. 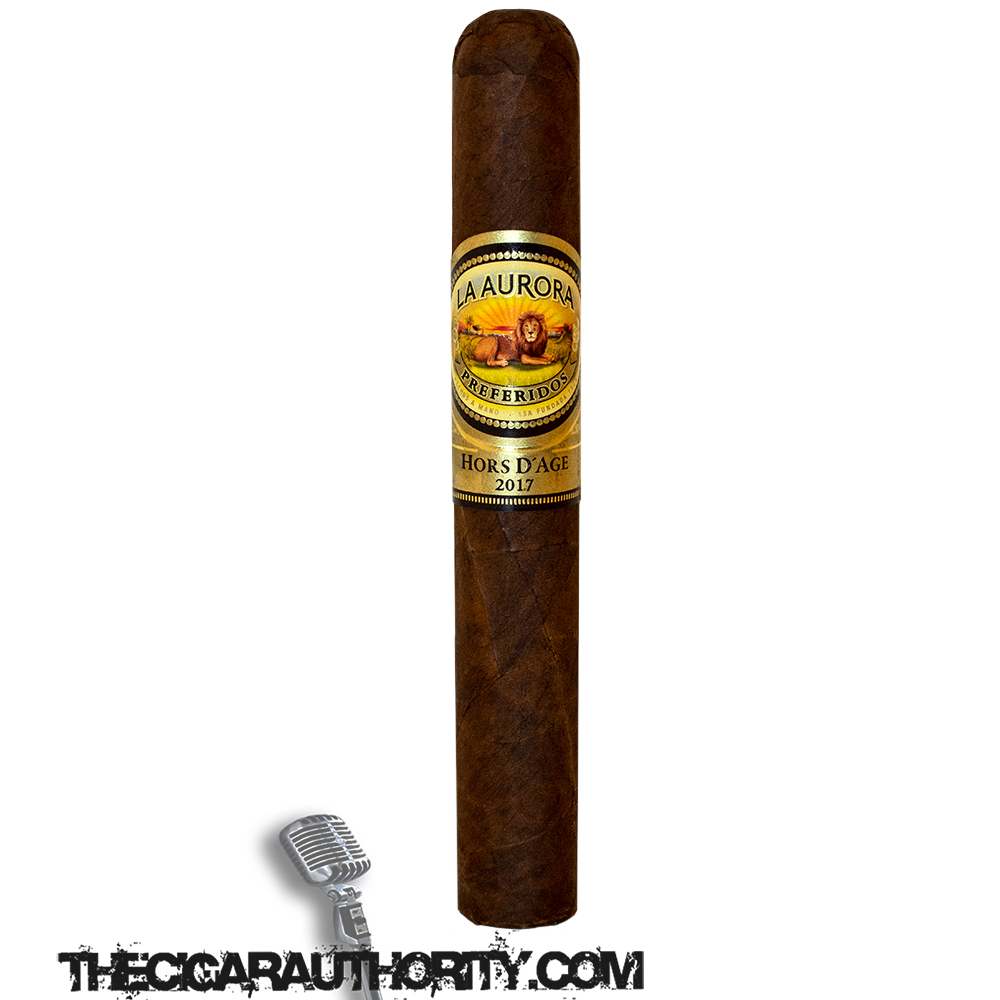 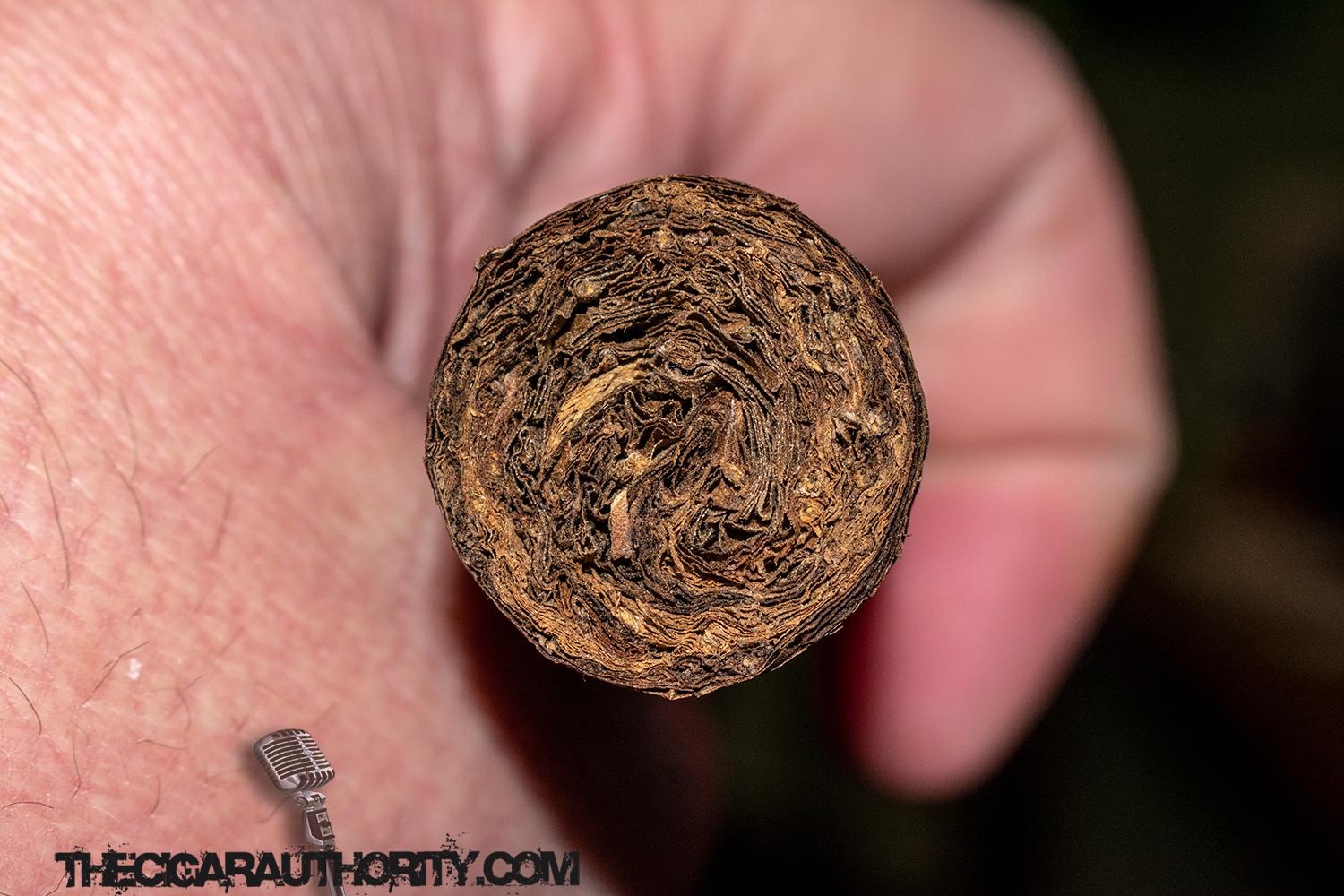 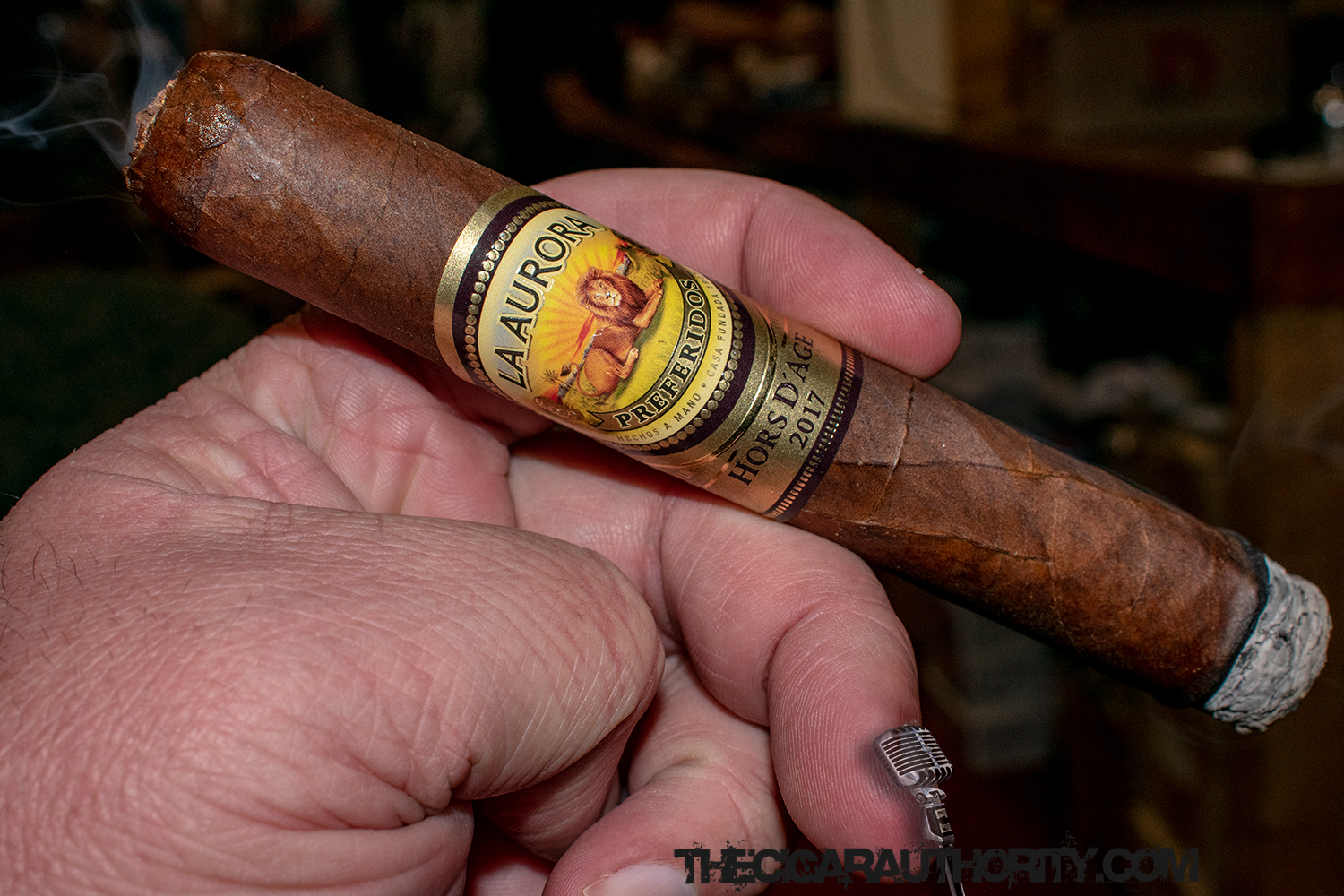