Remembering “The Cigar Boom and Bust”
Another Editorial by David Garofalo

The Cigar Boom was the name given to the resurgence of cigar consumption in the United States between the years 1990 and 1997.

As I remember it, in 1990, sales of premium cigars began to rise and manufacturers fought to keep up with demand. Before long industry-wide shortages of cigars were apparent. The trend continued as manufacturers began to import more cigars into the United States and this accelerated with the 1992 establishment of Cigar Aficionado magazine who made it worse or better, depending on how you looked at it.

In 1985, when I got into the cigar business, about 100 million cigars were imported into the U.S. per year, and it had been declining steadily since the 70’s. This trend continued till 1990. So the question is, how and why did the cigar boom and bust happen? 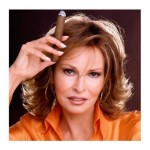 I remembered seeing cigars being smoked in movies and on TV shows much more than in the past and being in the business I wondered why? Even women like Madonna, Demi Moore, Whoopi Goldberg and Racquel Welch were seen smoking cigars with pride. That is when I first noticed it, there was attention on cigars

In September 1997 production caught up and surpassed demand. This was the beginning of the downward slide of the boom and the bust began to make itself felt, leading to a shakeout of many of the smaller and weaker upstart manufacturers and retailers of boutique premium cigars.

Inventory exceeded demand, four hundred million premium cigars were imported and never needed, so some just didn’t sell, as they were just imported without customers looking to buy them. Shelves in cigar shops began to fill and prices plummeted. October 1997 the bubble burst and the boom was over. Manufacturers shut down, brands went away and retailers closed shop… it was ugly.

Today, about 300 million cigars are imported and just about all 300 million Premium Cigars sell through. The amazing thing is we are not that far away from the boom as far as sale. Remember 400 million cigars were imported but never sold through, maybe the actual number was 300 because for the bubble to burst we had to be way over in production vs. demand.

Another reason why cigars are still hot is that over 300 million cigars are selling through despite the fact that there are not a lot of places we can even burn a cigar. Taxation, Legislation and No Smoking Laws are everywhere and still we are maintaining the levels. That being held into account, Premium Cigars might even be more popular, there just aren’t many places to smoke them. In the early 1990’s there were plenty of places to light up a cigar. Just about every high-end restaurant encouraged you to have a cigar and an after dinner drink, most of the better ones even sold cigars on premise. Smoking bans were just beginning to start-up, as a matter of fact the very first one wasn’t until 1985 in Aspen Colorado. Today just about every state has a law against it, some more restrictive than others… and sales continue.

The Cigar Boom was not called The Great Cigar Boom for a few good reasons… it wasn’t great. During the Cigar Boom, cigars got lots of attention, maybe too much attention if you ask me and lots of others in and out of the business. First off, when there is a shortage in just about everything it makes the manufacturers produce faster. With a handmade product like Premium Cigars this did not work out well. Tobacco grows and ages only as fast or slow as it does, so money hungry businessmen sped up the process with tricks that lacked of quality controls and rushed them to market. Cigars suffered and the consumers who were new to premium cigars were being turned off to what they tasted like. I remember descriptions like “hints of ammonia” from the unfermented tobaccos, and an “aroma of varnish” from the boxes which were filled even before they dried. Burn problems from young tobacco and plugs from rollers who were apprentices but were rushed into the position of a master rollers. Just like Dickens wrote in A Tale of Two Cities, “It was the best of times, it was the worst of times, it was the age of wisdom, it was the age of foolishness.” The cigar boom was all of that.

As the popularity of cigars continued and gained attention it drew the attention of local, state and federal government. We soon saw taxation. The government wanted their cut so that led to mass legislation and no-smoking laws all over the country. The cigar boom created lots of failures, hungry entrepreneurs who saw opportunity for a quick buck. But those

that know anything about cigars and its business know there is nothing quick about it. It’s a marathon, created and participated in by passionate, hardworking people who chose the long road to success. Those that made it through the cigar boom, meaning they started during it and are still standing, are survivors. People who sat on this long roller coaster ride for many ups and downs. To those who are still here, a huge congratulations to you. We all grew and grew up together while seeing many of our colleagues unfortunately fail. Ahead may be another boom or another bust but only time will tell. We learn from what we have lived through and improve from others failures as we march on. It was the best of times and it was the worst of times… and I can’t wait for the next cigar boom!

When is the next Cigar Boom? We may already be in it.