United Cigars has announced the launch of a new collaboration series that will begin shipping in May.

According to a press release, Series Unidas has been a work in progress for many years and the idea of a collaboration between United Cigars and other cigar brands seemed to be a natural next step after the success of their Firecracker Limited Release. This was one that was close to their hearts and as a result it was chosen to be the launch collaboration.

The 1st United Series Unidas was a project put into the works in early 2018, but came to an abrupt halt when Eric P. Hanson, President of Hammer + Sickle Cigars passed away. “The cigars were made and packaging idea’s discussed, but after Eric’s passing everything was put on hold and these cigars have been resting for over one year now and have aged beautifully.” according to  Erik Wentworth, Executive Vice President of Hammer & Sickle Cigars.

In January 2019, Wentworth and Oliver Nivaud, Director of Sales & Marketing for United Cigars, continued what had started and brought the project to fruition. “To have had the chance to work with Hanson on this was reward enough, he was an incredibly talented man with the driest sense of humor,” said Nivaud. “But to see this finalized and ready for market is amazing.”

The blend was derived from Hanson’s palette of his favorite tobaccos from the Davidoff Factory in the Dominican Republic to maintain the Hammer & Sickle profile with a United Cigars kick.

The boxes of 20 feature both companies’ logos and introduce a new tamper proof security measure with the zip tie. Only 300 boxes of the 6 ¾ x 46 have been made and will retail for $180/Box, $9/Cigar. United Cigars, building brands to unite every cigar lover.

United Cigars represent consistency and quality while not only offering cigars that “Flat Out Taste Better” but they protect their loyal Brick & Mortar. Live United, Buy United, Smoke United. 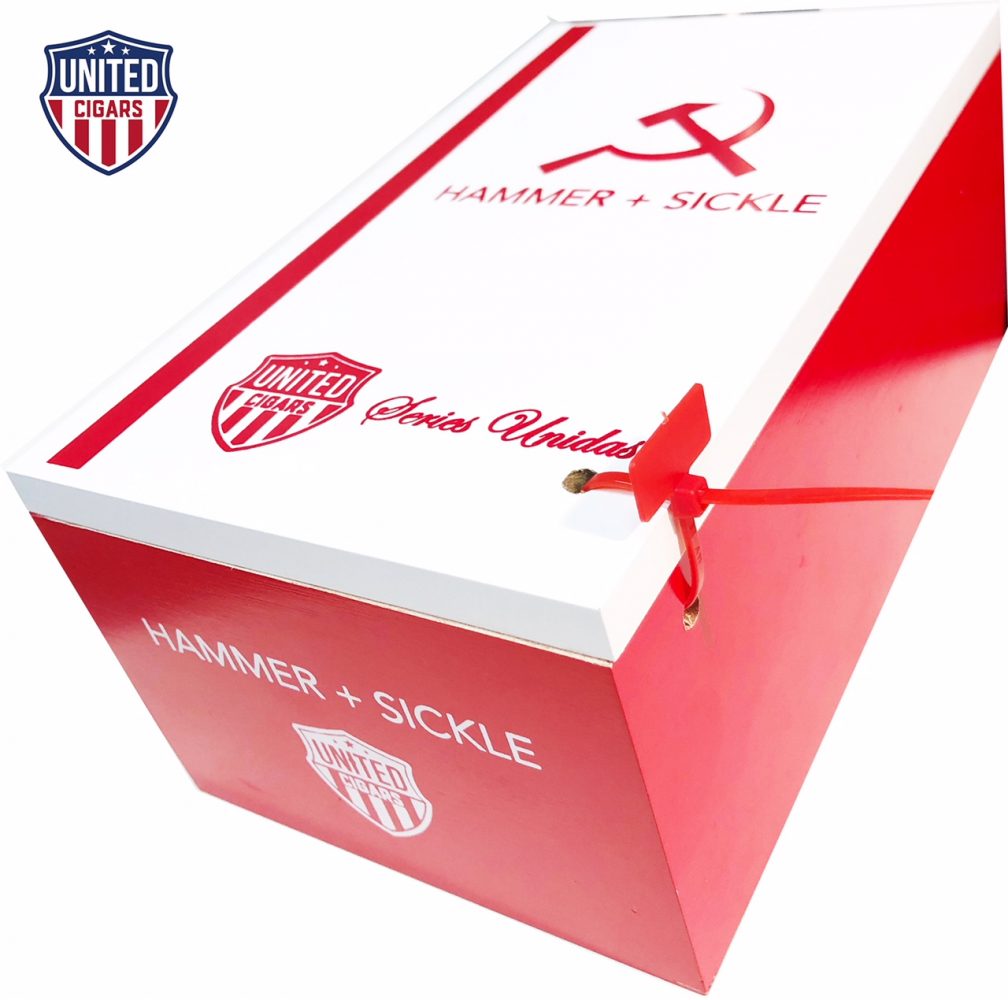