Earlier this year the legislative body of Vermont took up a tobacco 21 bill for 5th consecutive year. This time the Tobacco 21 bill passed the house by a vote of 124-14 after passing in the Senate. The bill now heads to the desk of Republican Governor Phil Scott who is expected to sign the bill pending a review. The new law will go into effect on September 1st, 2019.

The Senate also passed a House bill on Wednesday that restricts internet sales of electronic cigarettes, liquid nicotine and tobacco paraphernalia in Vermont.

Vermont is set to become the 12th state to enact a Tobacco 21 joining California, Delaware, Hawaii, Illinois, Maine, Massachusetts, New Jersey, Oregon, Utah, Virginia and Washington in raising the tobacco purchase age to 21. While Maryland (expected to sign) and New York (unknown) have sent bills to the Governors desk in their respective states where they currently await a Gubernatorial signature or veto. 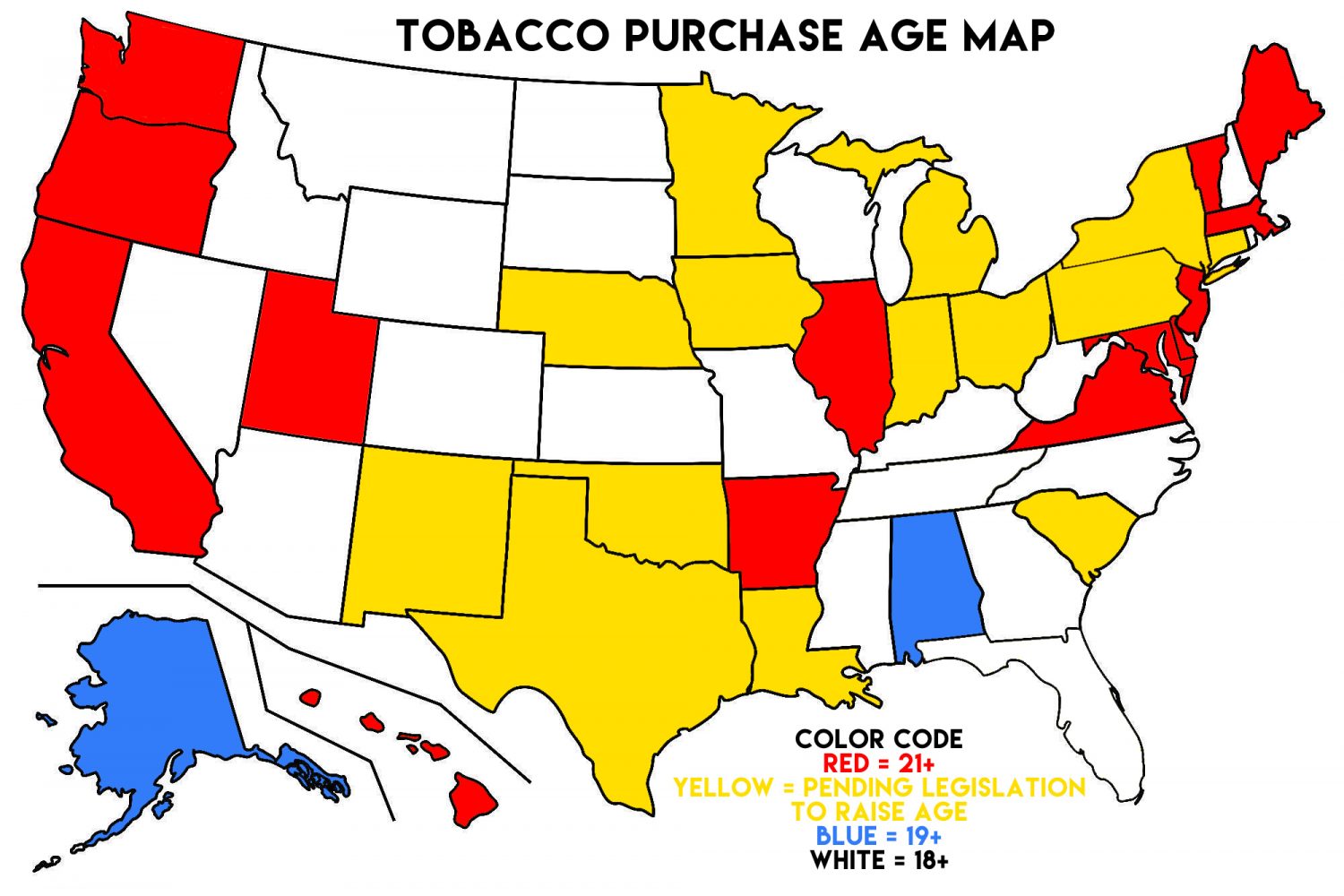