Davidoff is about to release their first ever box pressed vitola to adorn the Davidoff name. This past February, details emerged about the new cigar. A press release stated that the cigar would be released in a toro and robusto size with a Habano Oscuro wrapper instead of the Habano Rosado that is on the original.

Davidoff also stated that they slightly modified the blend to deliver a fuller and spicier flavor profile, specifically to the Esteli visos and ligeros tobaccos. I’ve been impatiently waiting for this new cigar to hit the shelves for months. Considering how much I enjoyed the original, I couldn’t wait to see how different the two might be. Barry was going to review it on Wednesday, but he was kind enough to pass the sample he received to me.

What am I smoking?

Though I have yet to see the packaging in person, the new Davidoff Nicaragua Box Pressed Robusto and Toro will come in boxes of twelve cigars with a look that is similar to the original boxes. The box utilizes the same colors of black and silver and also has a slide-off lid. The secondary band below the black and silver Davidoff label now says “Nicaragua Box Pressed” instead of “Nicaragua” alone.

As I said in my review of the original Davidoff Nicaragua Robusto, I like the simplistic yet classy look of these new boxes. I’m excited to see them when they hit the shelves at the end of March.

The Davidoff Nicaragua Box Pressed is a gorgeous looking cigar. It’s very well shaped with a flawless milk chocolate colored wrapper (which is slightly darker than the original line) and sports nearly invisible seams. The texture is velvety smooth and feels slightly spongy when squeezed. The foot is evenly packed, showing off a blend of light and dark filler tobaccos, and the caps on the head are neatly placed.

Smelling the foot reveals nuances of dark chocolate, earth and cedar. After cutting with a Colibri S Cut, the prelight draw reveals flavors of dry cocoa powder, soft pepper and a cherry-like sweetness. The draw is far more effortless than the original version with only a slight resistance that delivers great airflow.

I toasted the foot with a Vertigo Twister triple jet torch lighter to give it a quick and even burn to start. The first few pulls immediately greet me with a dominating pepper flavor, which is followed with a deep espresso and toasty finish. The body in the first third is at a solid medium.

Onward to the halfway mark, the peppery spice builds as does the strength, but not by too much. At this point, the cigar is giving off flavors of chili pepper, earth, cedar with a touch of chocolate sweetness towards the front of the palate. This is a lively and complex blend that changes fast, flavors seeming to show themselves one by one. The burn is solid as a rock, showing no signs of wavering.

The final third of the Davidoff Nicaragua Box Pressed is a completely different animal. It is now in the medium-plus range, still giving off a lot of pepper, but has become richer since the first light. Notes of coriander-like spice and nutmeg are present towards the nub. This is complimented by the natural sweetness and power of Nicaraguan ligero, which also brings out a good amount of black roasted coffee.

I’m sure some people are wondering which one I thought was better; the original Davidoff Nicaragua or the box pressed version. And to be honest, each cigar has a unique profile to it, but they are similar enough in a way that I can’t rightfully make that call. In fact, I was wondering if I should have even made the comparisons I did in this review. Both are great smokes, and both offer a few things the other does not.

The Davidoff Nicaragua Box Pressed is a cigar that is worth smoking, especially if you’re a fan of Nicaraguan tobacco. It offers the solid construction and flavor Davidoff is known for in an easy smoking box pressed format. As I said above, this cigar will be available in two sizes; the Toro measuring 6 x 52 and the Robusto coming in at 5 x 48.

Be on the lookout for when these drop, as I’m sure they won’t last long once they do. And that may or may not be my fault. 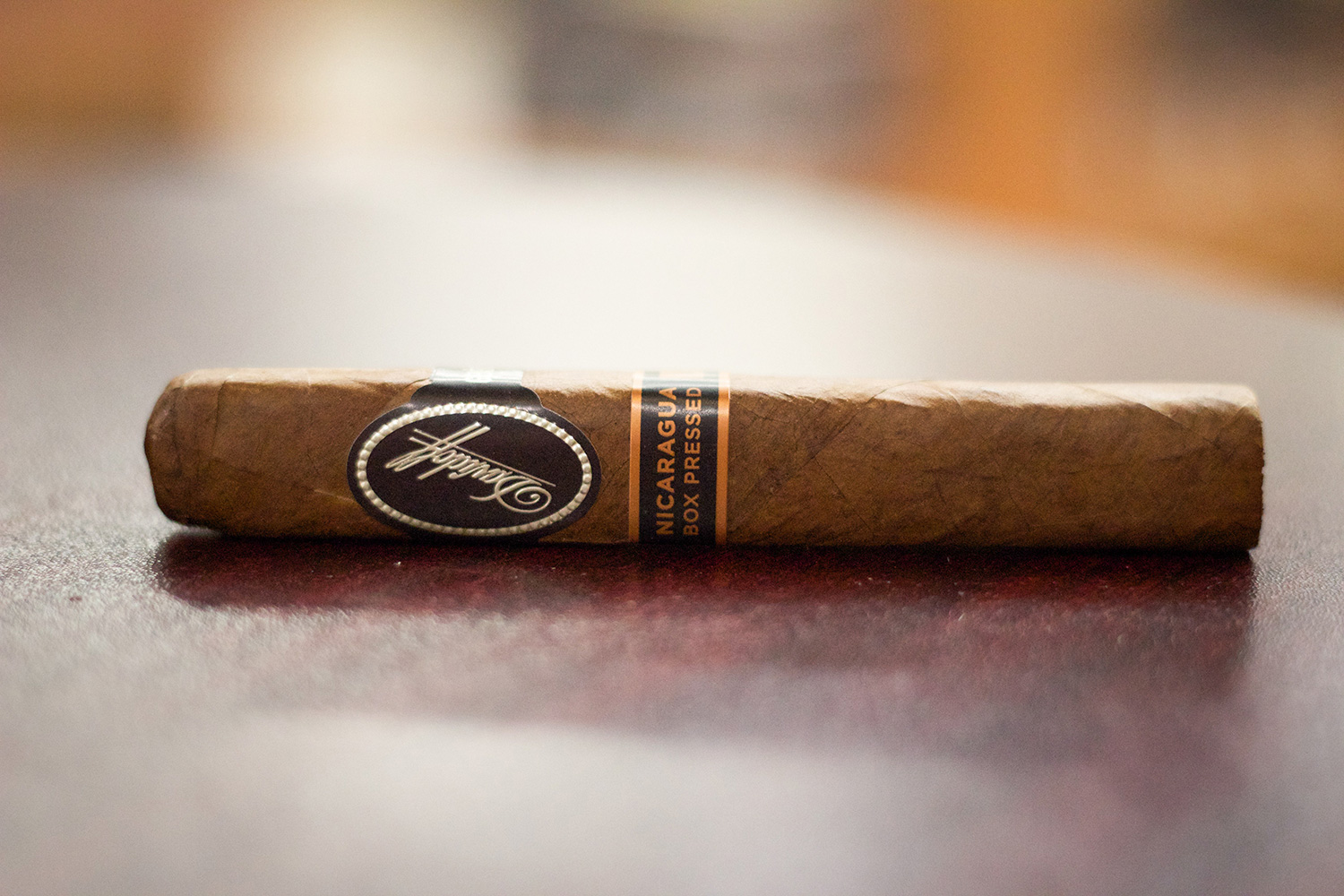 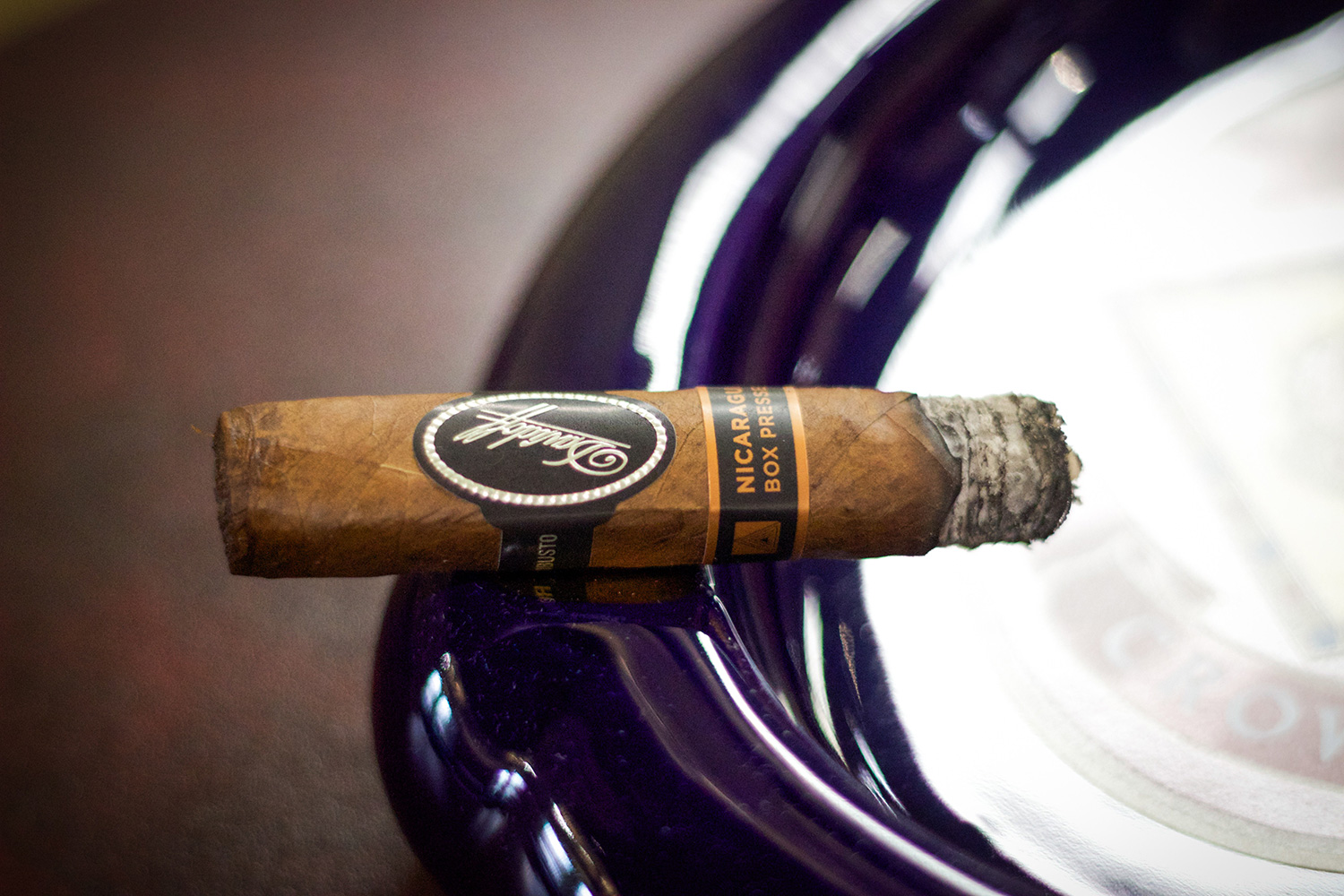 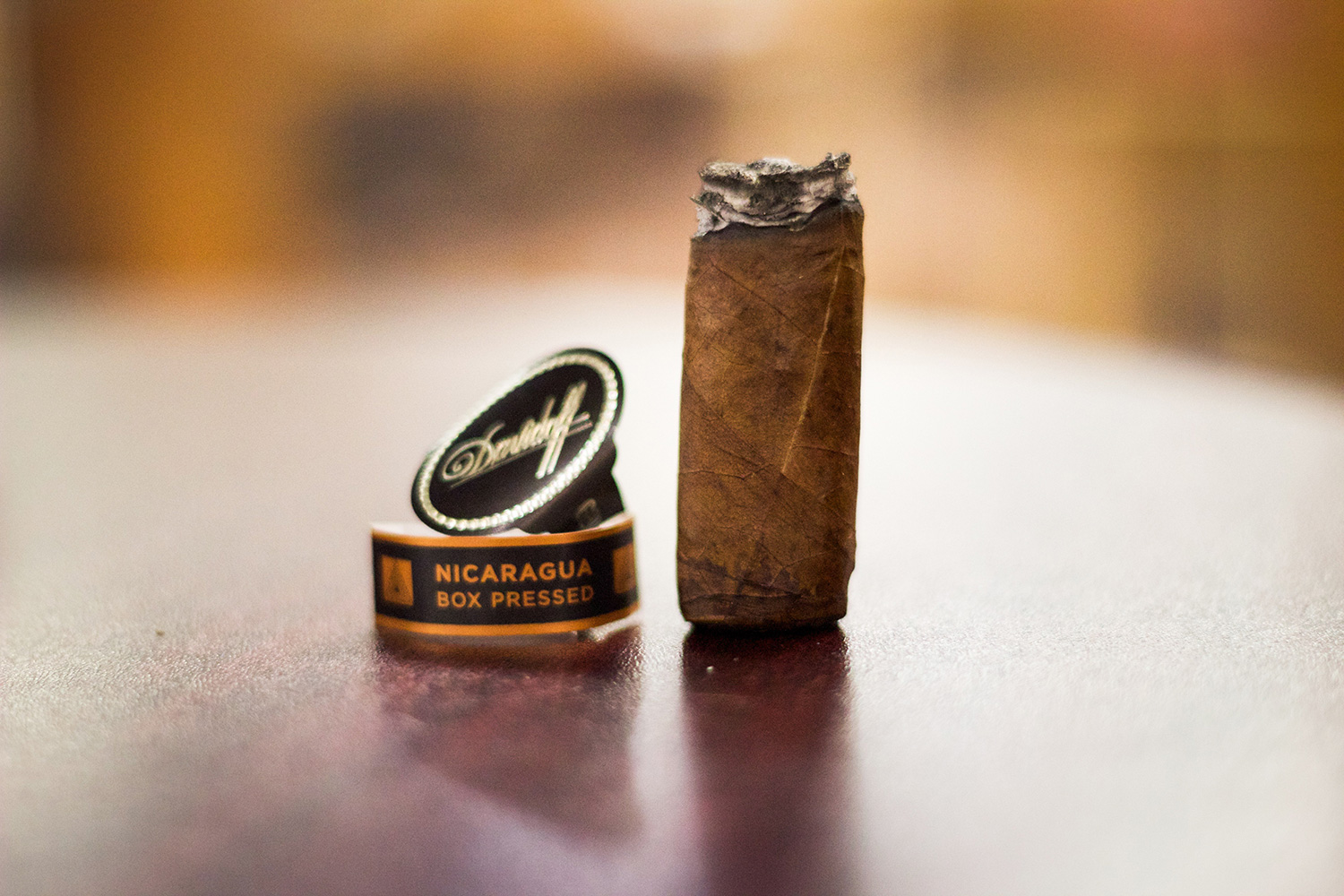