A few weeks ago on Twitter one of our followers asked for my opinion on Warped Cigars. My response was that while I have heard of the brand which is popular in social media circles I hadn’t seen them up in New England where I live. This led to the brand owner reaching out and sending some samples which have been spectacular in my opinion.

Today I decided to review the La Hacienda from those samples. According to their website, “La Hacienda is an old Cuban brand brought back to life through Warped. A true medium bodied blend with notes of citrus, nut and fruit, this blend is perfect for any time of day.”

The company is owned by Kyle Gellis who has his cigars produced at El Titan de Bronze and Casa Fernandez and also has their own line of apparel and accessories.

The Look: The chestnut color wrapper has some oils visible and it is meticulously rolled. The black, mustard and teal  band pops and stands out as it is a color combination that I have not seen on a cigar brand prior. Packaged in 25 count cabinet style boxes, the cigars are part of a new wave of boutiques hoping that the FDA predicate date will change in their favor. Light in the hand, the foot seems a little under filled but the cigar is firm throughout to the touch.

The Notes: The cold draw of the cigar is floral with subtle notes of citrus and a hint of a taste that reminds me of the aroma of morning dew. Prior to lighting it up the finish is grassy but enjoyable. The aroma off the foot is floral as well with a subtle wood note added to the mix.

The first third of the La Hacienda from Warped has a definitive graham note that is thoroughly enjoyable. In the mix is a bit of earth, anise and a touch of a note that reminds me of a beer pretzel especially on the finish. On the retrohale the cigar becomes incredibly sweet with a touch of citrus that changes the dynamic of the cigar.

Moving into the second third the Corona Gorda from Warped Cigars it becomes a little more balanced and sees the induction of some wood notes that are a well-defined oak which makes me yearn for some bourbon to pair with the cigar. Once past the half way point the La Hacienda takes on a subtle peppercorn note that is enhanced through the nose.

As the cigar concludes the last third sees the wood notes turn it down a notch and become softer like cedar. A subtle sweetness remains which provides a nice contrast to notes of peppercorn as the finish of the cigar is a little long with notes of nuts.

The Burn: A slow burning Corona Gorda that lasted just north of 2 hours for me, but alas I am a ridiculously slow smoker. The ultra thin combustion line revealed a light color ash on the razor-sharp burn. The draw was nearly iconic and the construction of the cigar was spot on.

The Finish: There are a lot of companies that could fall by the wayside if the FDA gets to keep the predicate date of 2007. Even if the date is moved to what some hope to be 2014, the La Hacienda which came out in 2015 would most likely cease to exist unless the company was able to pay for FDA approval. Which is a shame, because this is a solid cigar with an exceptional flavor profile. 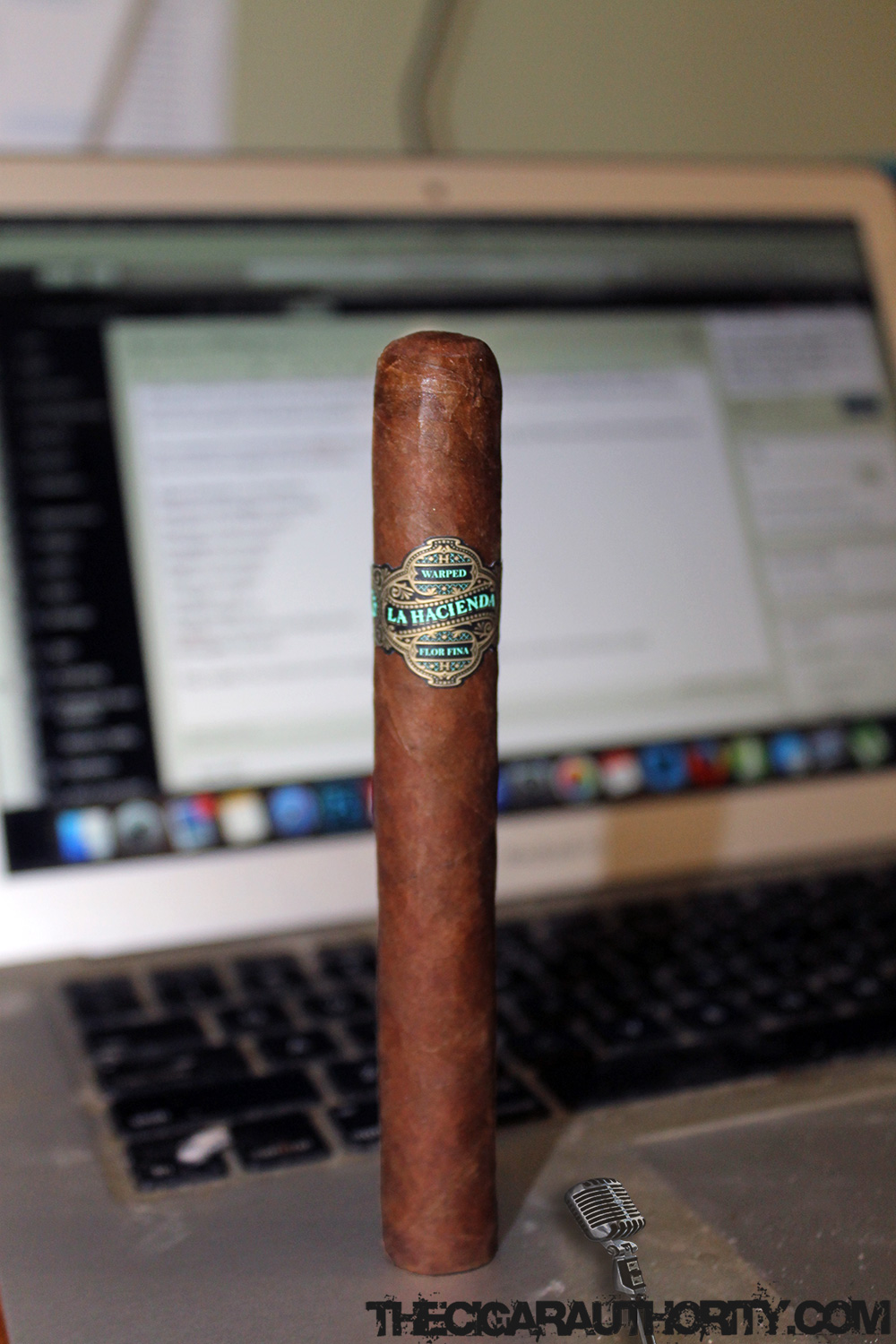 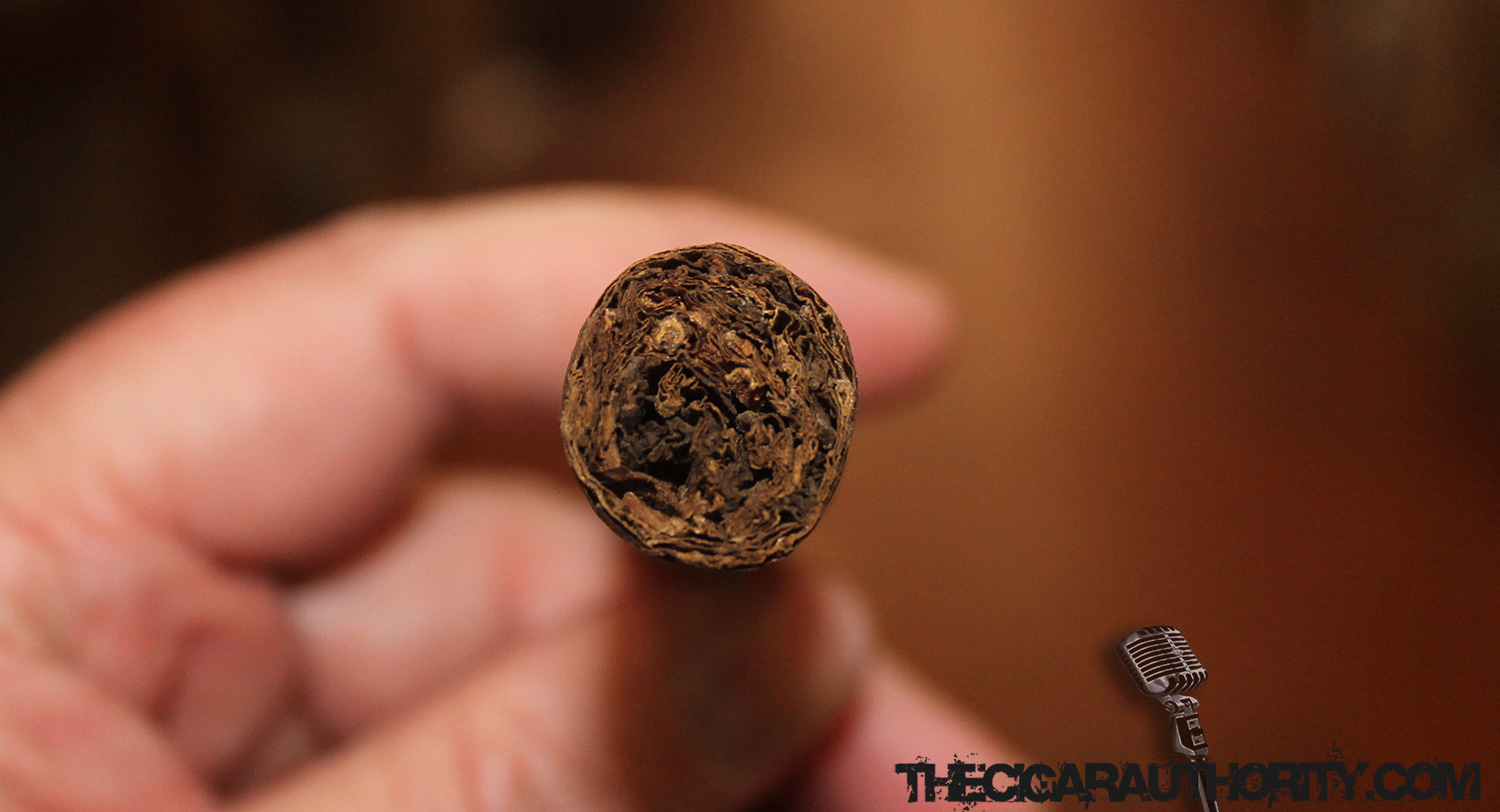 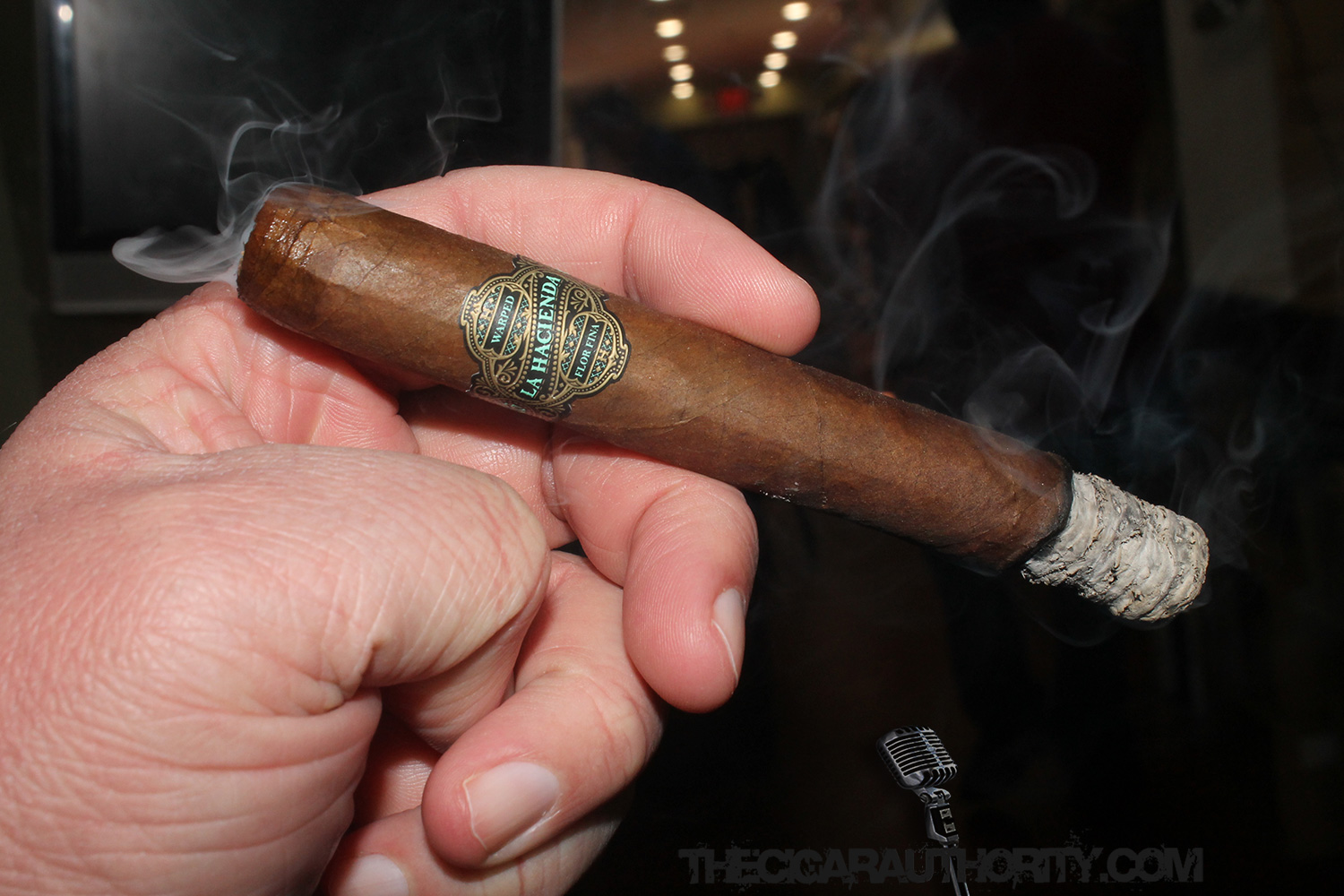