Ladies and Gentleman….Here come… “The Copy Cats”
by David Garofalo

It’s that time of the year when some manufacturers come out with what they believe was “hot” last year from their competitors and try it themselves. That is a large part of the cigar industry my friends, companies taking the easiest path to success… Copying others… but maybe there is nothing wrong with it. Maybe they don’t have to be the first, just the best. Let’s dig in.

Whether it be the sizes, packaging or even names that sounds like others, when the IPCPR trade show opens on July 18th, it will not only be a Cigar Lover’s Dream, but it’s a Dream to the Attorneys. They will be walking through the trade show searching for their prey, The Copy Cat, with cease and desist letters in hand (also known as infringement letters) to “halt” what they claim to be unlawful activity.

On the other hand, we have seen it over and over again. Some manufacturers “claiming” the rights to a single letter, or number, or even in the case of something like crossed swords forming a letter that resembles a letter that a manufacturer makes claim too.

A coin, a lion and even a color can, and sometimes will be protected. A certain font or script, a Spanish word that means something that an English word sounds like, and even a city name… we’ve seen them all. Attorneys will sue no matter what, as long as they get paid. The question will be, does or can the defendant afford the fight or not? Right or wrong has nothing to do with it, you have to pay to play.

Litto Gomez from La Flor Dominicana got the patent to a shape, the first time to my knowledge with his “chisel” (registration No. 3,115,620) and while he was at it, he managed to get the patent on a blend “double ligero”. So now we see “triple ligero” and “super-ligero”. The Copy Cats can’t be stopped, but should they?

I am not detached from these actions , some have taken against me personally. In 1994 I created “The Cigar Jar” and within a year it was copied and sold everywhere under all kinds of names. I was told I was “loco” (crazy) when I came up with the idea to put a long tail (like a fuze) on a short stubby cigar and called it “Firecracker”… then came the Copy Cats. I try to be a creative guy, but what should be “the most sincere form of flattery” they tell me, sometimes honestly, pisses me off. 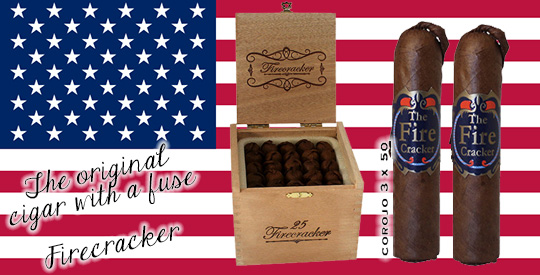 Camacho launched a long lost Candella (green) wrapped cigar for a holiday (Saint Patrick’s Day) back in the 90’s and the Copy Cats came out in droves. Now each year we can expect someone to again copy their original idea. And speaking of original, Camacho again brings back a lost tobacco “Corojo” that had a very low yield and made it popular once again. Other companies now use it… oh no not the tobacco, just the word. Popularity is what drives the Copy Cat, as it is so much easier to simply copy than be creative and innovative.

Other seasonal releases have continued to gain popularity. One would think Pete Johnson and his “Monster Series” owns Halloween in the cigar industry but there are always others who try. Actually, I tried my take on Halloween myself as it means something very different to me, it was never about the Monsters, as a fat kid it was always about the Candy. I produced “Cigar Bars” that looked like old fashioned nostalgic chocolate bars, later to be served papers not from Tatuaje but from a giant candy producer. I quickly backed off… but others actually copied me. Heads up (big mistake).

Last year we saw a few brands coming out with cigars that pair with different beverages including whiskey, coffee and even beer. Get ready folks, with their continued success, the flood gates are about to open. A few years back, just a couple of cigar makers had sixty-plus ring gauge cigars, now just about every line has added it to their portfolio.

I remember when perfecto’s, torpedo’s and pyramids were hot, everyone had them in their line-up. At one time everyone had to come out with their “bundle” of value priced cigars, originally done by J.C. Newman a long time ago. Today we are seeing people compete with the Highest Priced cigars ever made, last year Davidoff came up with a $500 cigar called Oro Blanco and it sold out. My fingers are crossed that this doesn’t catch on. And what about the “limited releases”… they seemed to be working well, everyone is doing it so I expect to see a lot more of that unless the FDA shuts that down.

This year we saw “Barrel Aged” get popular once again. Putting tobacco in barrels that may or may not have once contained whiskey or a spirit of some kind for an additional time aging. This is nothing new, but it has been barely used in the last decade until recently. With nominal success we can expect there to be a lot more cigar brands claiming “Barrel Aged” and rehashing it over and over again… just you wait and see. 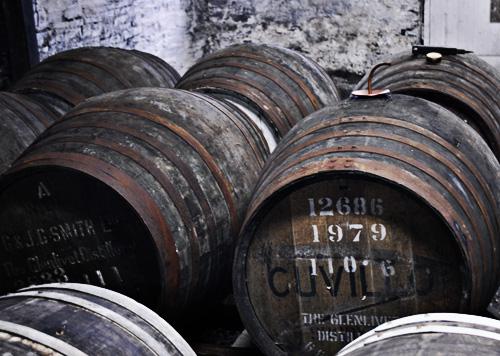 Again on a personal note, I was forced to give up a trade mark I owned for 20 years to a company who didn’t even exist when I trademarked it, but the fight was not financially worth it… so I had to give it up… it’s just doesn’t seem fair.

The fact is, The Cigar Industry is a “Copy Cat” industry… because how many new things can you possible do to rolled up tobacco leaves that was never done before? All the while, at the same time we see lots of creative and innovative things going on. There are some very creative folks in the cigar business. I for one personally love the innovators, those crazy ideas that someone had the guts and courage to put out. I applaud their nerve and bravery to put themselves out there, at the same time, knowing that if they fail, they may be called ridiculous and gimmicky, but if they succeed, they will be copied. Whether you like it or not…Ladies and Gentleman….Here come… “The Copy Cats”.