According to the press release sent out by Creativas on behalf of AJ Fernandez.

“The team at A.J. Fernandez Cigars is grateful for the amazing support we have received from the consumer and therefore will offer the New World Cigar at a value price as we invite everyone to join us on our New World journey,” said Abdel Fernandez in a press release. “The New World Cigar relates to expanding one’s knowledge and questioning the status quo by discovering our personal New Worlds as we go through life.”

The Look: The New World by AJ Fernandez is a box-pressed cigar with a prune like appearance. The wrapper has a lot of wrinkles to it, instead of the smooth appearance of other cigars that are pressed. The cap of the cigar has a weathered look to it making the cigar look more like the Old World. The band features some nice art work, and it does stand out. In the hand the cigar feels light and the sides of the cigar feel soft.

The Notes: The cold draw of the cigar reminds me a bit of raisins and anise which is a nice combination while the foot of the smoke is both earthy and smoky with the latter reminding me of beef jerky. The initial light of the New World by AJ Fernandez has subtle spices and a peppermint like taste that is faint but present enough to enjoy

Working into the first third of the cigar the peppermint note begins to emerge as the dominant note over chocolate that almost reminds me a little bit of a Girl Scout thin mint cookie.

The second third of this flavor bomb loses the mint like quality but continues to have notes of chocolate and cookie. There is still an abundance of spice through the nose on the retrohale but it also helps amplify the notes on the draw.

The last third of the cigar has a flavor change that takes on notes of coffee on the finish over  leather and earth. In the last inch of the cigar a slight apricot note develops leaving a lingering sweetness of the palate.

The Burn: I will admit I was worried the cigar looking how it did, would burn a little wonky. However, it put my concerns to rest right away. The ash was a little weak and fell before I could take the first ash picture of the smoke, but it did hold in a little less than one inch increments. The draw was fluid bordering on a little too much so for my tastes but it falls in the realm of acceptance as the cigar burned cool down to the nub.

The Finish: Having not been a tremendous fan of the Pinolero I was curious to see where the AJ Fernandez New World was going to wind up being in comparison. The result is a cigar that is enjoyable with a nice flavor profile, and complexity. And it also proves the age-old adage, you can’t judge a book by its cover. 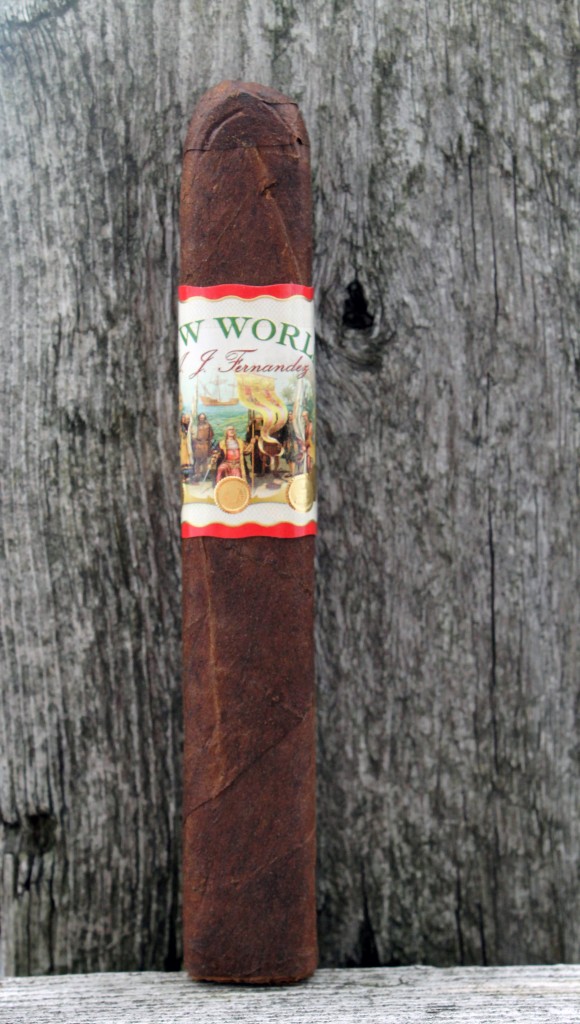 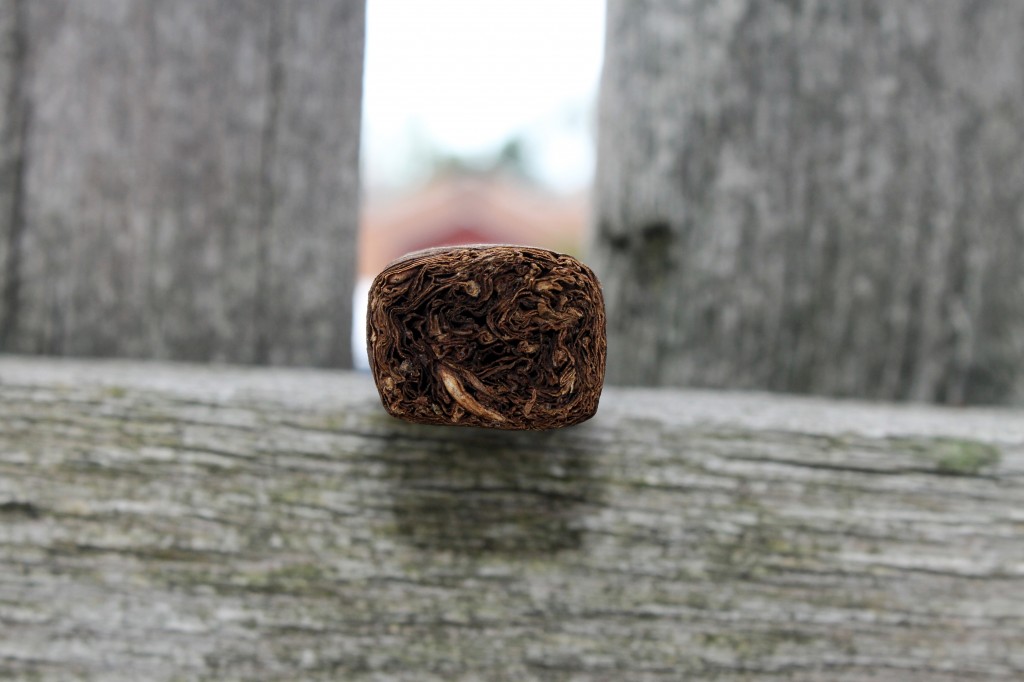 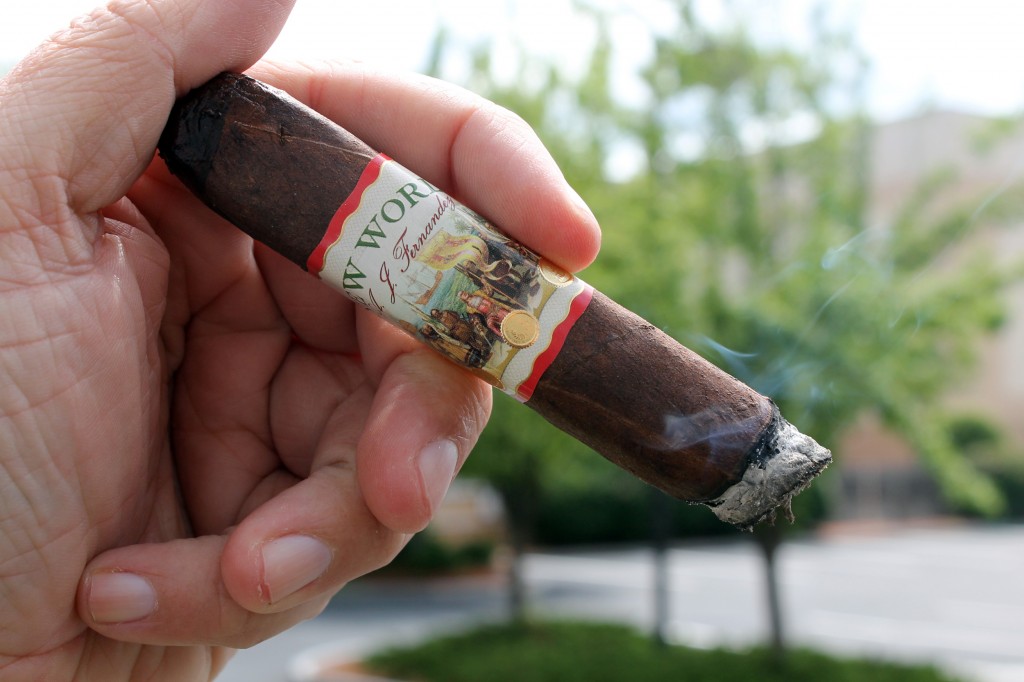