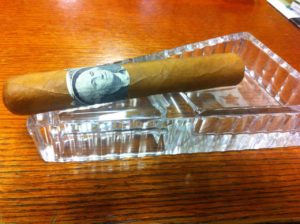 This whole thing began with the growth on the internet and the 1992 Supreme Court case Quill Corp. v. North Dakota,  that determined due to the constitutional law, states could not collect sales taxes from purchases made by their residents from out-of-state vendors that did not have a physical presence within that state, barring legislation from the United States Congress that would allow them to collect or pay any taxes. The decision effectively allowed Internet-driven e-commerce to be run tax-free in the United States.

As time went on and the growth and boom of online sales continued to grow, so did the states hunger for the money their residents were beating them out of in the case of sales taxes. Then comes South Dakota v. Wayfair.

On June 21, 2018, The United States Supreme Court ruled 5-4 that states can now mandate that businesses without a physical presence in a state with more than $100,000 in-state sales collect and remit sales taxes on transactions in the state. Within the first year, the majority of all states (80%) are collecting and the remainder is expected to follow soon. No longer is the online retailer at a sales tax competitive edge over the brick and mortar retailer.

Most recently, the state of Maryland has just expanded from just the sales tax and starting October 1, 2019, a new law broadens the online seller to collect and remit the tobacco taxes.

You see, although this law was all about sales tax, the Supreme Court ruling was pretty broad: All it really did was determine that a physical presence is not necessary to create nexus, so here was the next step. The state of Washington now uses economic nexus to impose a business and occupation tax obligation on remote sellers, and then Texas will enforce and economic nexus for a franchise tax.

Here’s what’s next for cigar smokers, Maryland will be the first to require out-of-state sellers to pay the tobacco tax on pipe tobacco and cigars.

So what does this mean for the online shops, the consumers and the brick and mortar retailers?

Online shops shipping into Maryland will begin to have to play on the same level playing field with those retailers in the state, in this case Maryland. Currently Maryland has a 15% cigar tax plus a 6% sales tax that is compounded on that tax totaling 22%. Take a $100 purchase of cigars and consumers will soon expect to pay $122 online, just as they currently do in the shops, with no profit going to the retailer in any case.

Consumers in Maryland, you will be paying more for the cigars if you currently buy online, it’s that cut and dry, there is no evading the sales and tobacco tax any longer.
Retailers in Maryland, the playing field has been leveled and all cigars being sold to consumers will be taxed at the same rate, cigar and sales tax.

So, you don’t have to worry because you don’t live in Maryland right? If you think this isn’t going to go viral from state to state, just like the sales tax, that in less than a year hit 80% of the states, you’re crazy! The online giants like Amazon and Wayfair found it impossible to beat it and the online cigar giants will fight hard too, but in the end, it’s all about the money and the states want it and will eventually get it. Word to the wise: Start to get to know your local brick and mortar retailer better.