In 1903, La Aurora opened their doors becoming the first cigar factory of the Dominican Republic. Founded by Eduardo Leon Jimenes the company has remained family owned where it is run today by Guillermo Leon. In 2018, La Aurora celebrated their 115th anniversary and announced the release of the 115 Anniversary. In typical Latin America fashion, the cigar arrived in 2019. The cigars are available as a Belicoso in a 15 count box and as an ultra limited jar of 30 in a Gran Toro size. Today we review a cigar from that jar which is limited to 800 units worldwide.

The Look: The Gran Toro comes packed in a gorgeous matte black jar that features a La Aurora lion logo in yellow gold and it also prominently displays 115 with La Aurora 1903-2018 underneath. The side of the jar features the La Aurora factory silhouette. It is as beautiful as they come, and one of the best looking jars I’ve seen. Inside the jar, the La Aurora 115 Anniversary features a black and gold band that mimics the jar with silver on silver underneath. A secondary band denotes Limited Edition. In the hand the cigar is heavy, although the foot is slightly undefiled. The chocolate color wrapper has some subtle oils and a thin network of veins.

The Foot: Once the cap is clipped the cold draw has notes of fudge and walnuts creating a brownie like experience. The foot of the cigar has a barnyard like aroma with hay, cedar and a subtle manure note which is considered to be one of the best compliments for tobacco. Once the cigar is toasted the initial note is graham cracker sweetness.

Moving into the first third of the La Aurora 115 Anniversary one quickly realizes how different this cigar is from anything else in the La Aurora portfolio, even their signature Preferidos. As we settle into this third notes of graham cracker remain with a hints of honey and caramel. The finish offers up a sweetness reminiscent of fruit stripe bubble gum while the retrohale is incredibly smooth and slightly nutty.

Moving into the second third a subtle pepper component begins to appear but it remains in the background as the cigar serves up dominant notes of caramel that begins to fade around the half way point as cedar takes control. There is a continued nuttiness, along with elements of coffee. The retrohale remains incredibly smooth with more cedar and nuts. The aroma of the cigar has a honey sweetness to it.

The last third sees notes of cinnamon develop with a pistachio like nuttiness that dominates the palate. There cigar remains somewhat sweet on the finish with hints of honey and cedar. There is an increased pepper component that also appears on the retrohale. The cigar remains exceptionally smooth and balanced with a moderate finish in terms of length.

The Finish: I’ve smoked a few of these now and I will say this. Leaving the ash on as long as possible changes this cigar up dramatically for the better. The cooler the smoke, the more robust flavors that envelop the palate creating an experience that is simply incredible. A cigar that beckons you to smoke slowly and enjoy the moment. The La Aurora 115 Anniversary is one of the most balanced cigars I have smoked with a fantastic flavor profile and aroma from La Aurora. I am sure I will be asked how the Gran Toro compares to the Belicoso, and this size showcases the blend better in my honest opinion. 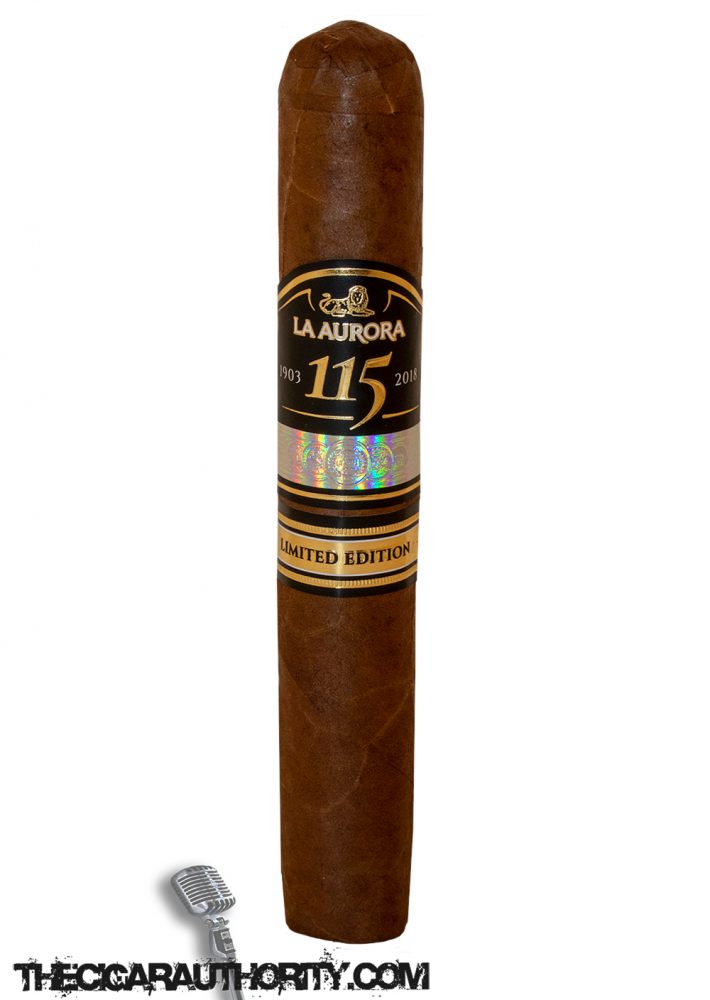 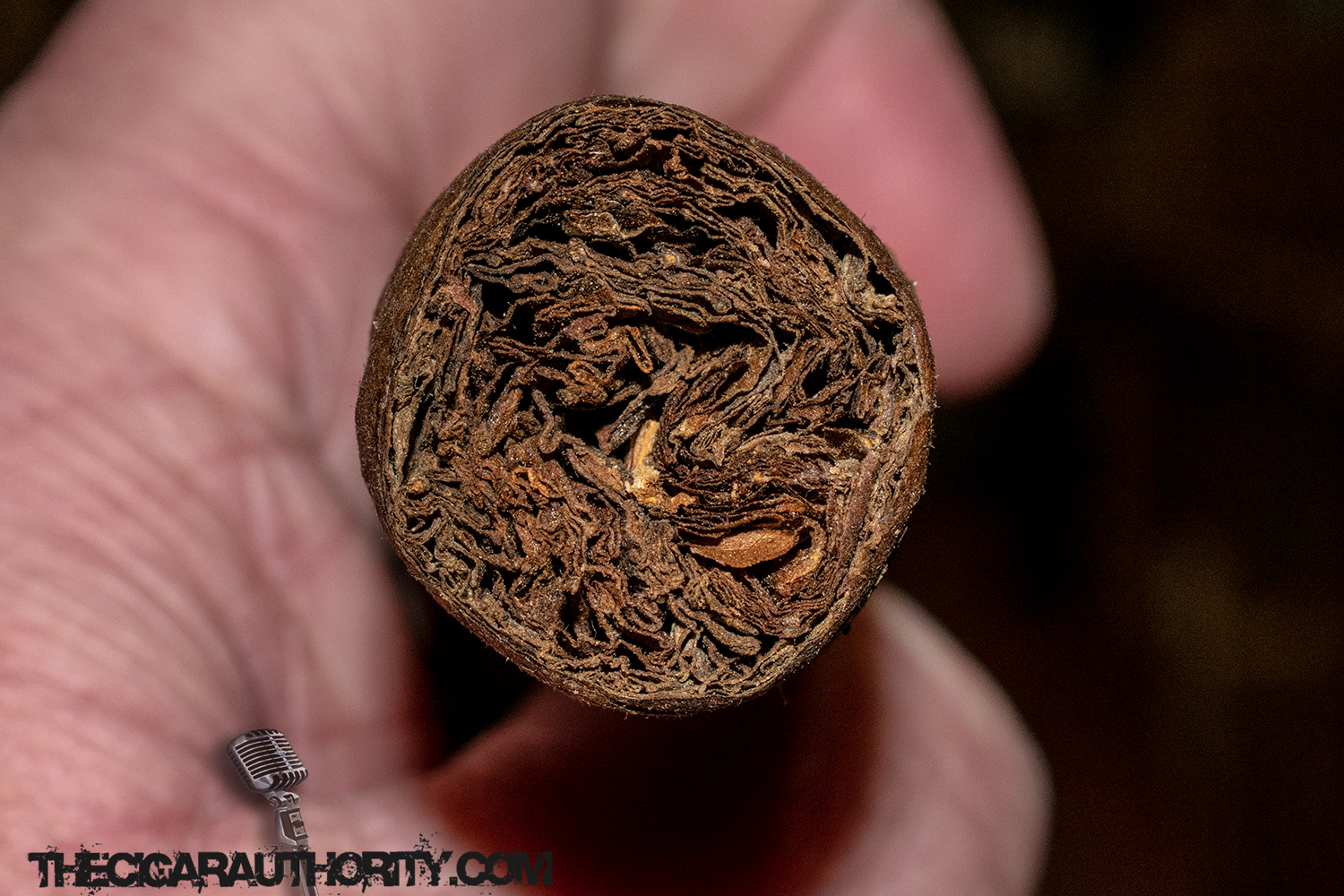 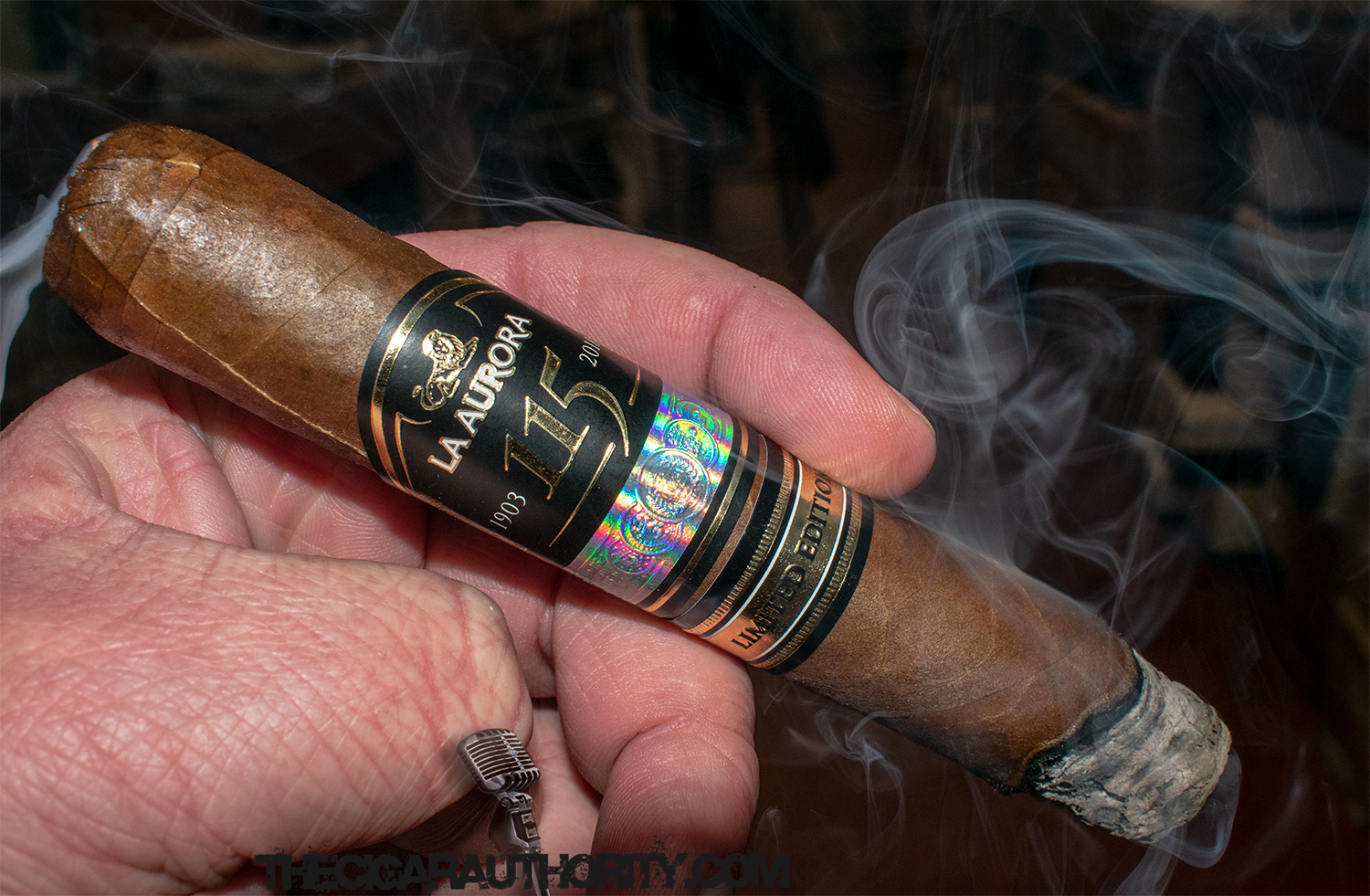