Royal Agio Cigars USA announced today that they will be introducing Paso Doble, the second cigar blend released under the collaboration-based Balmoral Serie Signaturas (Signature Series) platform. This follows the release of the Balmoral Serie Signaturas Dueto in 2018, a special collaboration blend with Ernesto Pérez-Carrillo. For this second release, Boris Wintermans joined forces with the esteemed Litto Gomez to create an inspiring and truly one-of-a-kind cigar blend that intertwines each cigar makers’ most coveted tobaccos and blending signatures. Paso Doble will be presented in the Royal Agio booth (#3638) at the 2019 IPCPR Tradeshow in Las Vegas, NV.

Paso Doble was born of a collaboration between two world-renowned cigar makers known for their ambitious desires to define, in their own unique way, what it means to be boutique.
Litto Gomez and Boris Wintermans share a similar passion for developing inspiring, one-of-a-kind blends, and each has their own method for getting there. Litto incorporates specially-grown tobaccos from his personal farm in La Canela, Dominican Republic, while Boris relentlessly searches the globe for the most unique premium tobaccos.

When asked about Paso Doble, Boris Wintermans, 4th generation CEO for Royal Agio Cigars, stated, “I have a tremendous amount of respect for Litto’s work and the fact that, like me, he is obsessively passionate about pushing the boundaries of what can be discovered in premium cigar blending. For this special collaboration project, we placed all of our respective, coveted tobaccos on the table and went to work exploring a wide range of unique and exciting blending possibilities, never really knowing the final outcome. I am proud to say that, in the end, we turned a blank cigar canvas into a one-of-a-kind, inspiring discovery in cigar blending for cigar lovers everywhere to enjoy.”

From his Tabacalera La Flor factory in La Canela, Litto Gomez commented “Last year we partnered with Boris and his team at Agio to distribute our products in Germany and The Netherlands, and we were so impressed with their professionalism and dedication, that when Boris asked me to collaborate on a blend with him, I did not think twice. This is not something we normally do, in fact we never do it, but for Boris I made an exception because we share the same simple philosophy, to be the best and do things the right way. The process behind Paso Doble has been an absolute pleasure, from concept, to design, to blending, Boris and his team have been phenomenal throughout and the result is a very special cigar that smokes just as beautifully as it looks!” 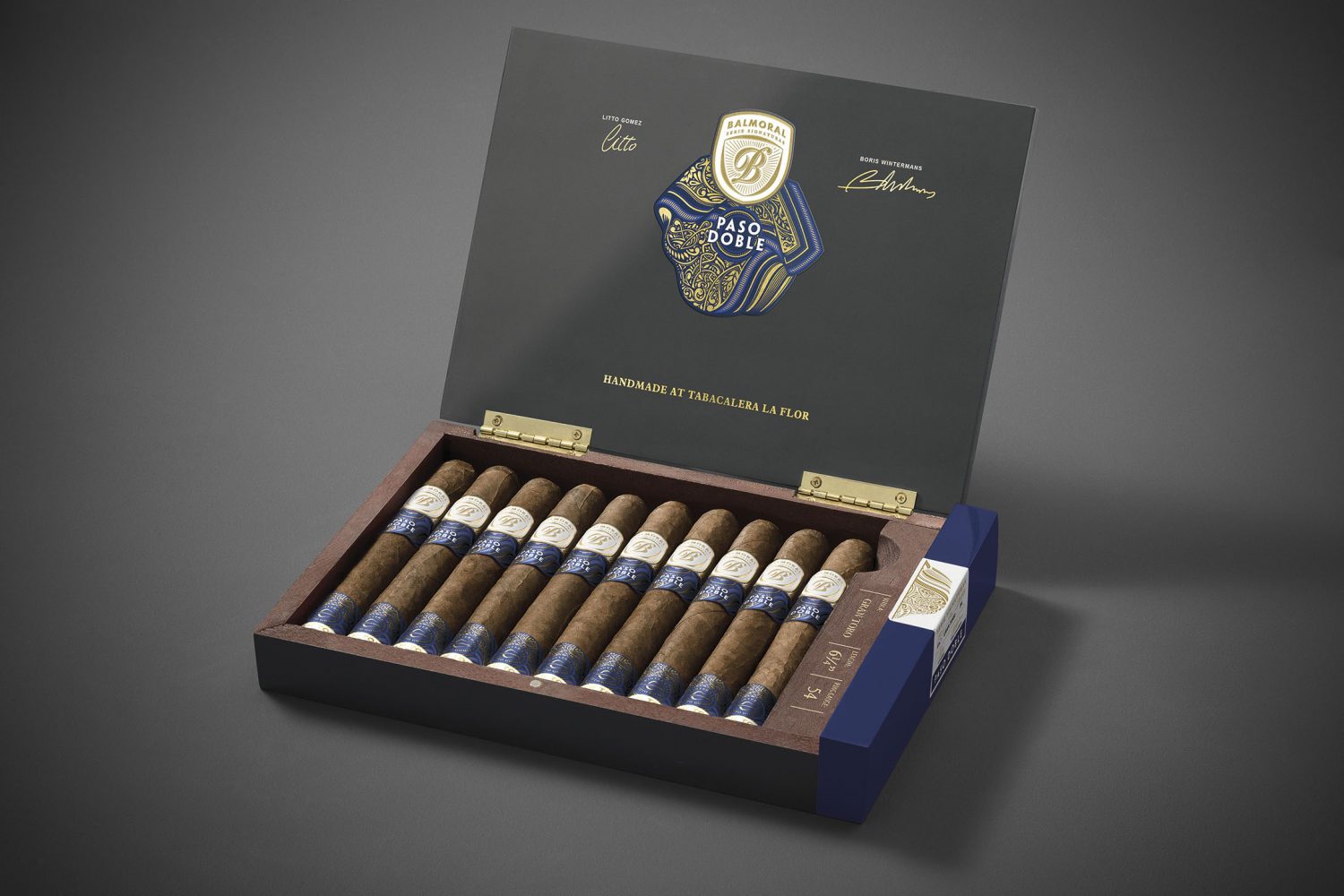