Back on June 17th, 2020 we welcomed Nick and Nicholas Perdomo to The Cigar Authority where we launched the Firecracker. During the After Show we got a sneak peak at the new Perdomo 10th Anniversary Sungrown and Maduro cigars as we took a look at family traditions. The cigar was teased as being available on August 4th and we joked that it wouldn’t be until later since Latin America has a stereotype of never being on time. Well, it’s time to eat those words as the cigar has landed early at 2GuysCigars.com and it’s today we review the Maduro version here on The Cigar Authority.

The Look: Packaged in 25 count cabinet style boxes the Perdomo 10th Anniversary Sungrown is soft box pressed to perfection. The box and band feature a vibrant blue color with gold and black. While the band isn’t as bright as the Sungrown version, I love the color blue chosen for the band. In the hand the cigar is firm to the touch with a well packed foot and a fair amount of oils visible. The wrapper is aged 6 years and it is a perfect looking specimen.

The Notes: The cold draw offers up a wine like sweetness similar to that of a bouquet from a nice Cabernet. The foot of the cigar serves up some earth and cashews as I keep going back to enjoy the cold draw sweetness. Once the cigar is lit there is a subtle sweetness with a hint of dark chocolate.

Moving into the first third the notes of dark chocolate become the dominant flavor profile with hints of wine and a touch of leather. The sweetness of the cigar is tantalizing and it lingers on the finish. The retrohale of the Perdomo Reserve 10th Anniversary Maduro serves up some lingering pepper with a hint of lemon zest.

The second third continues to serve up a subtle sweetness with notes of cashews as the leather component becomes stronger but not overpowering. The finish of the cigar is wonderfully robust with the strength kicking up a notch moving it to the fuller side of medium. The retrohale sees a touch of almond and a lingering pepper that creates a long finish.

Moving into the final third of the cigar that serves as a replacement of the Perdomo Noir, continues to offer up an underlying sweetness with notes of nuts and leather. A subtle espresso component develops as the cigar comes to a close and the retrohale serves up pepper and leather on the long finish.

The Finish: There is a tremendous buzz around the Sun Grown and Maduro release of the 10th Anniversary, and rightfully so. For me these two lines brought a renewed interest in Perdomo cigars. Their fan base is huge, referred to at the Perdomo Army and I believe these cigar will have some new people enrolling in support. The Maduro would pair excellent with a Cabernet, or after a steak dinner. I’ll be asked which I prefer, and the answer is the Sun Grown but not my much. 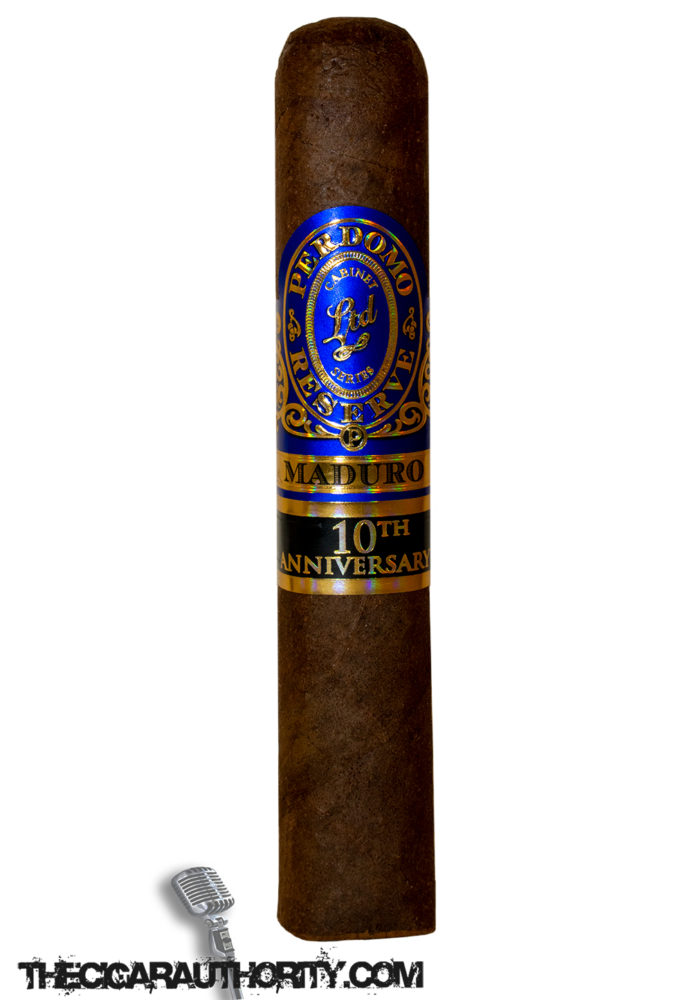 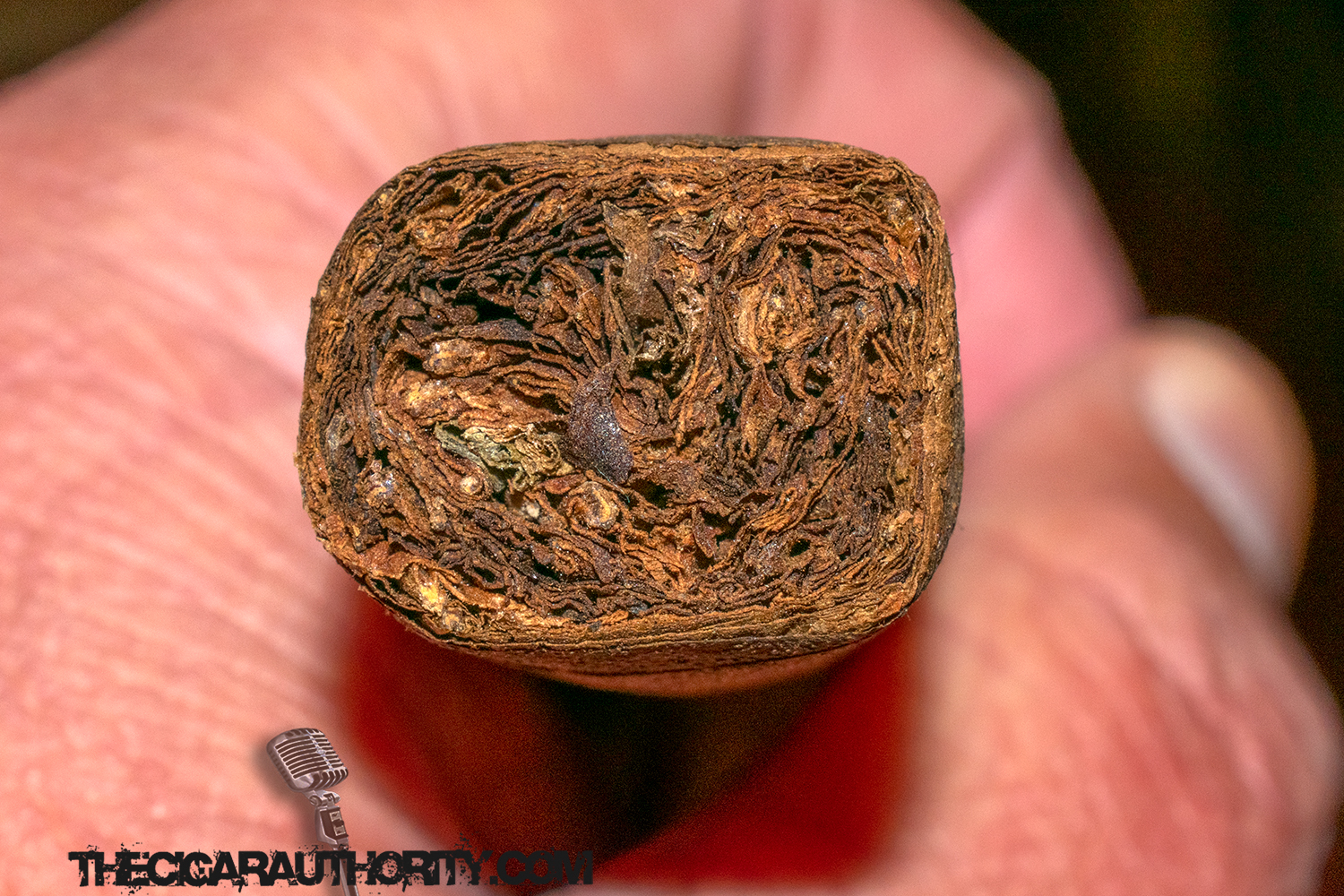 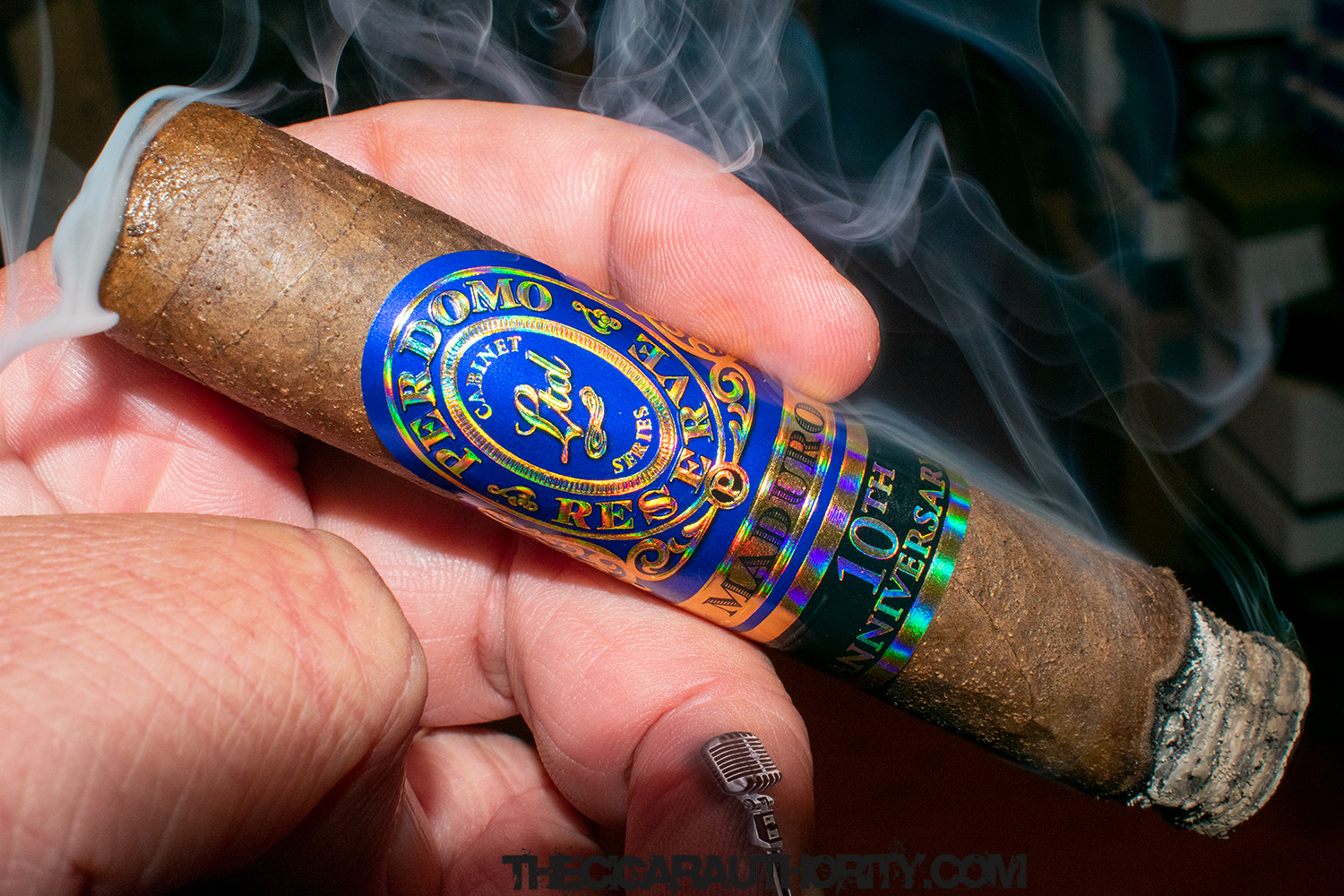