I am not sure how it is in your neck of the woods, but right now in New Hampshire we are stuck in a worker’s nightmare. It’s hot and sunny during the week with temperatures being in the mid 80’s here. However this weekend when I had off it was in the mid 50’s as a high with rain and overcast skies. Not exactly the perfect weather to enjoy a day off one would work for. As luck would have it, this coming weekend there is rain in the forecast.

Oh well, at least I can smoke cigars at work and today offer you this review.

The Look: Rocky Patel follows the blueprint of previous Vintage releases with the release of the 2006. The black dress box features a rectangular orange design which denotes the San Andreas release. Inside the orange band on the dark San Andres wrapper really pops creating a gorgeous looking contrast. The dark wrapper is flawless and rolled to perfection. For the record, Rocky Patel chose to spell is San Andreas on the band and box, but the correct spelling is San Andres.

The Notes: Once the cap is clipped the cold draw of the cigar serves up notes of marshmallows much like you would find in a breakfast cereal and kola nut. It’s two notes of a cigar that aren’t common by any stretch of the imagination, but easily identifiable here. The aroma off the foot has a subtle sweetness.

As we work our way into the first third of the Vintage 2006 some of the marshmallow notes are noticeable on as soon as the cigar is lit. As we progress into the cigar those notes begin to fade as the cigar develops some nuttiness and leather. The retrohale of the cigar is loaded with white pepper notes, that caught me off guard compared to the sweetness of the Churchill size. .

The second third sees the butty notes become dominant and around the half way point of the cigar a mocha like sweetness slowly begins to develop along with some dark espresso notes. The retrohale still has a boat load of white pepper that singes the nostrils and makes my eyes water.

The last third of the Rocky Patel San Andreas Vintage 2006 sees the mocha become the dominant note with a strong dark espresso on the finish. The retrohale of the cigar has finally toned down and adds some nuttiness to the mix.

The Finish: The more I smoke the Vintage 2006 the more it becomes my favorite from Rocky Patel. Wether you’re a fan of the brand or not, you owe it to yourself to pick one up and try. If not for yourself do it in support of the tireless work Rocky puts in against the FDA fighting for our rights. 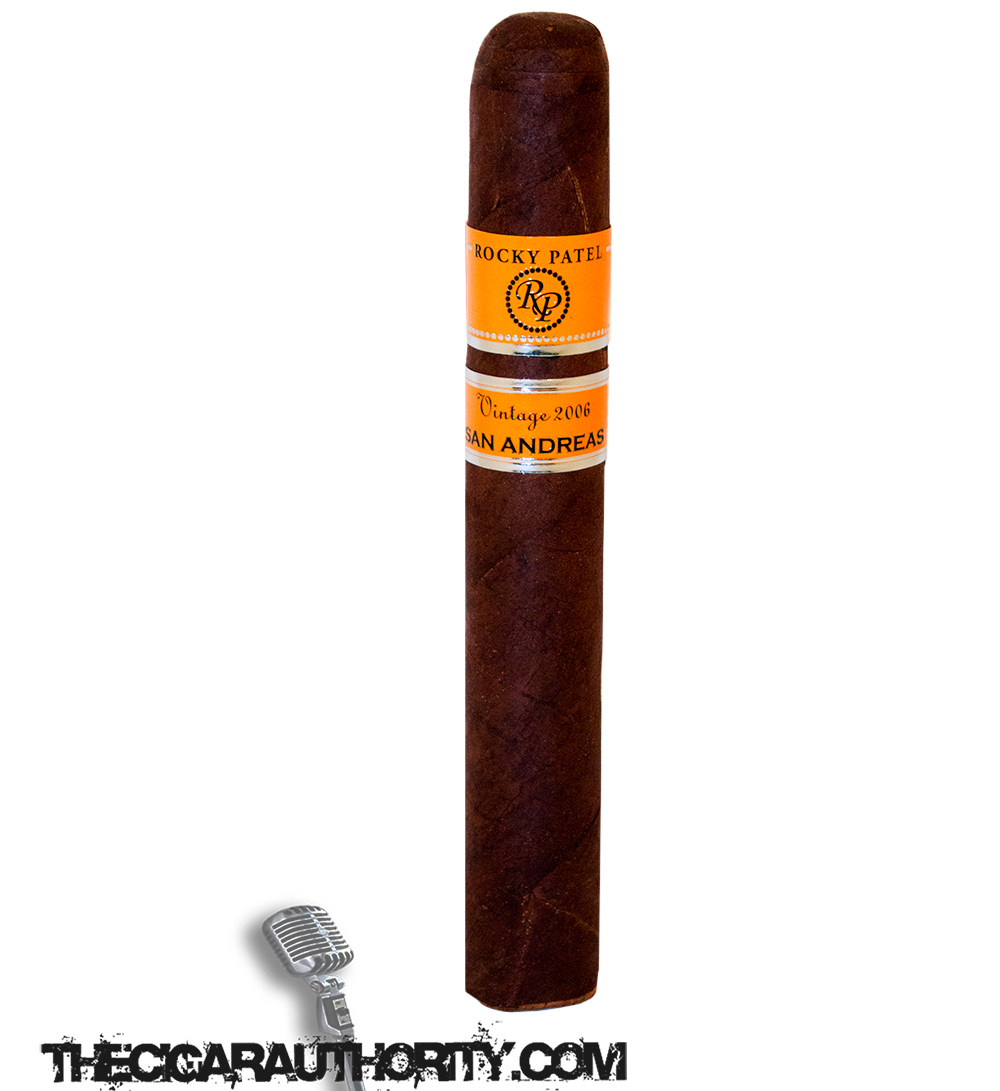 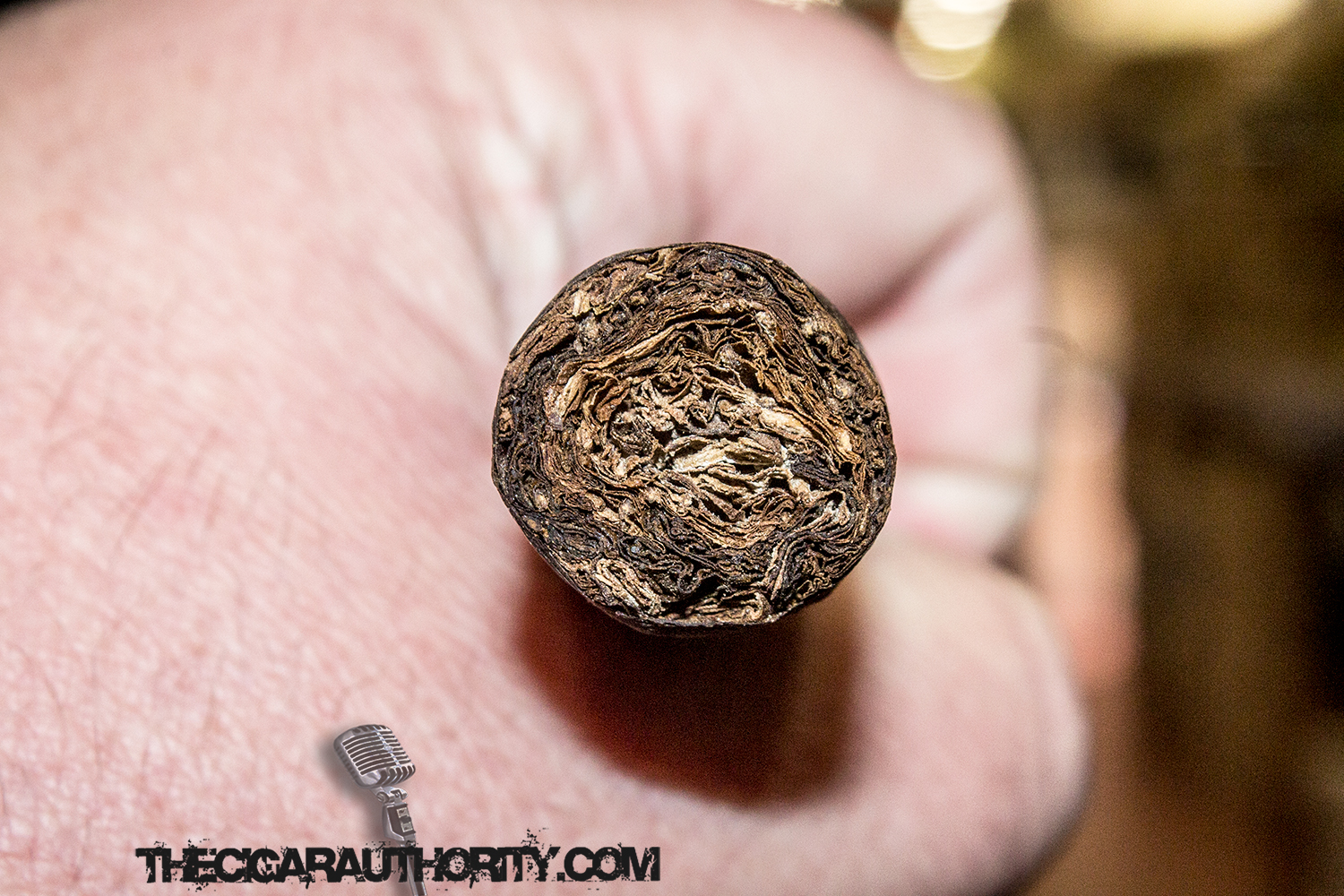 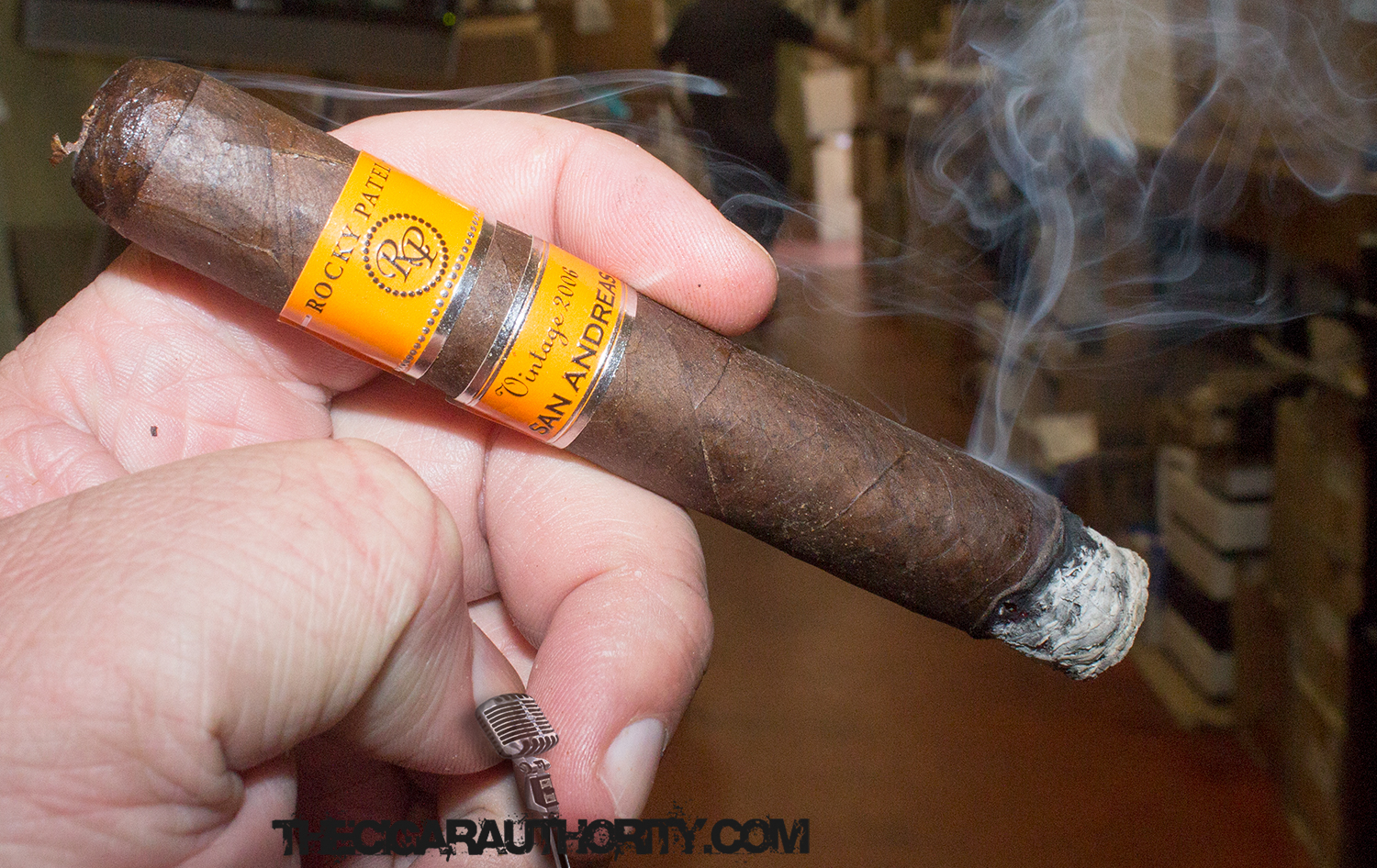